"Lavender" was a song that went against the grain of 80s musical trends at the time. With most rock and pop bands releasing big budget videos and using synths as their lead sound, Marillion, instead, opted for a good old-fashioned grand piano as the lead sound and shot an ultra-low budget video. Apparently, the video was filmed with a budget of just £99 and filmed at the Duck and Hounds Stage Hall in Glasgow. It's a shame that such a beautiful, epic-sounding song on which Fish sings his heart out, had an accompanying video that looked like something from a low budget Doctor Who set - it deserved better!

"Lavender" was the second single to be released from Marillion's third studio album, the critically acclaimed Misplaced Childhood. It became the second consecutive single to reach the Top 5 in the UK, although it was also their last single to do so. Previously, the lead single "Kayleigh", a guitar-driven rock ballad, had reached No.2 in the UK singles chart.
"Lavender" entered the UK charts at No.23 on 1st September 1985, making it the third highest new entry that week. This was in the same week that David Bowie and Mick Jagger entered the chart at No.1 with their cover of the Martha & the Vandellas song "Dancing in the Street".
The song is based on the English folk song "Lavender's Blue" which originated in the 17th century. The B-side featured the track "Freaks". Marillion's version spent a total of nine weeks in the UK singles chart.
The track was recorded at Hansa Ton Studios in Berlin between March and May 1985. All band members are credited as songwriters; Fish, Steve Rothery, Mark Kelly, Pete Trewavas and Ian Mosley. The song was produced by Chris Kimsey.
"Lavender" is a pretty short track with a runtime of just 2:28. Indeed, it is one of four tracks to run at under 3 minutes on Misplaced Childhood. A third single was released from the album. "Heart of Lothian" reached No.29 in the UK.
During 1985, Marillion were at the peak of their musical career, with their album Misplaced Childhood reaching No.1 and achieving Platinum sales. 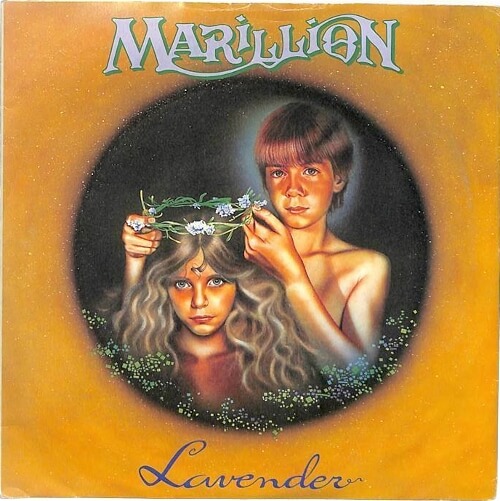