This one hit wonder from 1987 is considered to be the first UK number one to be created entirely of samples from other songs - the UK version included 25 samples. This was the only release by the group, which was a collaboration of two other groups A. R. Kane and Colourbox, with extra help from DJs Dave Dorrell and C. J. Mackintosh.
However, despite the track becoming a massive hit, the road to success was a very bumpy ride and filled with bitter feuds, injunctions and legal challenges.
Rather than working together in one studio, each of the groups recorded their own separate tracks and then swapped them to add extra input. This was due to a clash of personalities and conflict between the groups when in the same studio, giving producer John Fryer a headache, no doubt!
The name MARRS was created by using the first letter from the forenames of each artist involved in making the record. These were Martin Young, Alex Ayuli, Rudy Tambala, Russell Smith and Steve Young. Young sadly died on July 13th 2016. 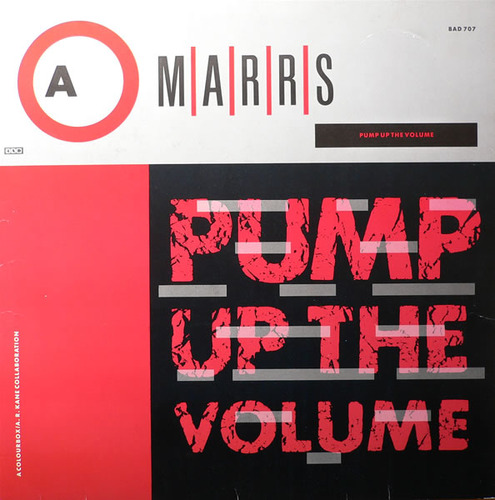 "Pump Up The Volume" was actually released as a double-A side with "Anitina", although the flipside received very little airplay. Indeed, I have no idea what it even sounds like!
In the UK, the single was released on 4AD, an independent record label that was formed in 1980 by Ivo Watts-Russell and Peter Kent. In the US, however, a different version of the single was released (on 4th & B'way/Island Records) which had some of the samples removed due to legal issues.
The single topped the charts in numerous countries (including here in the UK) and is widely regarded by many as a very significant and groundbreaking acid house track due to its use of samples.
When the single had reached #2 in the UK singles chart, and while their own single "Never Gonna Give You Up" by Rick Astley was still at No.1, Stock, Aitken & Waterman decided to take out an injunction against "Pump Up The Volume" as they were very unhappy with the use of a distorted sample from their single "Roadblock". This held up distribution for several days, and overseas released of the single had the offending sample removed. Of course, many observers claimed that the injunction was a ploy to keep Rick Astley at No.1.
By 13th September, MARRS had climbed from #11 to '#2, and remained there on 20th Sept with Astley holding on the the No.1 spot. However, on 27th Sept it was MARRS who claimed the No.1 position (which they held for two weeks) with Rick slipping to #2. On 11th October, The Bee Gees topped the charts with "You Win again", with MARRS slipping to No.3. 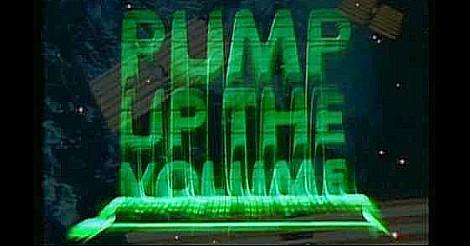