THE MATCHROOM MOB WITH CHAS AND DAVE "SNOOKER LOOPY"

It's very rare that you hear a good old fashioned novelty song on the radio these days, but back in the 80s, hardly a month passed by without some kind of humorous record playing on Radio 1. The cockney pop/rock duo Chas and Dave could usually be relied upon to craft a pretty decent pub singalong tune, although, of course, their music is certainly not to everyone's taste.
The song and video featured five 80s celebrity snooker players we all grew up watching, and these were Steve Davis, Dennis Taylor, Terry Griffiths, Willie Thorne and Tony Meo. Interestingly, all of these players are still very much alive and kicking, thankfully.
While the song's lyrics and the video are amusing, it's not one of my favourite tracks by the duo. I prefer the tempo a little faster, such as on their 1980/81 top ten hit "Rabbit". Quite frankly, I find the teatime chorus to "Snooker Loopy" about as pleasurable as listening to someone scraping their nails down a blackboard at a Reynolds Girls concert.
Initially, the song's chart performance was underwhelming, entering the UK singles chart at #98 on 13th April 1986. It didn't break into the Top 40 until 4th May, when it reached #37. The single jumped to #11 the following week and reached a peak position of #6 on 18th May for one week. During this week, another novelty record The Chicken Song by Spitting Image was at No.1.
It's somewhat ironic that the 1986 snooker Championship was later won by a player that never featured on the record and that hardly anyone had heard of at the time, Joe Johnson.
During an interview with The Guardian in august 2016, snooker player Steve Davis stated "Snooker Loopy is an albatross around my neck". 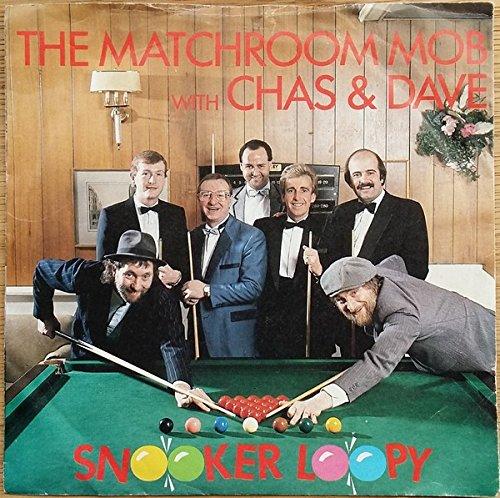 The single was released on the Rockney record label and the B-side featured the track "Wallop (Snookered)", which I actually prefer to the A-side thanks to some nifty honky tonk piano playing. 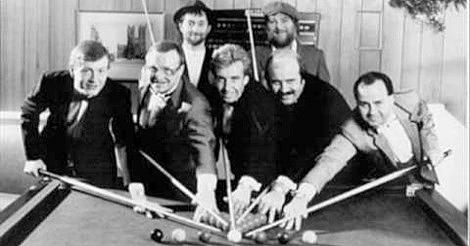 Cliff Richard and The Young Ones