Between 1986 and 1988, sisters Melanie and Kim Appleby achieved chart success with four top 10 hit singles and the No.3 album F.L.M. "Respectable" was the duo's second hit single and became a chart topper in numerous countries, including the UK.
The single was also the second British #1 for producers Stock Aitken & Waterman, and the first they had penned themselves. The producer trio's first No.1 was "You Spin Me Round (Like A Record)" by Dead Or Alive.
"Respectable" sounded so fresh at the time and came just months before Kylie's "I Should Be So Lucky" and her numerous follow-up hits by S/A/W. The "Tay tay tay tay ta ta ta ta ta tay tay"﻿ stuttering added a touch of 80s quirkiness to the song, which is something that was lacking in the later S/A/W hits which were over formulaic and predictable. I guess when you're churning out hit after hit there is no time for distinctiveness.
The song entered the UK charts at #25, taking three weeks to reach No.1 on 28th March 1987, staying there for just one week, being replaced by the Ferry Aid fund-raising single "Let It Be" the following week. 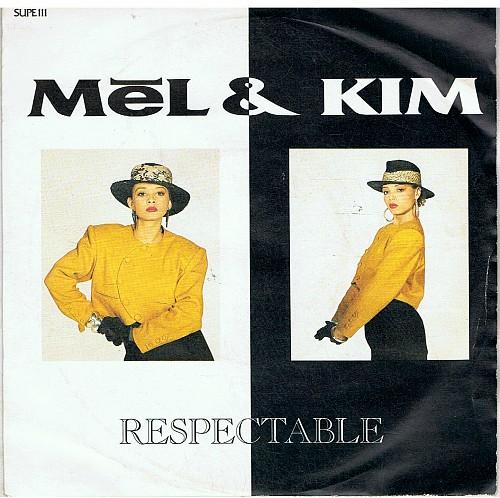 The U.S. version (released by Supreme Atlantic) included the B-side "From A Whisper To A Scream" instead of the instrumental.

The video goes against the grain of lavish 80s video production, and instead focuses on two young pop stars simply enjoying themselves on a low budget set.
Although I'm not a fan of the S/A/W musical productions, I have to admit that I admire the honesty of their videos, which allow the performers to simply be themselves.
The first minute and a half is set in a dark and dingy, American style backstreet full of overflowing trash cans, which doesn't really match the joyful tone of the song. The first character we see is dog, followed by a New York cop asleep on the job whilst leaning against a lamp post. Mel & Kim start dancing and this startles the cop (in a rather amusing, over-the-top fashion) and wakes him up, causing his hat to fall off. The cop angrily approaches the girls, but they push him away.
Then the duo walk through two doors which are covered by an old billboard poster advertising Florida. They enter what looks like a cheap movie set with lots of atmospheric disco smoke, spotlights and a shiny black floor with a big white screen, which the girls dance against. I haven't really worked out quite what the setting is supposed to be, but it's pretty odd. 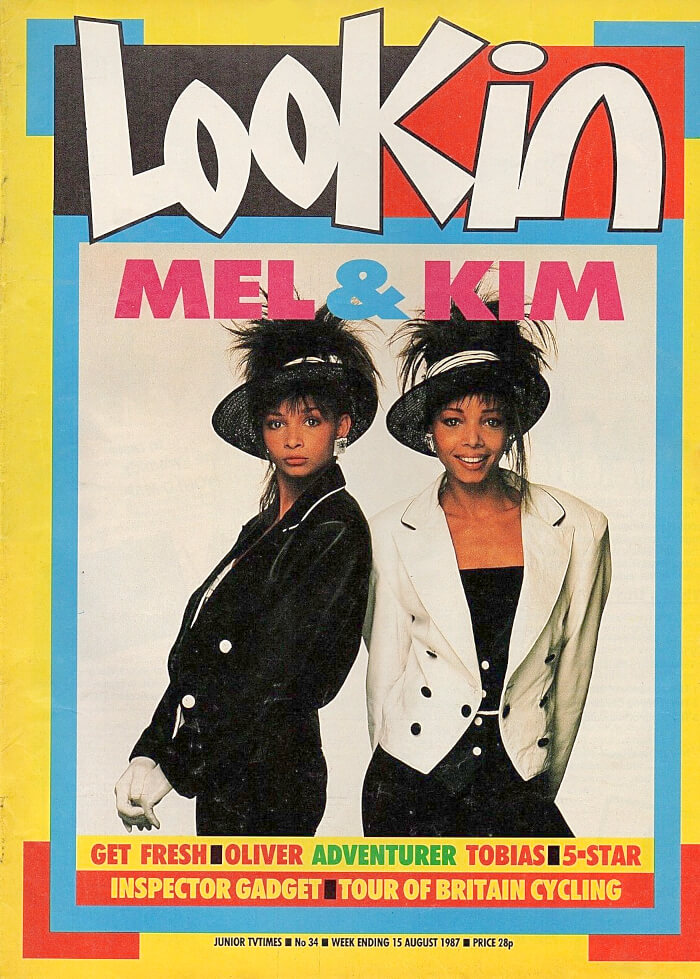 Rick Astley - Never Gonna Give You Up

Kylie Minogue - Got To Be Certain

The Reynolds Girls - I'd Rather Jack