Following three consecutive top ten hit singles in the UK, the duo's fourth single did not feature on their debut album F.L.M. Instead, it was recorded for the Coming To America soundtrack album - the 1988 comedy starred Eddie Murphy as crown prince Akeem Joffer.
Sadly, this was the duo's final single release, as Melanie Appleby lost her battle with cancer on 18th Jan 1990. She was unable to fight off pneumonia due to the weakening of her immune system caused by the chemotherapy.
Melanie had rarely been seen in public since mid 1987, and the release of "That's The Way It Is" on 15th Feb 1988, coincided with press reports that she was fighting cancer. Shortly before this (on 8th Feb), the duo had received a Brit Awards nomination for 'Best British Breakthrough Act'.
While still receiving chemotherapy, the duo made an appearance on The Wogan Show in April 1988.
The B-side featured the track "You Changed My Life", which was the first track penned by the two girls. The standard 12" and CD singles also included a third track "I'm The One Who Really Loves You" (US Remix). The original version featured on their F.L.M. album. "That's The Way It Is (12"/Club Mix) replaced the edited single version. Further 12" versions were released with a House Remix/Special Mix, Acid House, and Acid Dub versions.

The pair did not appear in the promo video for the single due to Mel's illness. However, Supreme Records were still insisting that the reason the girls were not in the video was because of a "slipped disc" in her back.
The video starts with a young couple approaching the backstage of a studio which has a sign on the door stating "Mel & Kim shoot in progress - no entry". The male is listening to "Showing Out (Get Fresh At The Weekend)" in his headphones. They read an article from The Sun headlined "£100,000 Boob ruins Mel and Kim's video". They enter the empty studio and switch on the studio lights. They start a reel to reel tape player which plays "That's The Way It Is", and as the male starts to dance, the girl start the cameras rolling which show dancers on a big screen in the background. While dancing, the dancers in the film jump out of the screen, and the couple join them to perform a dance routine.

Melodically, the single was the weakest of all their releases, and this was reflected in the chart performance. The single entered the UK singles chart at Mo.24 on 21st Feb 1988, making it the fourth highest new entry that week. The single reached No.10 for one week on 6th March, while two other Stock Aitken Waterman (SAW) productions were dominating the charts. Kylie Minogue was at No.1 with "I Should Be So Lucky", and Rick Astley was at No.2 with "Together Forever".
"That's The Way It Is" performed quite well in the charts across Europe, reaching No.4 in Belgium, No.5 in Netherlands, No.9 in Switzerland, No.18 in Germany, and No.36 in France. The single also reached No.10 in New Zealand, and No.28 in Australia. 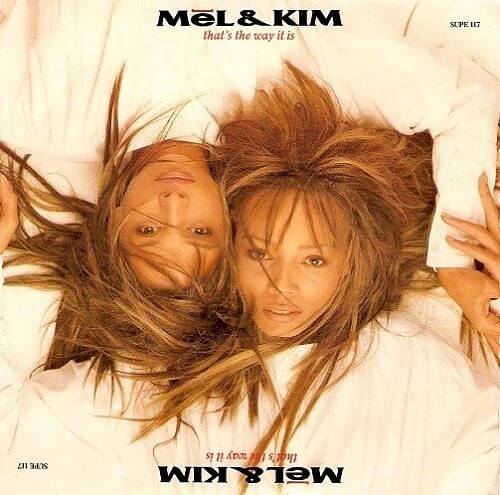 30 years after the release of their final single, a new single was released in Feb 2018 entitled "Where Is Love", which was a previously unfinished demo track, along with many remixes of the song.