For a short while in the 80s, this Australian band were pretty huge and they had a simultaneous No.1 album Business as Usual and No.1 single Down Under in the charts in both America and the UK during 1983.

Overall, the band released three studio albums during the eighties, achieving their biggest success in America and their hometown of Australia. 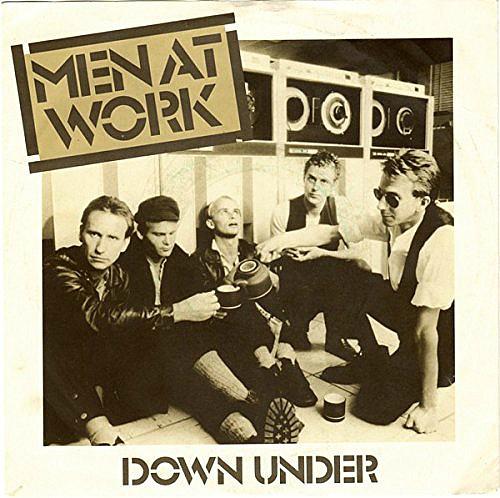 The follow-up album was entitled Cargo, and this was not quite as successful, but still faired very well for a second album, managing 3x Platinum sales in Australia, Canada and America, although it only managed Gold status in the UK.
Two Hearts was the third and final album and was also the least successful, only achieving minor success in the U.S.

This is one of those annoyingly catchy tunes from the 80s with enigmatic lyrics that hardly anyone really bothered to find out the true meaning of. "He just smiled and gave me a vegemite sandwich" is one such example. Just in case you were wondering, vegemite is an Australian brand of yeast extract spread just like Marmite is here in the UK - damn awful stuff if you want my opinion!

As amusing as the lyrics may seem, delve into them and they contain a serious message about the over development of Australia. They tell the story of a man proud of his origins and travelling the world in a VW camper van and communicating with people about his home country.

The song was originally released in 1981, and also made #1 in Australia and the U.S. In the UK the single was knocked off the top spot by Kajagoogoo with "Too Shy". 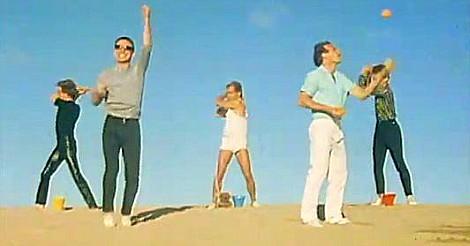 Video grab from "Down Under"

This single failed to hit the Top 40 in the UK, peaking at #45. However, it was a No.1 in the U.S. on the Billboard Hot 100, and also a No.2 hit in Australia where it was first released in June 1981, before the band had even recorded the rest of the Business as Usual album!

Overkill was the last Men At Work single to chart in the UK, reaching #21, but it faired better in the U.S. peaking at #3 on the Billboard Hot 100. This single was taken from the second album Cargo and it was written by the band's lead singer Colin Hay.

Taken from the album Cargo, this was the last single to chart on the Billboard Hot 100, reaching #28 in November 1983. In the UK the song was a also minor hit peaking at #31. 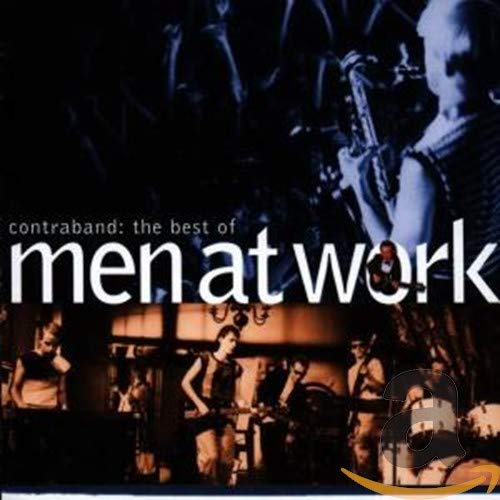 Contraband: The Best of Men At WorkBUY AT AMAZON

Mental As Anything "Live It Up"