You may well remember staying up late to watch the premiere of Michael Jackson's "Thriller" video on Channel 4. Unfortunately, we could not receive the relatively new TV station in our village, which had launched a year earlier on Nov 2nd 1982. In fact, we had to wait until 1985 before receiving the channel!

I must have spent about an hour frantically trying to fine tune a weak signal from another transmitter and placing the indoor aerial in exactly the right position. Although I did manage to watch the video premiere (even though on my TV set it looked like it had been filmed in a snowstorm), I was absolutely mortified that all of my friends who lived outside the village were going to be gloating about the fact they had watched the video epic with a crystal clear picture.

"Thriller" was itself a mini horror movie. Lasting for almost fourteen minutes, the horror musical epic featured a choreographed dance routine with zombies (fronted by Michael himself, of course) and received critical acclaim, winning three MTV video awards. The red leather outfit that Jackson wore also became an iconic part of the 80s. Of course, the video wasn't without its critics, with some stating their displeasure at the occult theme.

There have been many conflicting reports over the years as to the exact budget that was spent on creating the video, with estimates from $800,000 to $1,000,000. However, Landis himself stated that just $500,000 was spent, and much of this came from Michael Jackson's own pockets.

"Thriller" was the 7th and final single and the title track from the best-selling album of all time, and was originally released on 2nd Nov 1983 here in the UK - it wasn't released until Jan 24th 1984 in the U.S. The Thriller album was Michael Jackson's sixth studio album and had been released a year earlier in Nov 1982.

In just 8 years, the official video has been viewed by a staggering 457 million viewers on Youtube.

The title song features the voice of horror actor Vincent Price and reached #4 on the Billboard Hot 100 during 1984, although by the time of it's release, just about every fan had bought the album and had heard the song anyway.

With regards to the Thriller album, what more can I say that hasn't already been said? It's a pop masterpiece, and if you've never listened to the album then you really need to right now!

We all have memories of what we were doing when Thriller was released and many memories can be linked to music. For instance, I have a funny memory from when I was camping with a friend in 1984 and playing the cassette of the Thriller album just before 12.00am. By the way, I had borrowed the tape off another friend who had also lent us the tent!

My friend asked me what the time was and I had wound the tape to the part where Michael sings "It's close to Midnight, and there's something evil lurking in the dark"! We were pretty crazy in those days and you kind of lose that energy and imagination as you grow older, although you tend to gain other qualities such as wisdom and responsibility.

"Thriller" single re-entered the UK Top 40 at No.34 for the week starting 3rd Nov 2017. And spookily, the number 34 represents the exact number of years that had passed since the song's original release on Nov 2nd 1983.

So 34 years later, and a whole new generation of teenagers were discovering the epicness of "Thriller" for themselves. Let's just hope they appreciated the hard work that went into it creating it.

On Nov 19th 1983, the original single entered the UK singles chart at #24, climbing to its peak position of #10 the following week. During this time, Jackson was also at No.2 with "Say Say Say", a duet with Paul McCartney. 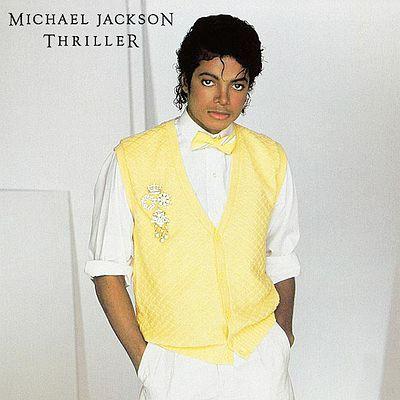 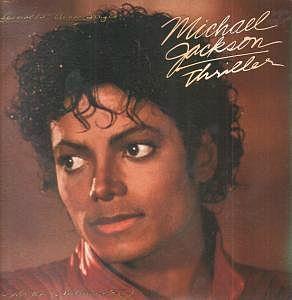