If you're from the United Kingdom and you were asked to name a popular synth-pop duo from the 80s, then chances are that Modern Talking would not be one of them. However, although the German duo could only manage just one hit here with "Brother Louie", across Europe they were huge, and in their home country, the song became their fourth consecutive No.1.
Indeed, they were far from one hit wonders, and have no less than nine Platinum selling albums to their name - that's some achievement! Despite this success, many music critics hated them, often describing their 80s eurodisco sound as "cheesy" and "unoriginal". Nonetheless, songwriter Dieter Bohlen (the blonde one) is often described as a "pop titan" by the German media. 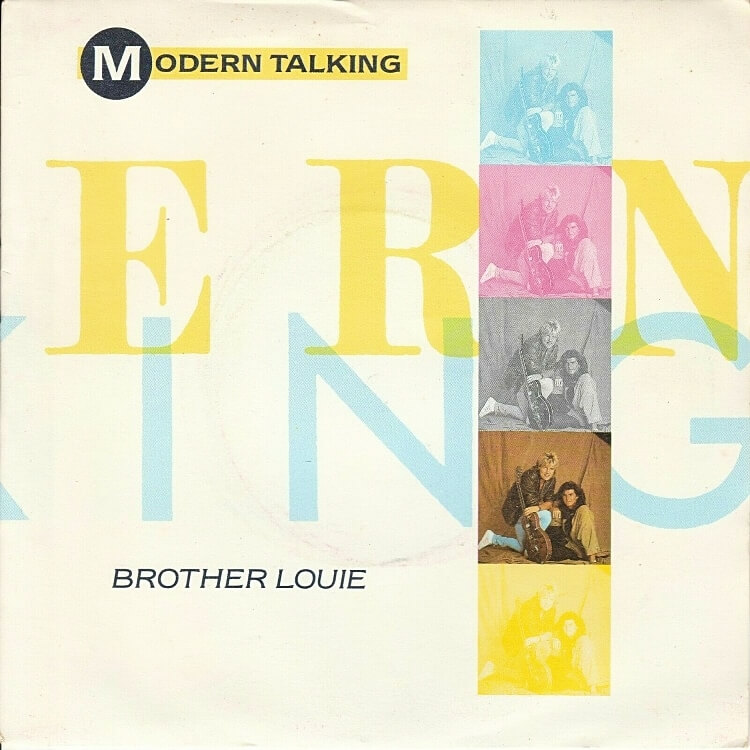 Together with lead singer Thomas Anders, Modern Talking sold around 120 million records across the globe. They split-up in 1987 (which I'll come to in a moment), but reunited in 1998 and continued to have hits until their second break-up in 2003, when "TV Makes The Superstar" reached No.2 in Germany.

"Brother Louie" was released as the first single from the duo's third studio album Ready For Romance. It reached No.1 in Germany for four weeks in March 1986. In the UK, it wasn't a hit until the late summer, when the single entered the singles chart at No.37 on 10th August. It reached No.4 for two weeks on 24th Aug, spending a total of 10 weeks inside the top 100. Previous singles "You're My Heart, You're My Soul", "You Can Win If You Want" and "Cheri, Cheri Lady" all reached No.1 in Germany and Austria, but failed to make the Top 40 in the UK.

The video focuses heavily on the duo, who are performing on a square stage surrounded by clapping fans. Near the start of the video, Thomas Anders climbs out of a classic car. The video also features footage from the Italian-American crime drama movie Once Upon A Time in America, which starred Robert De Niro and James Woods.

The duo's relationship during the 1980's was often turbulent, but tensions grew further when their sixth studio album In The Garden Of Venus suffered from poor sales, becoming their first album not to reach the top 5 in Germany, stalling at No.35. Inevitably, they split-up.
It would be some ten years before the duo even spoke to each other again, but in 1998 they made a huge comeback, with their album Back For Good rocketing up the charts to reach No.1 in numerous countries (including their home country) and becoming their best-selling album globally. However, the album was short on new material, containing only four new tracks, the rest being made up of new versions and remixes of old songs. Nonethless, it was a format the record-buying public seemed to adore.

Shortly after reuniting in 1998, a remixed entitled "Brother Louie '98" was released, reaching No.16 in Germany, but faired better in France and Spain, where it reached No.2. The mix is basically the same song but with an added stereotypical 90s eurodance beat and a rap by the American rapper Eric Singleton, to try and gain a new audience. Singleton also appeared in the "You're My Heart, You're My Soul" '98 Remix, "China In Her Eyes" and "Last Exit To Brooklyn".
It has to be said that the guys are looking great in the video, particularly singer Anders, who has ditched his slightly feminine look with make-up and long locks, for a more rugged, natural look. This remix was not released in the UK.
However, "Brother Louie '99" was released here instead in 1999 (as you would expect!) and features special mixes by DJ Cappiccio (whoever he is?) which were not included on the '98 version. Despite our exclusive mixes, it seems the UK wasn't quite ready for DJ Cappiccio, and the single failed to even chart. 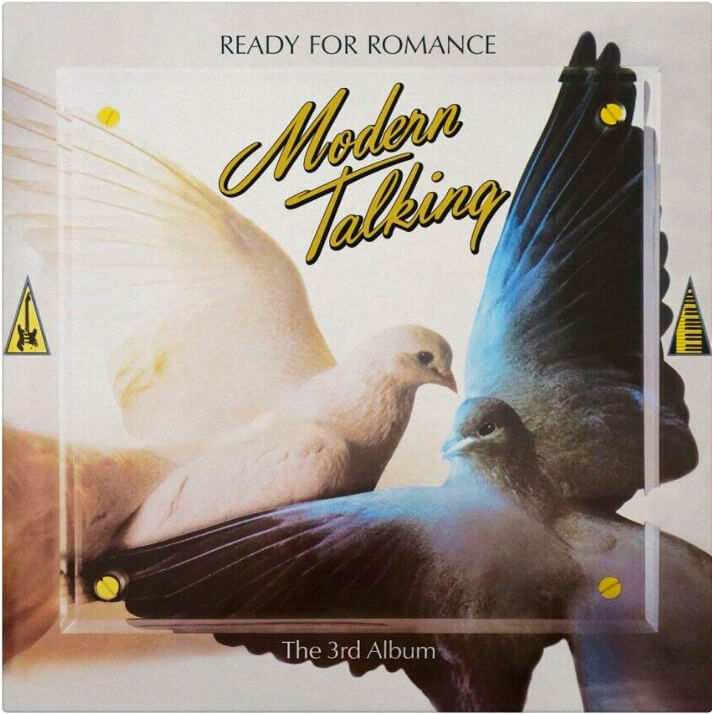