Nanu, Nanu! (I originally thought it was Nanoo, Nanoo!) - who can forget this? The American sci-fi comedy originally aired between 1978 and 1982, and starred Robin Williams as Mork (an alien from the planet Ork) and Pam Dawber as Mindy, Mork's human roommate. You can see the opening titles in the clip above.

Mork actually made his first appearance in Happy Days in the episode My Favourite Orkan which was shown in season 5.

Mork And Mindy ran for four seasons (95 episodes) and the story began with Mork landing on Earth in an egg-shaped craft, after being sent on a mission to observe the behaviour of the human race by his leader, Orson, who was voiced by Ralph James.

The first series was a big hit and ranked at #3 in the ratings, but the audience gradually declined as each new series was aired. This left Robin Williams reluctant to do a fourth series as the show had already slumped to #49 in the TV ratings charts, and a lot of changes were made. The show slumped further to #60 and the show was then cancelled.

Of course, Williams went on to star in a whole array of movies inc. Good Morning, Vietnam in 1987 and Mrs Doubtfire in 1993, to name but a few. He has also provided his voice for numerous cartoon movies, the most recent being Happy Feet and Happy Feet 2. Pam Dawber played Samantha Russell in the situation comedy My Sister Sam between 1986 and 1988, but has since also had roles in numerous movies and provided the voice for characters in several kids movies, and the voice of Perdy in 101 Dalmations: The Series during the 90s. 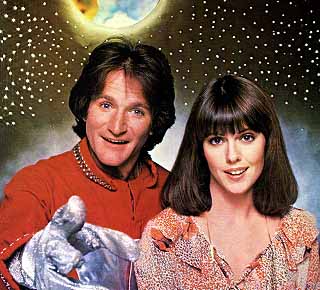 Mindy's father, Fred McConnell (played by Conrad Janis) is a widower, and in the first series was the owner of a music shop with his mother-in-law, Grandma Cora Hudson (Elizabeth Kerr).
Mindy had a neighbour who lived downstairs called Franklin Delano Bickley (Tom Poston) who wrote greetings card messages for a living. He was a pretty grumpy character in the early series, but warmed to Mork and Mindy as the series progressed.

Simplyeighties.com is a particpant in the Amazon Associates affiliate advertising program. These enable trusted sites (like ours) to earn fees by linking to products on their websites. 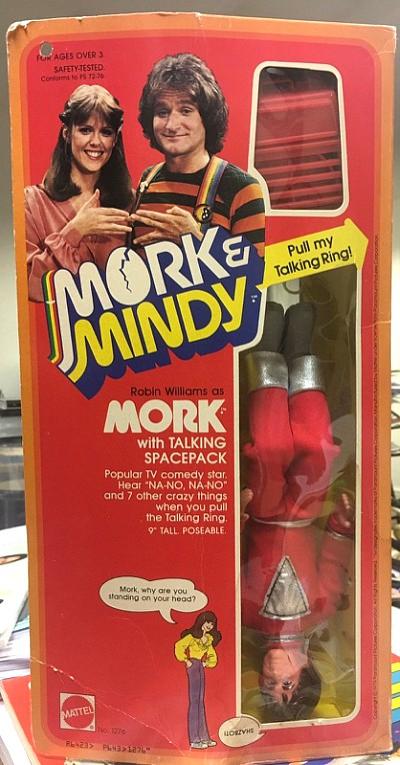 Mork talking doll from 1979 - pull his talking ring! Hmm, whatever turns you on!

Here is the Hanna-Barbera cartoon which was based on the TV series. As with the Laurel and Hardy cartoons (I love those guys, but hated the cartoon series!), I'm not sure that I can see the point of a cartoon, really, as the comedy of the original series was enjoyed by a younger audience anyway. 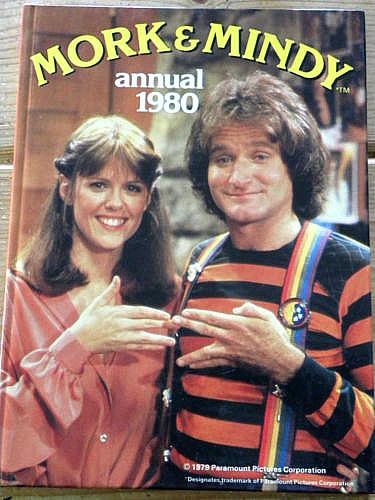 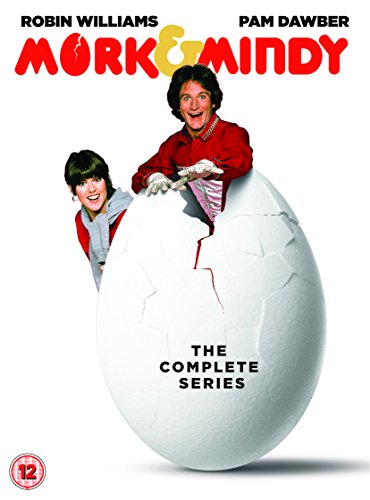 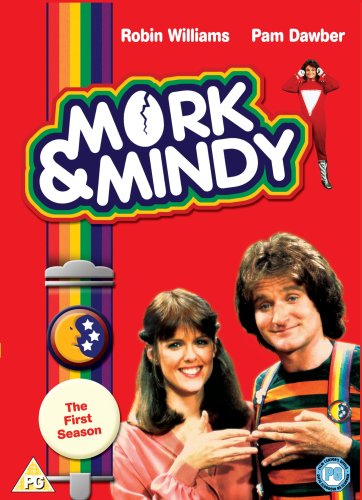 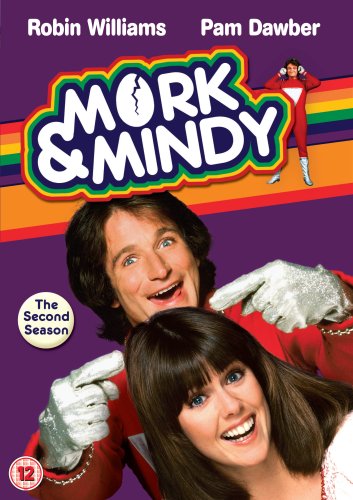 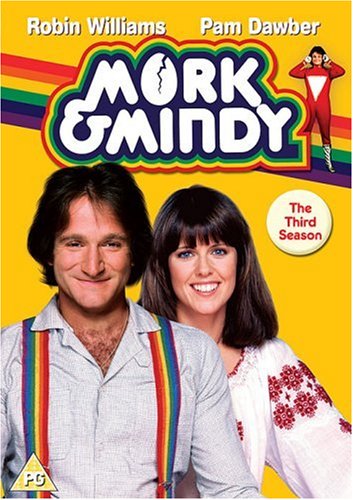 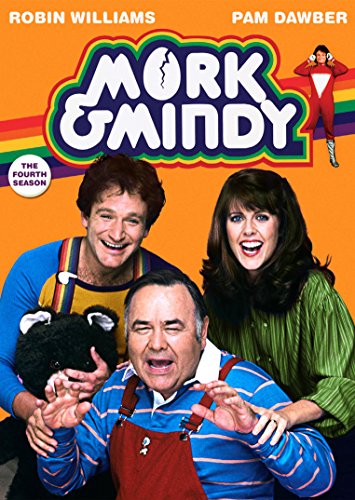 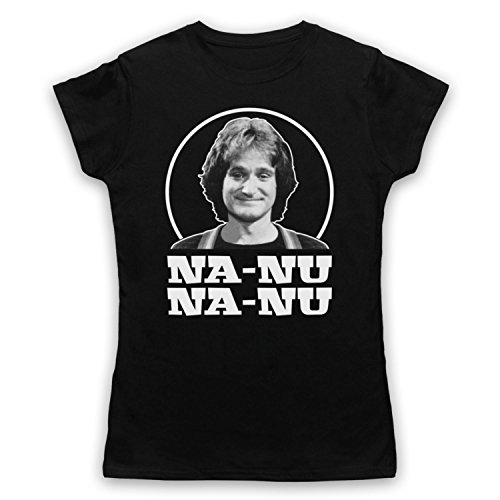 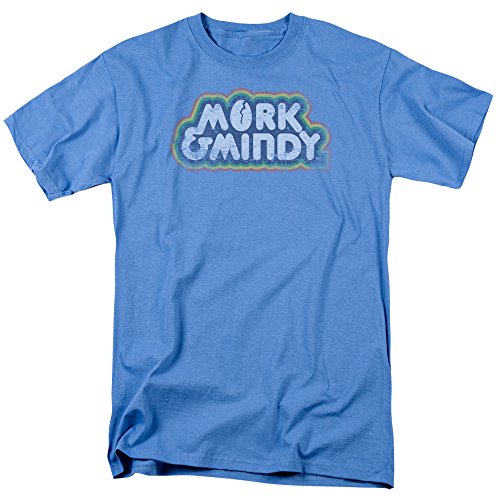 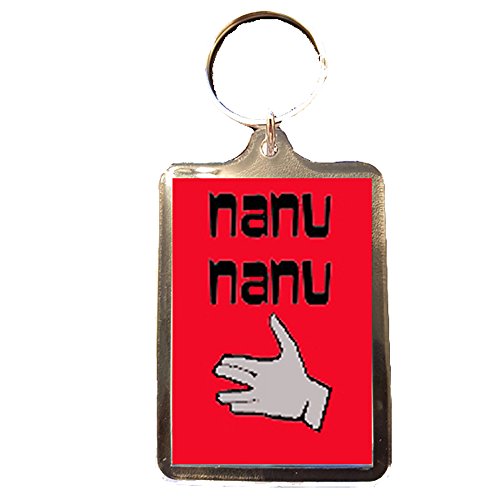 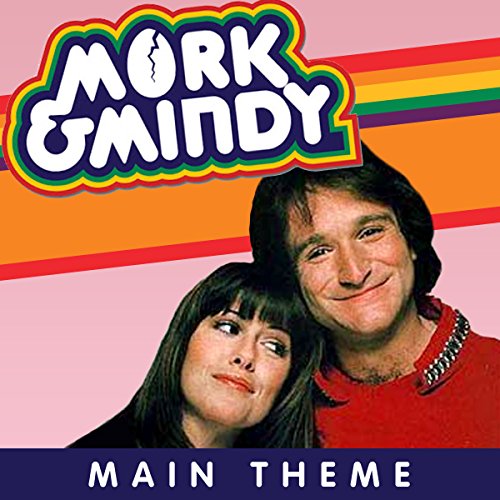