Review by Mark Nobes.
Now, although I was a 12 year old boy who wasn't really quite ready for hard metal, this is a song that I actually adored, and it introduced me to the genre. "Ace of Spades" was a surprise chart hit, given its radio unfriendly, loud, fast and aggressive raw power and understated production. Indeed, it was pretty groundbreaking for a track like this to break into the mainstream.
It's a track that was played, without fail, every week on the Youth Club jukebox by a certain school friend, who will remain unnamed. It makes me very grateful to have been growing up at this time, and today's sanitised garbage just doesn't compare to the variety and quality of music being made back then.
"Ace Of Spades" was released as the title track from Motorhead's fourth studio album, and the distorted bass intro is played by frontman Lemmy. The single was first played on the Rock On Saturday Show on Radio 1 by Graham Neale on 6th September 1980, who also interviewed the band. Just a month later, and Motorhead made their first appearance on BBC Top Of The Pops on 6th October.
The track also featured band members "Fast" Eddie Clarke on lead guitar and Phil "Philthy Animal" Taylor on drums. The B-side to the original 1980 release was "Dirty Love".
The single entered the UK singles chart at No.38 on 26th October 1980, making it the third highest entry that week - David Bowie was the highest new entry at No.20 with "Fashion". "Ace Of Spades" reached a peak position of No.15 on 9th November for two weeks, while Blondie were at the top of the chart with "The Tide is High", a single which my Gran bought me as a present.
However, the song charted even higher at No.13 in Jan 2016, following the death of Lemmy on 28th Dec 2015. Over 200,000 digital copies were sold.
A limited edition 12" picture sleeve was released in 1980 by Bronze Records (limited to 50,000 copies) which featured Motorhead in Santa costumes on the front sleeve, with Lemmy drinking a can of lager and giving the middle finger! The photo was taken at Aylesbury Fair while the band were on tour.
The video at the top of the page features Motorhead performing on Top Of The Pops. The band also performed the single on the seventh episode of the BBC alternative comedy The Young Ones. "Bambi" aired on BBC2 on May 8th 1984, and was the first episode of series 2. The band's line-up featured Lemmy, Phil Campbell (who joined in 1984), Michael "Wurzel" Burston (who also joined in 1984) and Phil Taylor, who had already left the band, but agreed to perform for the programme. This was the first time that Campbell and Wurzel had played together.
The lyrics refer to the "dead man's hand". This is the hand that Wild Bill Hicock was holding when he was shot while playing Five Card Stud on August 2nd 1876. The hand features two black eights and two black aces, including the ace of spades.
Lemmy once stated that he wrote the song in the back of a transit van doing 90mph. The frontman had an Ace of Spades tattoo on his left forearm.

Lyrics for Ace of Spades 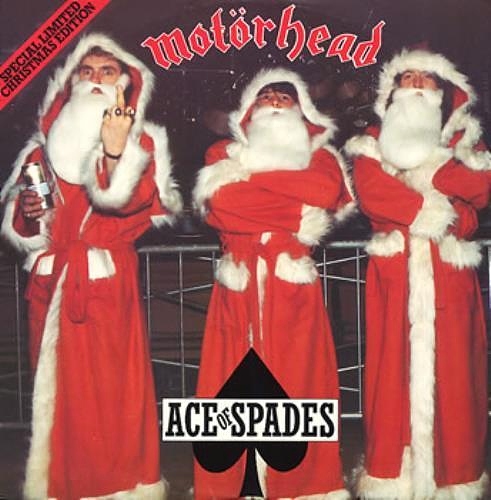 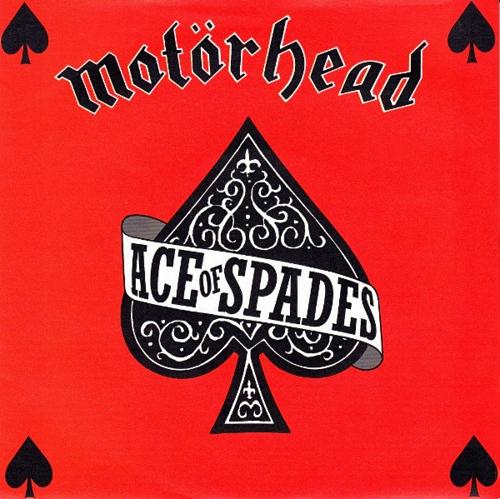