Firstly, the video playlist above features all episodes from the live action series and is from the official Mr. Bean Youtube channel. If you're on a smartphone or tablet then select the full screen icon in the bottom right corner of the video while watching to make the video fit the screen.

According to Google, around 1.8 million people still search for the term "Mr Bean" every month, which goes to show just how brilliant and timeless the comedy character was. There's no doubt that without rubber-faced Rowan Atkinson, the series would never have gained such popularity. At its peak, the series was watched by 18.74 million people.

The pilot episode was broadcast on ITV on 1st January 1990, which is just a day too late for it to be classed as an 80s comedy series. But, of course, many episodes will have been written and filmed during 1989, and the character appeared unofficially much earlier than this, as you will find out.

There are many aspects of the series that certainly are not very 1990s, and that includes that citron green, 1976 British Leyland Mini with its matt black bonnet. It's one of the most recognised mini cars in the world. Did you know, however, that the original mini used in the first episode was actually an orange 1969 BMC Mini MkII? This could very well have been the car that was used in the whole series, but it was involved in an off-screen crash at the end of the first episode! Indeed, you can see the orange mini in the pilot episode and it's first appearance is when Mr. Bean runs a light blue, three-wheeler Reliant Regal Supervan III off the road. The reliant makes several apperances throughout the series (including the cartoon spin-off), although we never see the driver.

The series was created by Rowan Atkinson and Richard Curtis, and Atkinson penned all fifteen episodes, with help from Robin Driscoll and/or Richard Curtis. In episodes 2 to 7, both writers co-wrote each episode with Atkinson.

Dressed in his trademark tweed jacket with a red skinny tie, the infantile and eccentric Mr. Bean manages to turn simple, everyday tasks into chaotic events. He is a character that has very few lines (mainly a low-pitched mumble) and the main comedy is very physical, relying on interactions with other people. The humour is influenced by the silent films from the 1910s and 20s and also Jacques Tate, a French comic actor. The lack of dialogue also made it very easy to sell the series worldwide.

Elements of the Bean character can be seen in the one-off sitcom Canned Laughter which was broadcast in 1979. Some of the routines featuring the character Robert Box (played by Atkinson) were actually used in the 1997 movie Bean.

The Mr. Bean character made his first appearance at the Just For Laughs comedy festival in Canada during 1987. Atkinson used the international platform to try out the character, although he had no name at the time.

A cartoon spin-off series was broadcast from 2002 to 2004 (four series) and featured the voice of Rowan Atkinson.

Teddy is a stuffed toy, of course, but was turned into a loveable character by Bean. The knitted, brown bear with buttons for eyes was involved in many comedy sequences. Teddy actually looked very different in earlier episodes. He first appeared in opening scene of The Trouble With Mr. Bean, lying on the pillow in Bean's bed. It had a smaller head and never featured in the storyline.

Irma Gobb (Matilda Ziegler) is Mr. Bean's girlfriend and appears in three episodes. Bean is rather rude to her and more of a companion than a lover. In The Curse of Mr. bean and Mr. Bean Goes To Town, she is simply credited as "the girlfriend". Her other appearance is in Merry Christmas, Mr. bean. 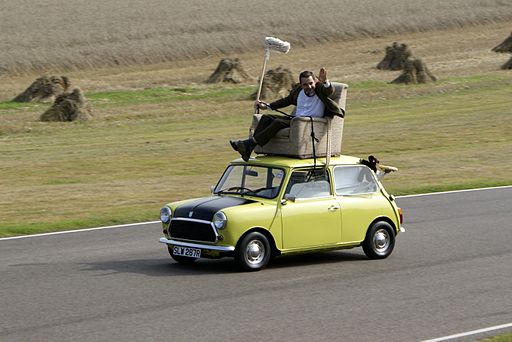 Mr. Bean on top of his Mini at the Goodwood Circuit in 2009. Photo by Nathan Wong (originally posted to Flickr as Mr Bean at Goodwood) [CC BY 2.0], via Wikimedia Commons 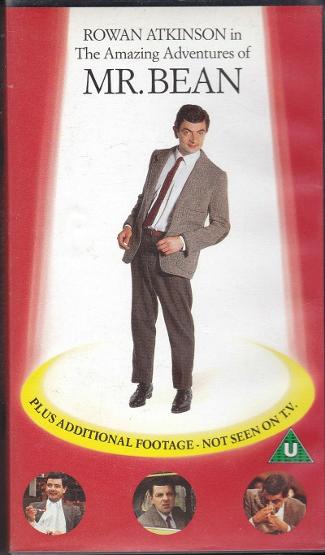 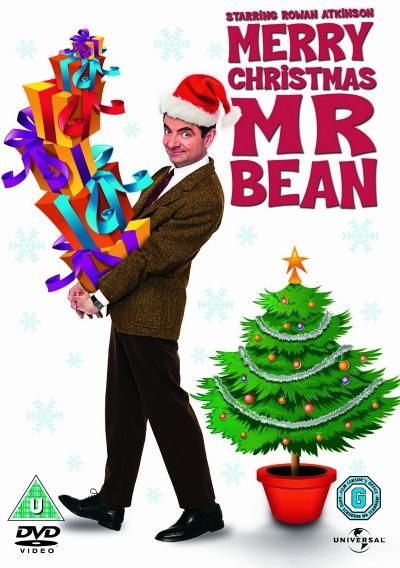