MURRAY HEAD "ONE NIGHT IN BANGKOK"

Memorable for its dramatic, oriental orchestral introduction and it's unusual rap, "One Night in Bangkok" was Murray Head's biggest hit, and his only single release to reach the UK Top 40, officially making it a one hit wonder.
The song was composed by Benny Andersson and Bjorn Ulvaeus from ABBA, with the lyrics penned by Tim Rice, for the concept album Chess, which also became a musical that premiered in the West End of London.
The chorus parts were sung by one of Sweden's biggest pop artists, Anders Glenmark, with the less than convincing rap by Murray Head.
The song entered the UK singles chart at No.85 on 28th October 1984, reaching a peak position of No.12 for one week on 9th December, at a time when there was fierce Christmas competition from artists including Band Aid, Wham!, Frankie Goes To Hollywood and Madonna. Murray Head was still at No.16 on 6th Jan, and spent a total of 15 weeks in the Top 100. The song was also a chart-topper in Australia, Belgium, Germany, Netherland (Single Top 100), Spain and Sweden.
One of the highlights of the song (for me, at least!) is the Jethro Tull style flute solo, which was performed by Bjorn Jason Lindh using the flutter-tongueing technique.
The 7 inch single was edited down to 3:51, but the full 12 inch lasts for 5:38, with the album version lasting for 5:02. The song was later included as track 6 on Murray Head's own 1990 compilation album Watching Ourselves Go By.
The B-side featured a track by The London Symphony Orchestra with the Ambrosian Singers entitled "Merano" (7:38).
In the video, we see Murray Head dressed in a white suit. He plays chess on an oversized chess board with a woman in a room with a chequered floor. Later, he appears with dancers on a chess board floor, although, disappointingly, he doesn't dance.
Interestingly, the Canadian artist Robey had a minor hit with her own version at the same time as Murray Head's release, reaching No.77.
Elaine Paige and Barbara Dickson spent four weeks at No.1 during 1985 with "I Know Him So Well", also from the Chess concept album and musical.
Murray Head is also an actor, and had a lead role as Bob Elkin in the critically acclaimed British film Sunday Bloody Sunday. He released a new studio album in 2012 entitled My Back Pages. His final single was "Some People" in 1986, which failed to chart, although he re-released his 1975 single "Say It Ain't So, Jo" during 2013, which was also unsuccessful.
The artist's only other song to chart was "Superstar", the title song from the Jesus Christ Superstar rock opera, which reached No.47 in the UK, but reached No.14 in the U.S. for two weeks during it's third chart run in 1971. The song reached No.5 in Australia, No.6 in Canada and No.9 in Germany and The Netherlands. 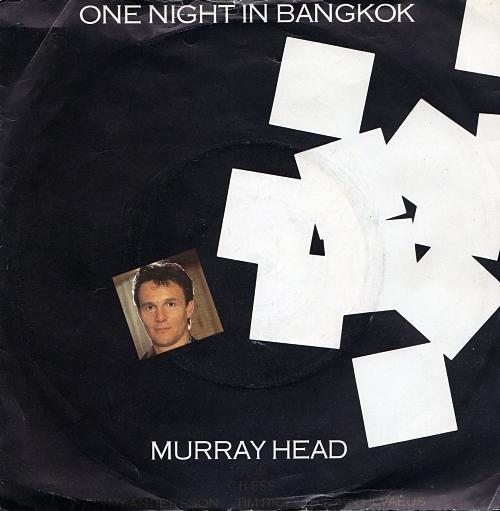 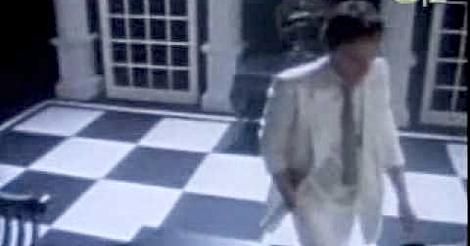 Lyrics for One Night in Bangkok

Rembert Explains the ’80s: Murray Head, ‘One Night in Bangkok

One Night in Bangkok on Wikipedia