NEW KIDS ON THE BLOCK in the 80s 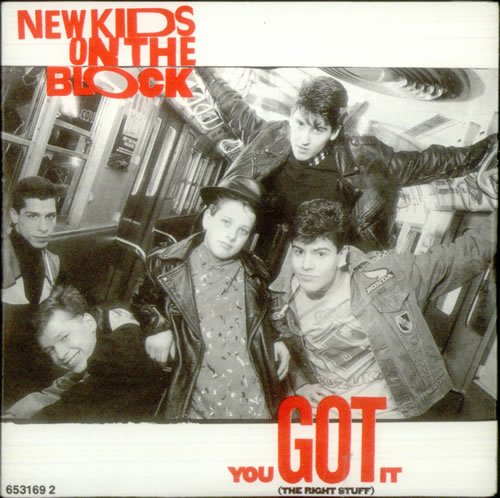 You Got It (The Right Stuff) 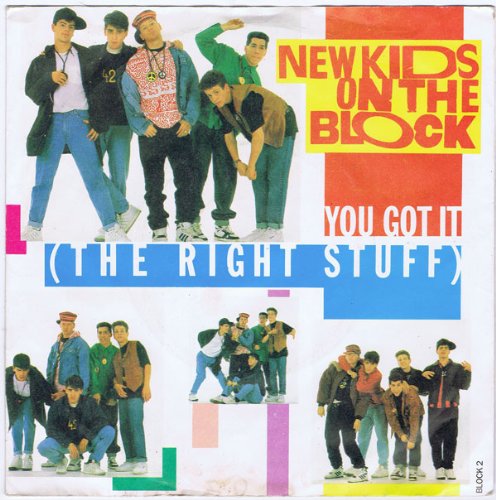 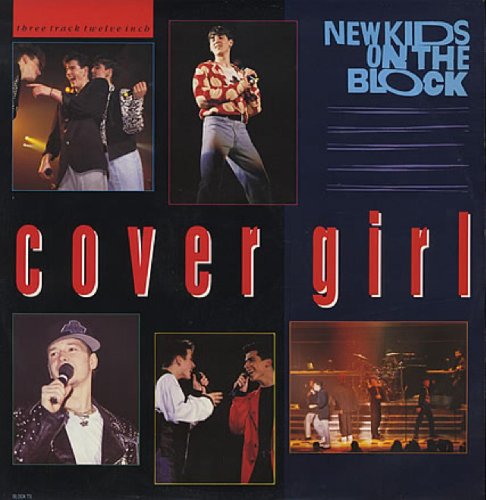 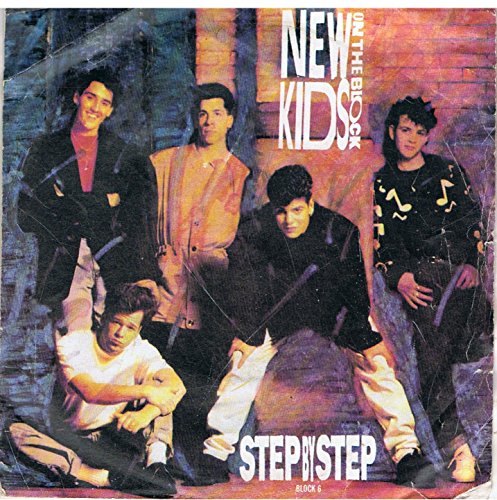 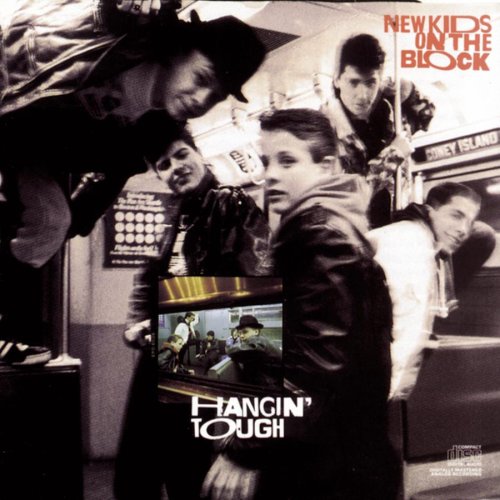 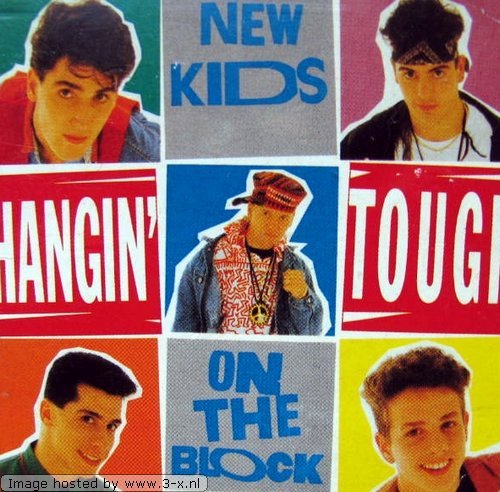 Okay, so I've established that the lads had phenomenal success in the last few years of the 1980s and in 1990, but then what?
As we all know, pop music fans are a fickle lot, and after two years out of the limelight (a colossal amount of time if you're a boy band) the majority of their fans had grown from screaming teenagers into young ladies and gents. The boys and their record company knew this, and after allegations about the group lip-syncing their live performances, a change of image was required.
You may remember the lip-synching scandal that ended the career of Milli Vanilli. Now, New Kids On The Block were facing similar allegations from their associate producer and string arranger on the album Step By Step. Gregory McPherson alleged that the American musician Maurice Starr sang vocals while the boys lip-synced to a backing track during their live shows. He filed a lawsuit against Starr for a breach of contract, but by April 1992 he had dropped it and released a statement that more or less said "they did sing on their lead vocals", even though the boys, allegedly, admitted singing to pre-recorded vocals (with Starr singing harmony) during their live shows.
Renaming themselves NKOTB, a fourth album aptly named Face The Music was released on 25th January 1994. The album featured a more mature sound and received praise from many critics. Despite this, it seemed that the fans had lost interest (and possibly respect) and the album failed to replicate the phenomenal sales of the previous releases. Indeed, many would argue that it was a flop, peaking at #37 in the U.S. album charts (#36 in the UK) and achieving sales of just 27,000 in the first week of release.
What the exact truth is I do not know, but it was all very damaging to the credibility of New Kids On The Block as a live act, for a while, at least. 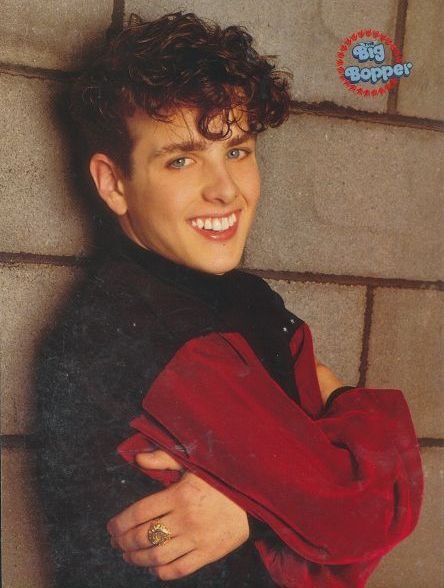 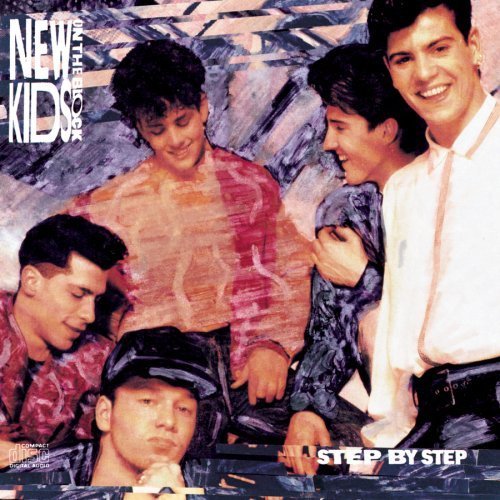 Step By Step by NEW KIDS ON THE BLOCK

No longer able to sell enough tickets to perform in the stadiums and arenas they had become accustomed to, the band now found themselves performing in more humble settings such as clubs and theatres, much to the delight of the press. It was all rather humiliating, to say the least.
90s Singles
1990  Step By Step  #2
1990  Tonight  #3
1990  Let's Try It Again  #8
1991  Games  #14
1991  Call It What You Want  #12
1991  If You Go Away  #9
1994  Dirty Dawg  #27
1994  Never Let You Go  #42
Chart positions shown are for the UK
Inevitably, the group split-up, with each member going their seperate ways. Donnie Wahlberg started an acting career. Joey Mcintyre, Jordan Knight and Danny Wood continued in the pop music industry, all releasing their own debut solo albums in 1999. Oldest member, Jonathan Knight, kept a very low profile, working as a real estate investor, although he did state in 2000 that he suffered from an anxiety disorder.

In 2008, New Kids On The Block reformed (using their full, original title) and in September released their first album in fourteen years, The Block, which sold an impressive 100,000 units in its first week alone. Reaching #2 on the Billboard 200, and #16 in the UK, the album featured collaborations with well-known artists including Lady gaga, The Pussycat Dolls, Ne-Yo, Akon, Teddy Riley and New Edition. Three singles were also released, Summertime, Single and Dirty Dancing. 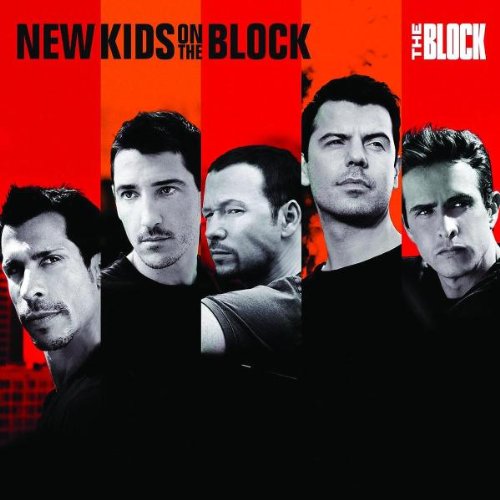 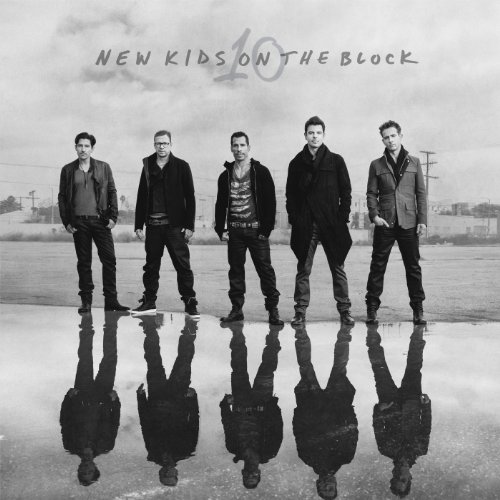 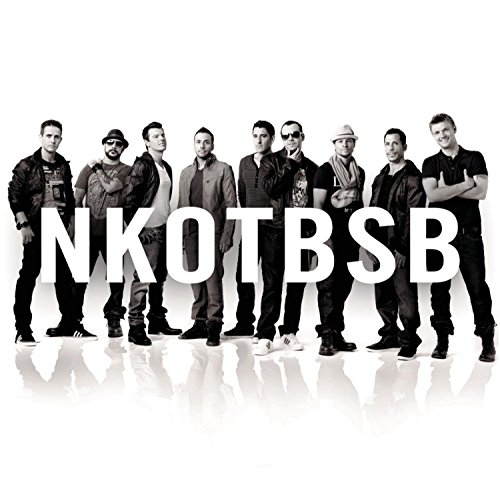 In 2011, the five singers joined forces with Backstreet Boys to form the supergroup NKOTBSB. They released an album (also titled NKOTBSB) which featured five hit songs from each group, plus two joint recording, All In My Head and Don't Turn Out The Lights, plus a mashup.
In April 2013, the group release another album, 10, which reached #6 in the U.S. and #47 in the UK. The reviews by critics were rather mixed, and the album wasn't as successful as The Block, with sales of 48,000 in its first week.
In 2015, the group toured North America and performed at 47 concerts, grossing over $26 million.
New Kids On The Block are performing live again in August and October 2016 at Coney Island, Hershey and New Orleans in the U.S. You can view a full list of events on their website. 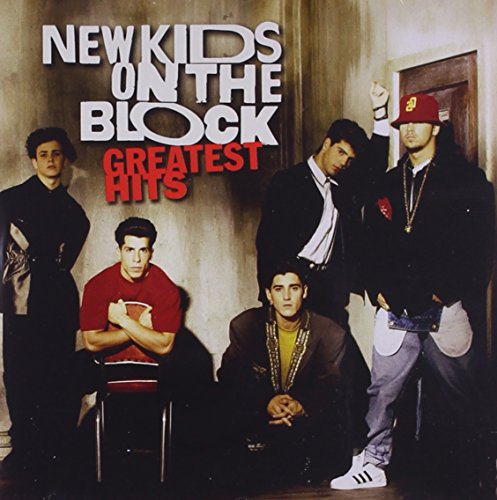 Living in a Box

Voice of the Beehive