Most definitely one of my favourite 80s artists, Nik Kershaw spent fifty weeks in the UK singles chart during 1984. The re-issue of "I Won't Let The Sun Go Down On Me" reached #2 (following the popularity of "Wouldn't It Be Good") during the early summer of that very memorable year for pop music, although the original release in September 1983 peaked at #47.

The song featured on Nik Kershaw's debut album Human Racing which reached #5 in the UK and #70 in the U.S. Other hit singles from the album were; Wouldn't It Be Good (#4 for three weeks), Dancing Girls (#13) and the title track Human Racing (#19).

The lyrics reflect the cold war period and deal with the threat of Nuclear War, as did Frankie Goes To Hollywood's Two Tribes which spent nine weeks at the top of the UK singles chart during 1984, and also preventing Nik Kershaw from reaching No.1.

"Forefinger on the button, is he blue or is he red" asks the question will it be the USSR or the United States who start a nuclear war? Fortunately, it was neither. 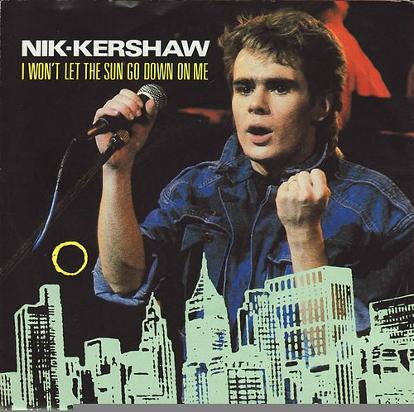 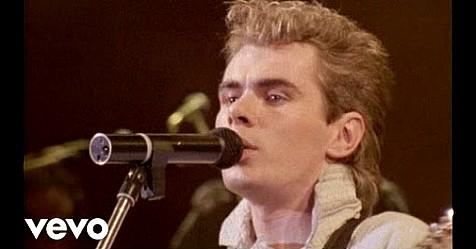 Lyrics for I Won't Let The Sun Go Down On Me