Saturday evenings have never been the same since the demise of Noel's House Party, although the series had become rather stale towards the end. DJ Noel Edmonds was, of course, the host at the fictional house in Crinckley Bottom. Regular celebrity guests included comedian Frank "It's the way I tell 'em" Carson, Frank Thornton (best known for playing Captain Peacock in Are You Being Served?), Vicki Michelle (Yvette Carte-Blanche in the comedy Allo, Allo) and DJ Tony Blackburn.

The highlight of the show was the "Gotcha", in which celebrities became victim to a practical joke.  A particular favourite of mine, though, was NTV in which Noel surprised a member of the public in their own home. They would often be watching the show on their own TV and suddenly found that they were the one being watched - it was the startled look on the face of the victim that made this a joy to watch.

There was one character, though, who used to leave me in fits of laughter, and that was Mr Blobby. As annoying as he was, his fixed grin and wobbly eyes had me in hysterics for some bizarre reason! In fact, he became so popular that he managed to knock Meat Loaf off the top of the British singles chart on 11th December 1993 with the song Mr Blobby.

Of course, in reality this was trash TV, but do programmes always have to educate us just because they're on the BBC? As with The Generation Game during the 70s with Bruce Forsyth and Larry Grayson, on a Saturday evening this was an ideal way for the family to simply chill out and have a laugh together, and the BBC were excellent at providing this undemanding entertainment.

Noel's House Party was shown every Autumn on BBC1 between November 1991 and March 1999 with 169 episodes during 8 series. By the way, the video clip features a clip from the show when Mr blobby went to meet Hyacinth Bucket on Keeping Up Appearances. 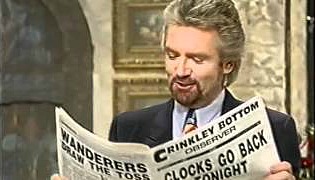 This clip is from May 1992 and features snooker player Steve Davis playing the Grab A Grand game. Davis appeared on the 2013 series of I'm A Celebrity Get Me Out Of Here. 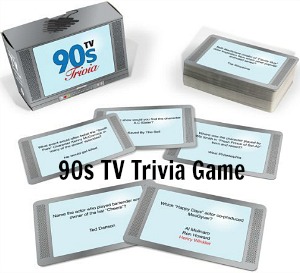 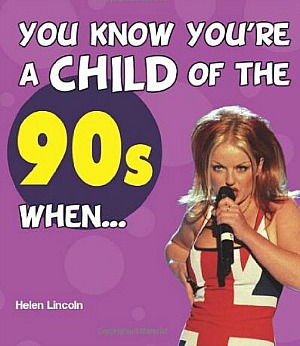