Join me as I take a look back at a selection of old, vintage, retro calculators. - just what do you call them? Actually,  I'm not sure whether you can call an electronic calculator "vintage" just yet (that term makes me feel even older than I already am!) but I've had a lot of fun locating some wonderful photos of these classic, and not so classic machines.

The video clip above features a demo of an old Casio Personal Mini calculator. 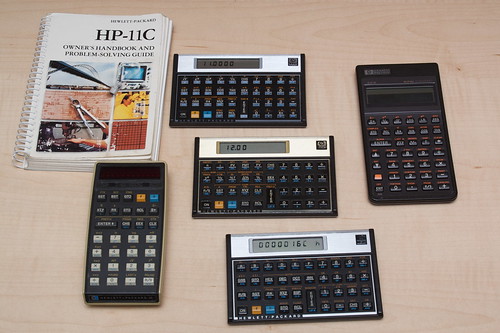 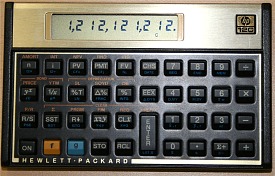 The HP-12c was a programmable financial calculator launched in 1981 for $135. 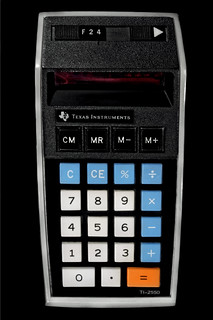 TI-30 calculator (1976). Creative Commons image by Dwight Burdette
During the 1970s Texas Instruments were producing a range of electronic goods including LED watches, digital clocks, calculators and the Speak & Spell. 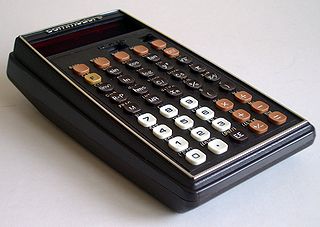 Photo: Commodore PI-100 programmable calculator (1978). Photo by D. Meyer
Before producing computers, Commodore had a successful line of calculators in the 70s, but faced stiff competition from Texas Instruments who, in 1975, decided to not just supply calculator components, but build them, too. 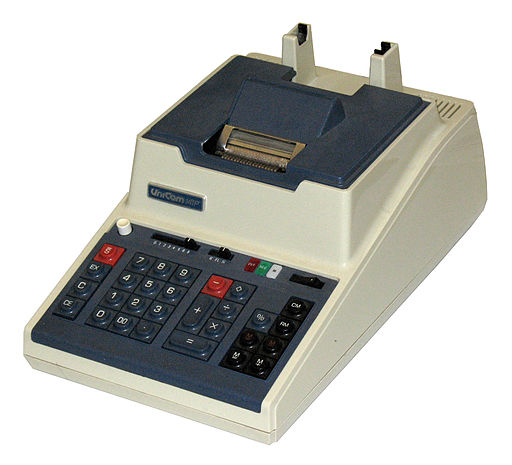 Built by Busicom Corp in Japan, the Unicom 141P printing calculator sold for $695 during it's first year of production in 1972.

Introduced in 1986, the Sharp PC-1403 Pocket Computer replaced the PC-1401. It featured a monochrome, one line LCD dot matrix display and unstructured BASIC programming language. The PC-1402 also had the luxury of an integrated speaker (which gave out a simple 4khz beep) and a wheel to adjust the contrast. 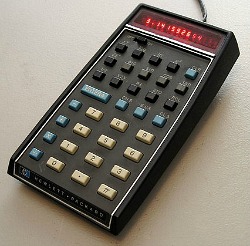 The HP-35 by Hewlett Packard was the first hand-held calculator in the World to feature trigonometric and exponential functions (it was a scientific calculator) and cost a whopping $395. It was produced between 1972 and 1975. It's battery life was short, though, lasting around 3 hours due to the power-sucking LED display. The HP-45 was introduced in 1973 and featured extra functions such as a timer, although it wasn't very accurate. Image by Seth Morabito 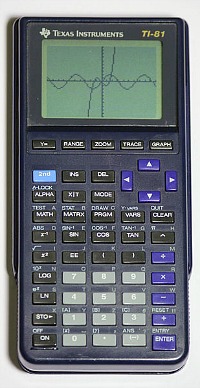 The TI-81 was Texas Instruments first graphing calculator. Launched in 1990, it featured a Zilog Z80 processor and a 96 x 64 pixel display. However, the processor was slow and ran at only 2mhz. The newer TI-82 (launched in 1993) ran at 6mhz. Photo by CalcVids 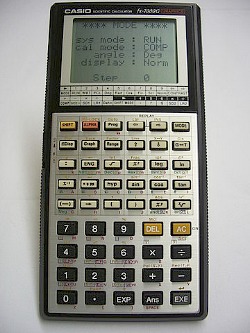 The Casio FX-7000G was built between 1985 and 1988 and was the first commercially available graphing calculator in the world. It had 82 scientific functions and included a programming mode featuring 422 bytes of memory. Photo is in the Public Domain. 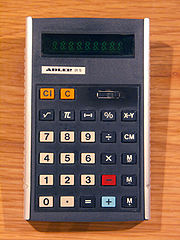 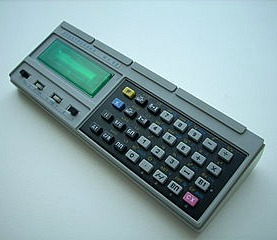 The Elektronika MK-52 programmable calculator was built between 1982 and 1992 in the Soviet Union. The MK-52 included an Electrically Erasable Programmable Read-Only Memory (EEPROM) module for memory 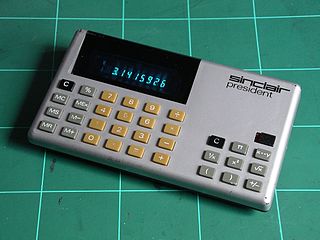 The Sinclair President calculator which was launched in 1978. It was designed in the UK by Sinclair Research Ltd and built in Hong Kong. Photo by snowmanradio 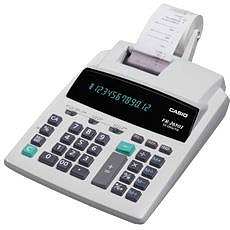