A true 70s and 80s heartthrob, Olivia Newton-John is an English-born, Australian raised singer and actress. She has won four grammy awards, had five No. 1 singles and ten other Top Ten Billboard Hot 100 singles in the U.S., and two No. 1 Billboard 200 solo albums. Eleven of her singles (including two platinum) and 14 of her albums (including two platinum and four double platinum) have been certified gold by the RIAA.

Our video playlist features all of Olivia's British hit singles (apart from Come On Over) which reached the Top 20, including those with John Travolta. Here is the full list

You're The One That I Want (a duet with John Travolta) was was the first single to be released from the Grease movie soundtrack (in 1978) and topped the charts in numerous countries including the U.S. and UK. In the UK the song remains in the top ten list of all-time best-selling singles.

I used to play the 7" of this one quite a lot in my childhood, and I still have it, although I'm not sure whatever happened to the actual sleeve (pictured left).

Also from the musical Grease, Summer Nights became a massive hit in both the United States and United Kingdom during the summer of 1978. My Mum bought the 7" single of this, but I accidentally snapped it in half... Well, I say accidentally. I'm not sure she has ever forgiven me for that!

Hopelessly Devoted To You also featured on the Grease soundtrack and when released as a single it reached No.2 in the UK singles chart. 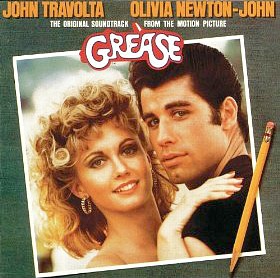 Transport yourself back to the summer of 1980 and you would find the title track to the American romantic musical Xanadu (which was directed by Robert Greenwald) riding high in the UK charts.

The single was released two months ahead of the album and knocked Don McLean's Crying off the top spot on July 12th, staying put for two weeks before Odyssey knocked it off its perch with the disco number Use It Up and Wear It Out. It was ABBA's The Winner Takes It All that pushed Xanadu off the top spot in the Irish charts and the Eurochart Hot 100.

The film itself was slated by the critics and was, inevitably, a commercial flop, but the soundtrack was very well received and much more successful. 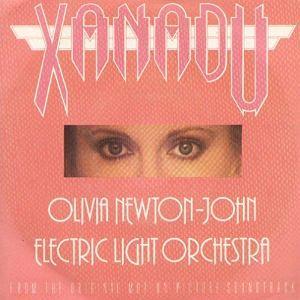 Spending a whopping ten weeks at the top of the Billboard Hot 100, Physical became the biggest-selling single of the entire 1980s in the U.S. Interestingly, after pushing Private eyes by Hall & Oates off the top spot in November 1981, the duo returned the favour by reclaiming the No.1 spot in January 1982 with I Can't Go For That (No Can Do). Both acts cruelly held Foreigner at #2 for ten weeks with Waiting For A Girl Like You.

This single was taken from the album of the same name and reached No.7 in the UK. Physical bacmae the best selling album by a female Australian singer, selling 10,000,000 copies worldwide. Both the song and video were banned in some countries due to the sexual content, with the sight of Olivia dressed in a tight leotard sending temperatures soaring during the Autumn of 1981. The song featured a guitar solo by American guitarist and producer Steven lee "Luke" Lukather. 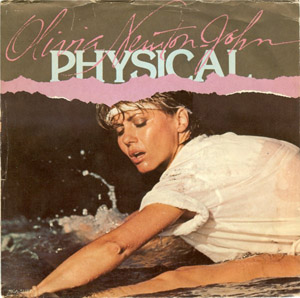 Although not a successful as the lead single, the suggestively-titled follow-up Make A Move On Me still managed to reach a very respectable No.5 on the Billboard Hot 100 during the late winter of 1982, but just failed to break into the UK Top 40, stalling at #43. 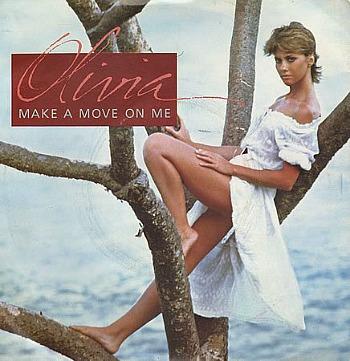 "HEART ATTACK" AND "TIED UP"

Later on in 1982, Olivia Newton-John released the first of two new singles to promote her second hits compilation Olivia's Greatest Hits Vol.2. Heart Attack was a major hit in North America, reaching #3 in the U.S. and #2 in Canada. However, once again, the song failed to capture the British record-buying public's imagination, stalling at #46 in the UK. 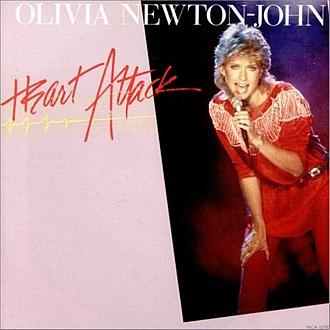 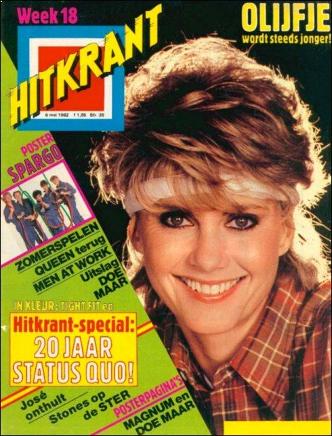 The cover of Hitkrant magazine (Week 18) 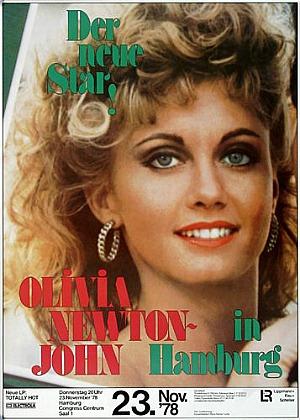