Like many of the British comedy series from the time, this London Weekend Television comedy was full of innuendo and what would now be regarded as sexist humour. These were certainly very different times before political correctness took over.
You may remember some of the catchphrases from the series, including Blakey's "that's made my day that has" and "I 'ate you, Butler!". Or how about Olive's "Oh, Arthur!"
Denys Fisher attempted to cash in on the long-running series with a family board game. 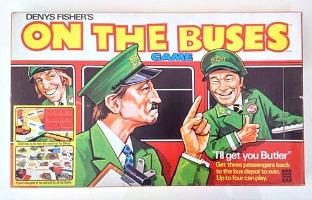 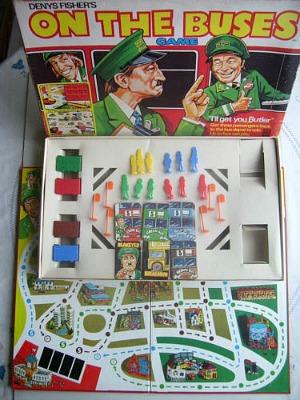 Up to four players could play this game, and the aim was to move your bus around the board, pick up three passengers and take them back to the depot. The first player to do this won the game. As with the TV series, you had to keep your eyes peeled for blakey!

If you played this game back in the day then why not add your comments to this page? Was it any good? let us all know! 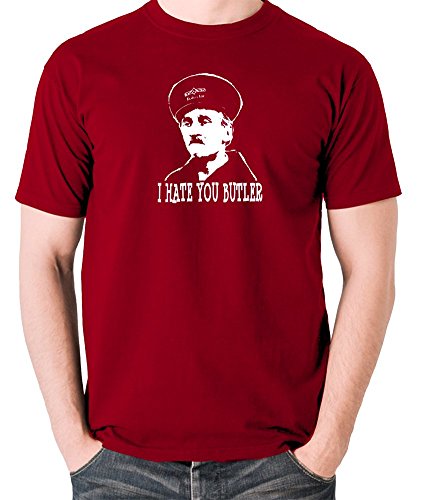 I Hate You Butler T-Shirt 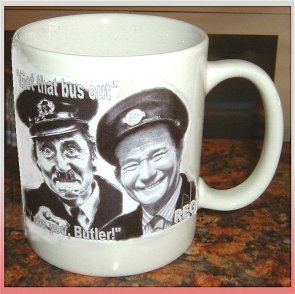 On The Buses DVD