This powerful and moving ballad was penned by the Californian songwriting duo Eric Lowen and Dan Navarro - they released their own version for their 1990 album Walking on a Wire - and was released as the lead single from the album Tropico, which was Pat Benatar's sixth studio album. The singer experienced her first major chart hit in the UK with her previous single release "Love Is A Battlefield", which reached #17. Both of these singles reached #5 in the U.S.
Surprisingly, "We Belong" was only a moderate hit in the UK, entering the UK singles chart on 6th Jan 1985 at #64, and climbing to #43 the following week. The single broke into the Top 40 on 20th Jan, reaching #31 and then crawled to its peak position of #22 for one week on 10th Feb. The single spent a total of six weeks inside the Top 40 and was also a top ten hit in Canada, New Zealand, Australia, Switzerland, Germany and the Netherlands. It was the only single from Tropico to chart in the UK, although "Ooh Ooh Song" did chart in the U.S., Canada, Australia and New Zealand.
The B-side featured the track "Suburban King", with the UK 12 inch also including the track "We Live For Love 85". The 7" single and video versions of the song included additional vocals that were not included on the album version.
"We Belong" features as one of the closing numbers in the award-winning Broadway musical Priscilla, Queen of the Desert.

In complete contrast to the powerful and lavish production of the song, the video appears to have been made on a tight budget, and the faux rocky lagoon with its painted backdrop and man-made fountain looks rather like the left-overs from the set of a 60s dinosaur movie.
The video starts with a close-up of Pat's face and she is wearing 80s style heavy make-up. She is surrounded by white, draping material and her backing band. Pat is also wearing a white blouse and jacket to match her surroundings.
Eventually, we see the rocky scenery with a children's choir stood amongst it - the worried look on the boy's face at 2:56 is probably the highlight of an otherwise pretty dull video. While shooting it, Pat discovered that she was pregnant and gave birth to a girl, Hayley, on 16th Feb 1985.

Lyrics for We Belong 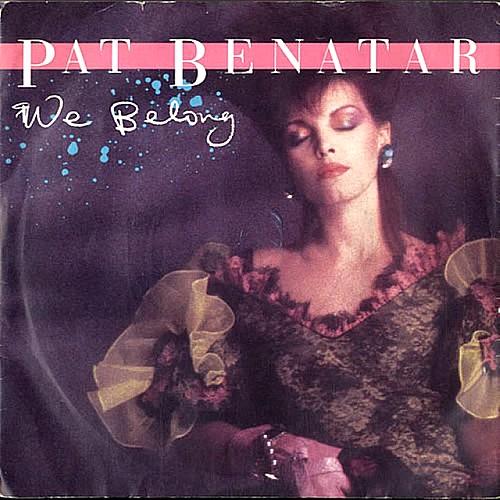 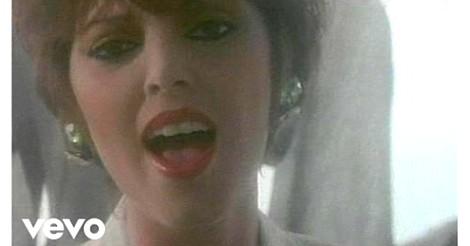