Synth wizard, Paul Hardcastle, achieved success with a number of electro-pop hits during the 80s, and he received some acclaim for his early singles, notably the instrumental, electro-funk classic "Rain Forest", in 1984.

However, the musician came to greater prominence in 1985 with the No.1 single "19". The single hit the top of the charts in a dozen European counties, including Ireland, and also in New Zealand, It reached #15 in the U.S.

"19" was released as the first single from his self-titled third studio album Paul Hardcastle . The song features a strong anti-war message about the soldiers who served in the Vietnam war, and the physical and mental scars that they endured.

Paul's inspiration came from watching a 1982 ABC News documentary called Vietnam Requiem, and the musician was particularly struck by the young ages of the soldiers.
The track was written by Paul Hardcastle, William Coutourie and Jonas McCord, and the full album version lasts for 6 minutes and 20 seconds. The track was edited down to 3:37 for the single release.
Given the commercial failure of his previous two singles, the song's rapid climb up the UK singles chart took both Hardcastle and Chrysalis Records by surprise, leaving them with little time to create a video. So Chrysalis asked the directors of the Vietnam Requiem documentary to quickly produce a music video, which was edited by Ken Grunbaum, and used clips from the documentary.
DJ Tony Blackburn was a big fan of the song and gave it a lot of airplay on his Radio London breakfast show. Paul also created remixes of the track to maintain interest in the track. 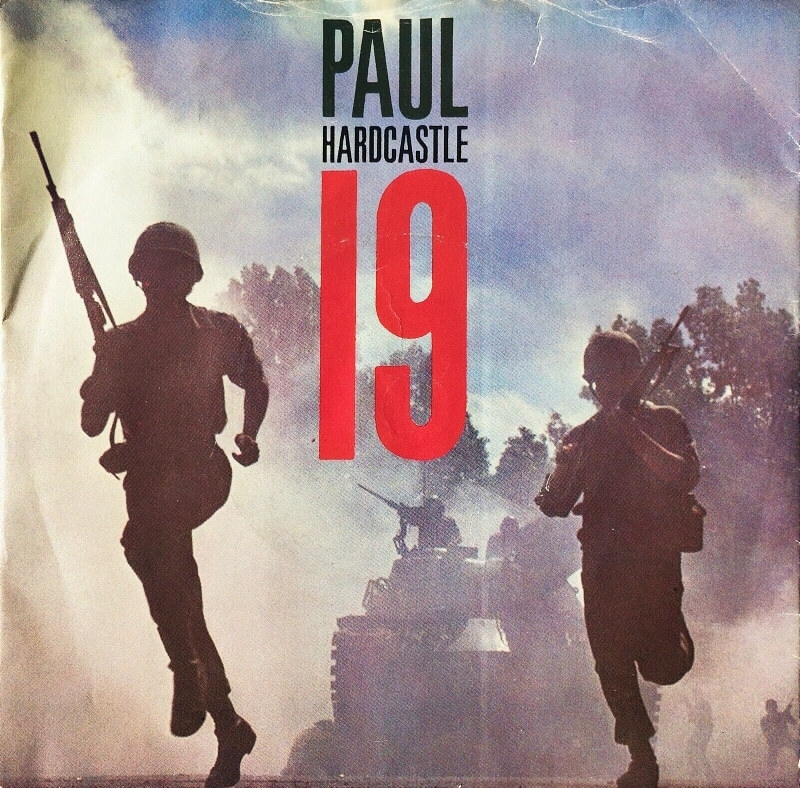 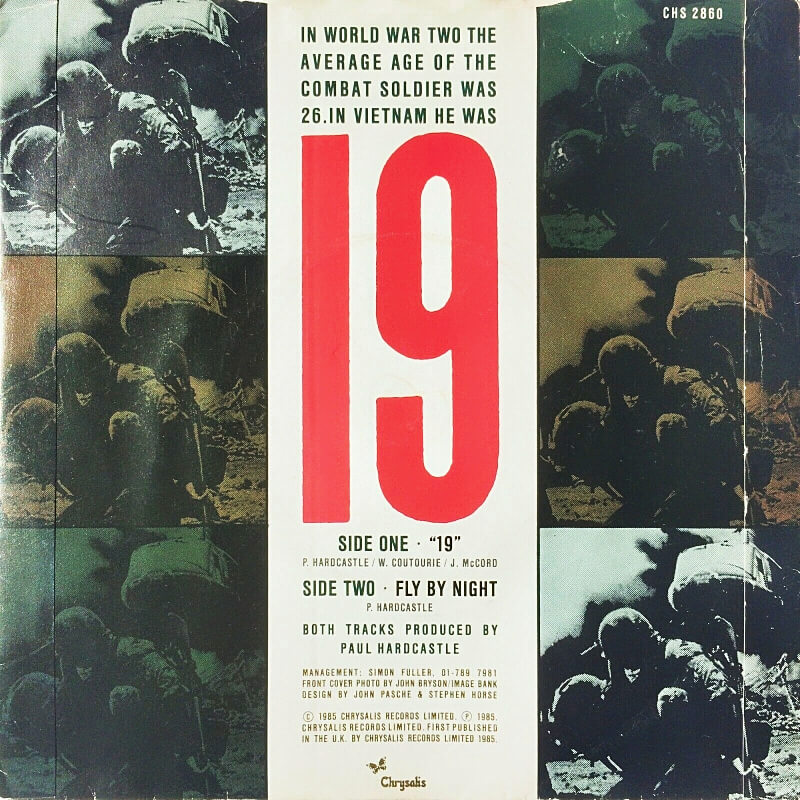 In the U.S., some radio station refused to play the song, believing that it was anti-American. In terms of sales alone, the single should have reached No.1 for around three weeks, but as the Billboard Hot 100 was also based on airplay, it would only reach No.15 on the chart.
Sadly, Paul achieved little success with his albums, with only his 195 self-titled studio album charting in the UK, peaking at No.53.
His other album releases during the 1980s were Zero One (with Universal Funk) released in 1985, Rainforest (1985), No Winners (1988) and Sound Syndicate (1989) which was also released as Are You Ready?

Paul Hardcastle's follow-up single, Just For Money, failed to make the same impact on the record-buying public as 19, stalling at #19 in the UK and #15 in Ireland. The song tells the story of a bank robbery, with the video featuring actor Bob Hoskins. 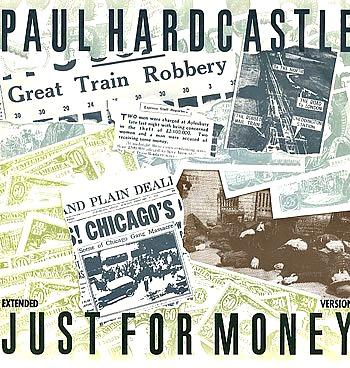 This is a rare video mix cut from video and British tv shows Wogan and Top of the Pops. Don't Waste My Time was the secingle by Paul Hardcastle to reach the top 20 in the UK singles chart, peaking at #8 in 1986.

The song featured on Hardcastle's self-titled album which also featured the singles Nineteen, Rainforest and Just For Money. Given the number of hit singles on the album, it seems quite surprising that it only managed to reach #53 in the UK album charts.
Paul Hardcastle has released 17 singles since 1984, with his last being Easy Street in 2013 which topped the U.S. jazz charts.
In February 2014, Hardcastle was appointed Chairman of NUA Entertainment.

A newer version of the Paul Hardcastle album was released in 2007 and features ten extra tracks including three mixes of19, three mixes of Don't Waste My Time and a 12 inch remix of Just For Money. 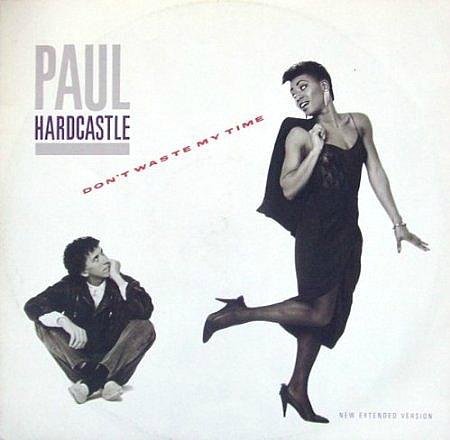 "THE WIZARD" TOP OF THE POPS THEME

If you watched Top of the Pops between 1986 and 1991 you will certainly remember the theme music which was created by Paul Hardcastle. In the video clip in the playlist you will see Paul giving a very enthusiastic performance, although the music is not live - this was the case for the majority of performances during much of the 80s. 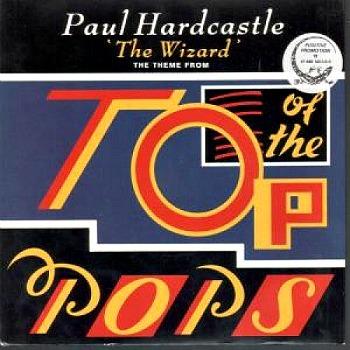 During 2022, Paul Hardcastle released the album X Eclipse, which is the latest in a series of smooth jazz albums. It reached No.14 on the U.S. Jazz chart, but did not chart here in the UK. 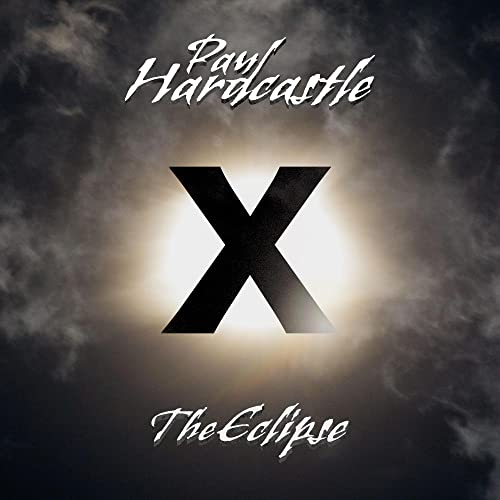