As with all the best 80s songs, Paul Young's up-tempo, new wave cover of Ann Peebles' "I'm Gonna Tear Your Playhouse Down" features a kick-ass bassline (fretless bass played by Pino Palladino), although the over-use of reverb is pretty hard to ignore, even for an 80s production! Young's voice is scintillating on this one, though, as he reaches some impressive high notes.
The video is filmed in two halves, with the first half being shot at London's iconic Royal Albert Hall. From 2:17 (just after the short but impressive organ solo kicks in) the video is shown in black and white, and Paul is surrounded by dancers, which makes it unclear as to where this segment was filmed.
The song was released as the lead single from Paul's second studio album The Secret of Association, entering the UK singles chart at No.20 on 7th October 1984, reaching No.9 the following week, before falling back to No.11. It was produced by Laurie Latham. 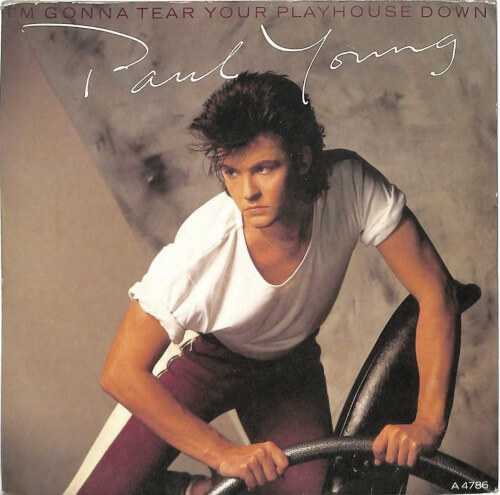 However, in the U.S., it was the 1985 re-release that gave him a hit here, reaching No.13 on the Billboard Hot 100 and No.88 in the UK. This is actually impressive considering that the original soul track (which was penned by Earl Randle and recorded by the black, Memphis soul singer Ann Peebles in 1972), could only manage No.111 in the U.S.
Young's cover was also a Top 20 hit in New Zealand and many European countries, and reached No.9 on Norway's VG-Lista chart and No.8 on the official IRMA Irish Singles chart.
Further hit singles lifted from The Secret of Association were "Everything Must Change" (No.9), "Every Time You Go Away" (No.4), and "Tomb of Memories" (No.16) - chart positions in brackets are for the UK.

Lyrics for I'm Gonna Tear Your Playhouse Down

A. "I'm Gonna Tear Your Playhouse Down" (Special Extended Mix) 9:18

"One Step Forward" was track 8 (the third track on the B-side of the LP) on The Secret Of Association. The single was released on the Colombia record label in the U.S. 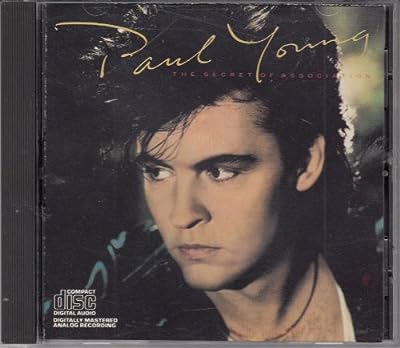 The Secret of Association by Paul YoungBUY from AMAZON

Wherever I Lay My Hat