This memorable early 90s dance track was the sixth and final single to be released from Paula Abdul's debut album Forever Your Girl, and reached #2 in the UK and #1 in the Billboard Hot 100 in America during 1990.

The Wild Pair were Bruce DeShazar and Marv Gunn, and the rap by the cartoon cat in the video, MC Skat Kat, was provided by Romany Maleo who played George St. Cloud in the ABC prime-time drama No Ordinary Family.

The Street Mix of "Opposites Attract" features a rap by Derrick "Delite" Stevens (this was edited out for the 7 inch version) who also provided the vocals for the album The Adventures Of MC Skat Kat and The Stray Mob.
The song title is pretty self-explanatory, and the lyrics are, as you would expect, about a couple who are very attracted to each other, but are also very different to each other.
You may remember when CD singles used to feature a range of different mixes. The UK CD single for "Opposites Attract" featured three mixes; Street Mix, Club Mix, and Party Dub. The album track "One or the Other" was also included.
The US and European CD single included six mixes which included the three mixes mentioned above, plus, 12" Mix, Dub Mix, and Magnetic Mix.
The song is one of three top ten hits for Paula in the UK. The first was "Straight Up" (also from her debut album) which reached #2 during 1989 and "Rush Rush" was her third and final one, reaching #6 during 1991 and lifted from the American singer-songwriter's second studio album Spellbound. 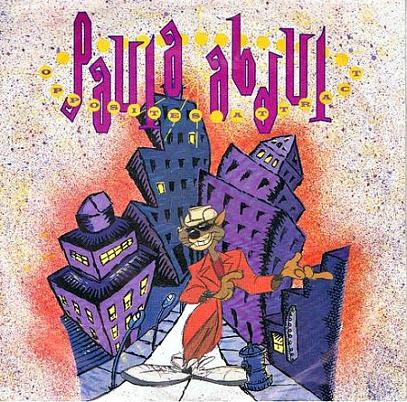