This 80s pop-rock ballad was very much of its time, being beautifully crafted with deep and meaningful lyrics, but having that cheesy power ballad production that only the 80s could produce.
As a solo artist, the American singer/songwriter Peter Cetera was a one hit wonder in the UK, with "Glory Of Love" being his only major hit. The song became the 26th best-selling single of 1986, reaching its highest position at No.3 on 14th September.
Cetera was the founder, frontman and bassist with Chicago, and left the band in July 1985 to pursue a solo career. "Glory Of Love" became his first hit single, reaching #1 on the Billboard Hot 100 in the U.S, and featuring on his second solo album "Solitude/Solitaire". The album was released in June 1986 at the same time as the movie The Karate Kid Part II - the single featured in the movie.
The song was penned by Cetera, David Foster (who produced and co-wrote many songs and albums for Chicago) and his then-wife Diana Nini. It was actually intended to be used for the end titles in Rocky IV, but it was rejected for this film.
The song won an Academy Award for "Best Original Song" and also won a Golden Globe for the same category.
Electric guitar is provided by Dann Huff, an American country music producer and songwriter who played for numerous 80s artists including Michael Jackson, Whitesnake and Whitney Houston.
The B-side include the track "On The Line" which had already been included on Cetera's debut self-titled solo album in 1981, which was recorded while he was still with Chicago. 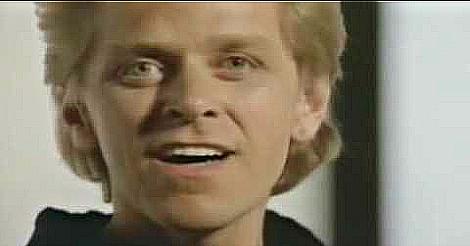 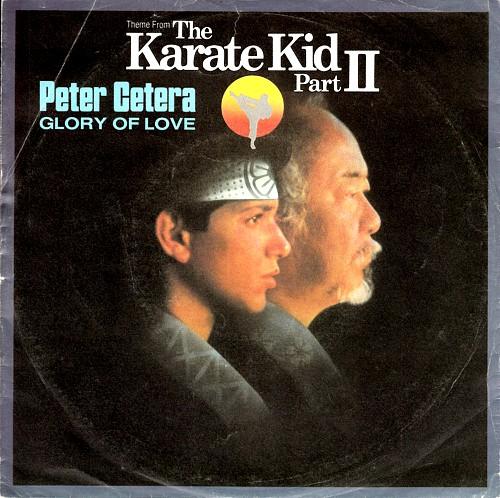 The single entered the UK charts at #75 on 27th July 1986, climbing to #5 on 31st August where it remained for two weeks before reaching #3. During the same week, The Communards were at No.1 with "Don't Leave Me This Way". The single slipped to #6 the following week.
In the U.S., the single reached #1 on 2nd August 1986 where it remained for two weeks before being knocked off its perch by Madonna's "Papa Don't Preach".
The follow-up single "The Next Time I Fall" (with Amy Grant) also reached #1 in the U.S., but stalled at #78 here in the UK.
The Video
The video is very much an advert for The Karate Kid Part II movie. Directed by Peter Sinclair, we see Peter singing his heart out in a martial arts Dojo. This is interlaced with scenes from the film. 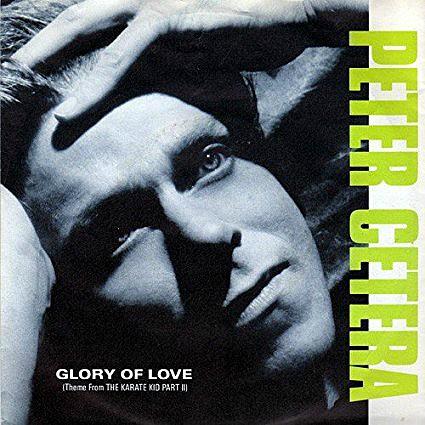 "Glory Of Love" was used as the main chorus in the song "Ghetto Love" by Canadian musician Karl Wolf which featured the rapper Kardinal Offishall. The single was released in May 2011 and reached #20 in the Canadian Hot 100. Quite frankly, he has murdered the song (it sounds ruddy awful) and I just wish "musicians" wouldn't simply borrow other artists songs when they can't pen a decent chorus of their own making.

Lyrics for Glory of Love