During the summer of 1987, I worked as a forecourt attendant at a Peugeot garage and I became quite fond of the little Peugeot 205, although I bought a Citroen later on in the 80s, so maybe I just had a thing about French Cars!This popular car was built between 1983 and 1998 (the last models for the UK market were built in 1996), with around 5.3 million units being sold during this period. Built in France, Spain, England, Indonesia and Chile, the 205 was the replacement for the 104 model, and came as a 3 door and 5 door hatchback and a 2 door cabriolet and awesome GTi model.
In it's first year of manufacture it was beaten by the Fiat Uno as the European Car of the Year, but it won the Car Of The Year award from What Car? magazine the following year, at least.

As far as the GTi is concerned, well I never had the opportunity to have a drive in one, but I was let loose in a Citroen Visa GTi when I was just 19, which was asking for trouble! The acceleration was frightening and I could hardly keep the thing on the road - the handling was dodgy to say the least. Looking back, I'm glad that I only had access to the little beast for about an hour or I may not have lived to tell the tale.

By TuRbO_J from Adelaide, Australia (Peugeot 205) [CC BY 2.0], via Wikimedia Commons

By Rudolf Stricker (Own work) [GFDL or CC-BY-SA-3.0], via Wikimedia Commons 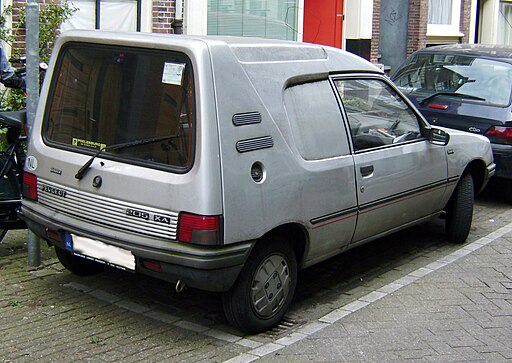 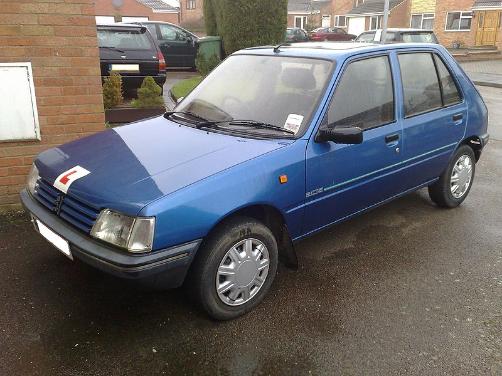 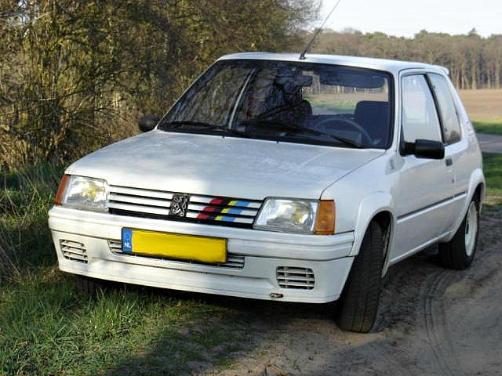 The 205 Rallye was built by Peugeot-Talbot Sport as an alternative to the GTi. It looked sporty, but was quite a raw car with all the luxuries stripped out. However, this made it lighter, making its 1.3 engine pretty responsive. It was also cheaper to buy than the GTi and much easier to maintain. A 1.9cc version was built between 1990 and 1992.
Here is someone going crazy in a modified 205 - check out the doughnuts!

This is a 8v 205 GTi (125bhp) on the track at Brands Hatch andchasing a Lamborghini. To be fair, the guy in the Lambo is hardly touching the accelerator but watch out for the 205 spitting flames from its exhaust! 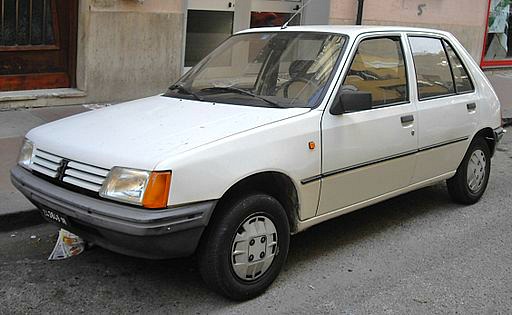 Public Domain image of a white Peugeot 205 with French plate 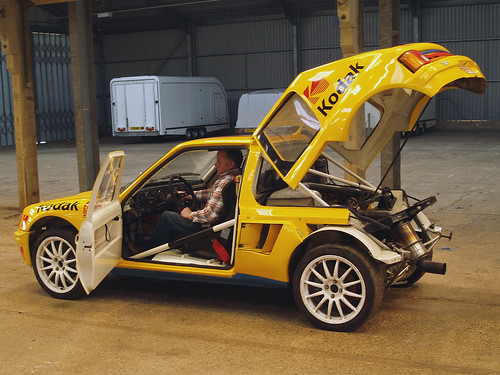 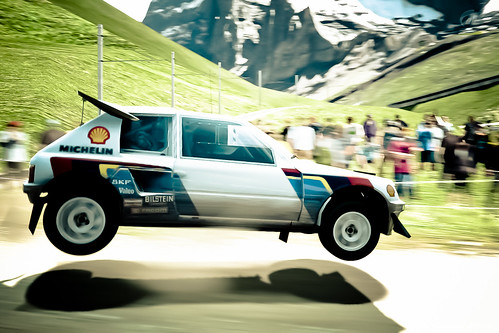 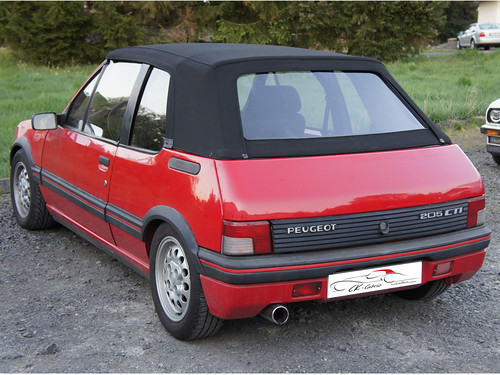