Pointer Sisters "Jump (For My Love)"

Well, there's nothing quite like an upbeat 80s synthpop tune to get you up and moving (even though I do creak a little these days!) and "Jump (For My Love)" is certainly up there with the best of them.
Following the huge success of their single "Automatic" (which reached No.2 here in the UK and spent 17 weeks inside the Top 100), the Californian trio quickly released their follow-up, while their previous single was still in the UK Top 30. It was the third track to be released as a single from the group's tenth studio album Break Out, and it went on to become the biggest-selling dance track of 1984 in the U.S.

Sisters June, Ruth and Anita did not have a hand in the songwriting or production, and this was left to Marti Sharron, Stephen Mitchell and Gary Skardina. Lead vocals were provided by Ruth Pointer for this track.
The song's title was created after one of the group's regular songwriters, Marti Sharron, jumped up and down after hearing the playback of the demo version, which, at this point, still required lyrics and vocals. Bearing in mind that the rock band Van Halen had already scored a major with with "Jump", "For My Love" was added in brackets to avoid any confusion.
The song nearly never made it onto the album (it was the final track to be added), when their main producer, Richard Perry, almost gave the song to the Spanish crooner Julio Ilglesias. However, after being sent the demo by Marti Sharron, he changed his mind.
The song won a Grammy award in 1985 for "Best Pop Performance by a Duo or Group with Vocals".

The video features the three girls wearing elegant, long, dark dresses and performing against a tiled backdrop. Scenes of Olympic athletes performing the long jump are also shown, which is very literal but also very appropriate, as this was the year of the Summer Olympics at Los Angeles in California.
As 80s videos go, it's pretty basic, but at least these ladies have a touch of class about them in the way they are dressed and perform.

Marketing and distribution was by RAK Ltd. who became the owner of Planet (15) in 1982.

1984 was the peak year for Pointer Sisters in terms of chart success, and the summer of that year was, in my opinion, the best ever for pop music. This one was certainly on many teenagers home-made mixtapes, and It also received plenty of airplay on the major radio stations here in the UK. I'm actually surprised it didn't make the Top 5, although it faced some very stiff competition from Frankie Goes To Hollywood, Nik Kershaw and Cyndi Lauper.
The Pointer Sisters went largely unnoticed in the UK during the 1970s, despite enjoying success with numerous hit singles and albums in the U.S. They had a minor hit with "Fire" in 1978 which reached No.34. They would have to wait until 1981 before achieving a top ten hit here, when "Slow Hand" reached No.10.
In 2003, the British female pop group Girls Aloud recorded a cover version  of "Jump" for the soundtrack to the romantic comedy film Love Actually, which was written and directed by Richard Curtis, who thought the girls would be a good fit for the song. 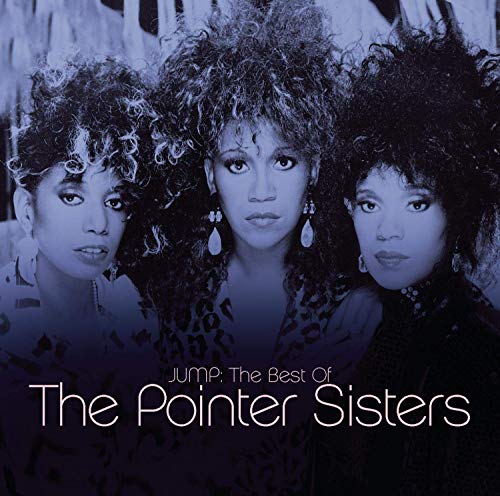 Jump, The Best of The Pointer Sisters 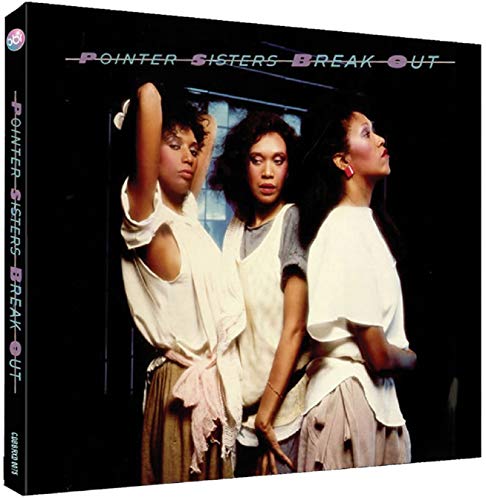