Polaris is an action-packed, fixed screen shooter game for 1 or 2 players, which was released as an arcade cabinet by Taito in 1980. Versions were also released (in 1983) for the Atari VCS/2600 and Commodore Vic-20.
As you would expect, the original arcade version is superior to the home console/computer versions both graphically and in terms of the gameplay. There's quite a lot going on in the game, and it requires a good deal of concentration dodging enemy missles and war machines. 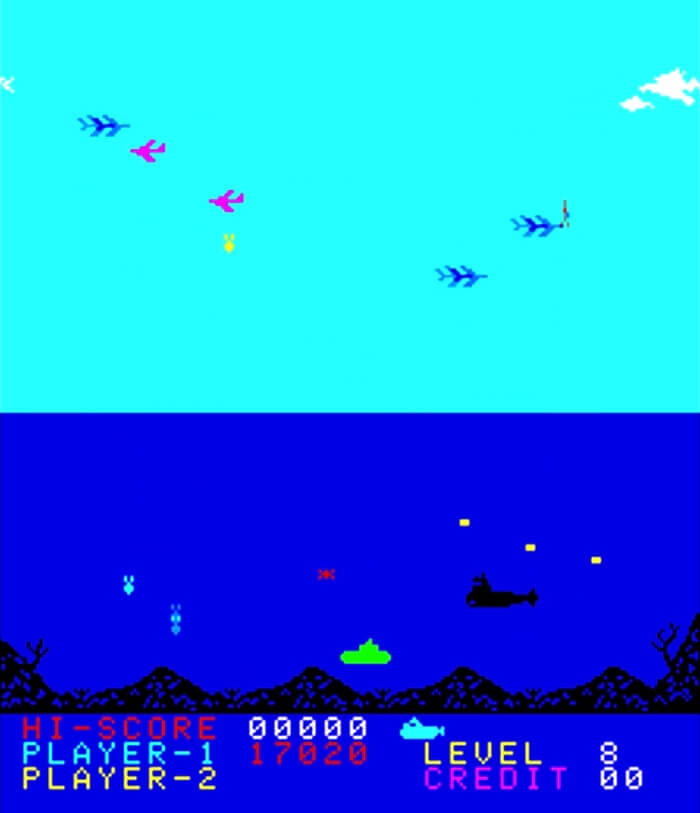 You (the player) control a submarine, and the game starts with six or ten small planes (depending on which level you're playing) which fly above you, and a small enemy submarine below you. The enemy sub and it's slow-moving missiles need to be avoided, as do the faster bombs falling from those pesky airplanes. Destroying the planes as fast as possible is the ultimate goal.
Now, the sub can only fire upwards, so the smaller enemy subs can't be destroyed unless you position yourself underneath them, which means they become hellishly annoying as they take up your space!
When the smaller aircraft have been destroyed, a larger plane appears, which moves in a more unpredictable looping pattern - 500 points can be gained from destroying it! It also drops homing missles which can't be destroyed. 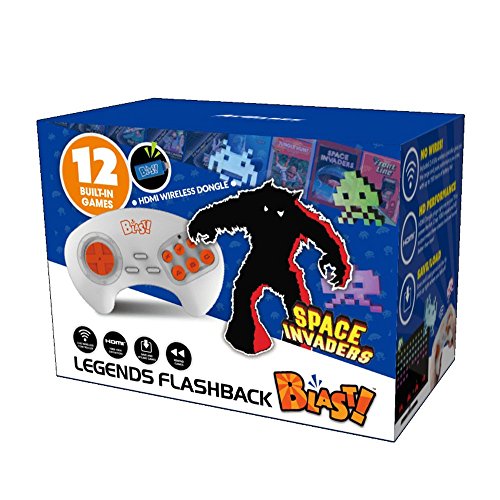 A small, fast-moving boat will also appear occasionally as you progress through the game, which simply skims across the surface of the water dropping yellow bombs.
Some of the sound effects are borrowed from Taito's classic Space Invaders, but this gives the game a warm familiarity.
While not quite a classic, this is certainly a well thought-out and very enjoyable game, and one that kind of went unnoticed during the 80s. 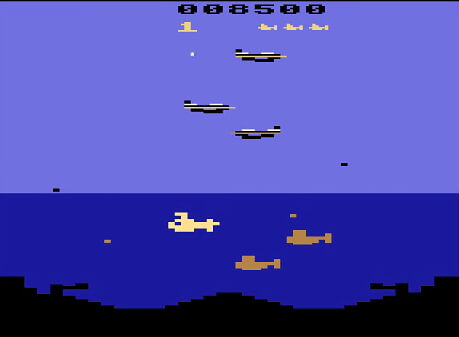 If you fancy playing Polaris on your big screen TV, then you may be interested in the Blast! Legends Flashback Controller which features 12 VCS games, including Polaris.
With so many sprites on the screen at the same time, it's understandable that the limitations of Atari's home console meant that the VCS/2600 version (by Tigervision) plays quite differently to the arcade game. Instead of the six to ten smaller planes, the games starts with just two large planes which simply move across the screen in straight lines. They are pretty easy to deal with, but you just need to fire your missile at the right moment to destroy them.
After they've been cleared, a more unpredictable and annoying dive bomber will appear firing heat-seeking missiles at you, and it's as annoying as a wasp in a pub beer garden!
The game then goes into a very different overhead level (which instantly reminded me of River Raid) that scrolls downwards at a pretty fast rate, and this level is not in the arcade version. You basically manoeuvre your sub through channels of water (maybe caverns?) avoiding the walls. Your speed can be increased or decreased by pressing  up or down. When you revisit this level for a second time, there will be a line of flashing enemy mines in your way which should preferably be cleared so you don't have to concentrate on avoiding them. 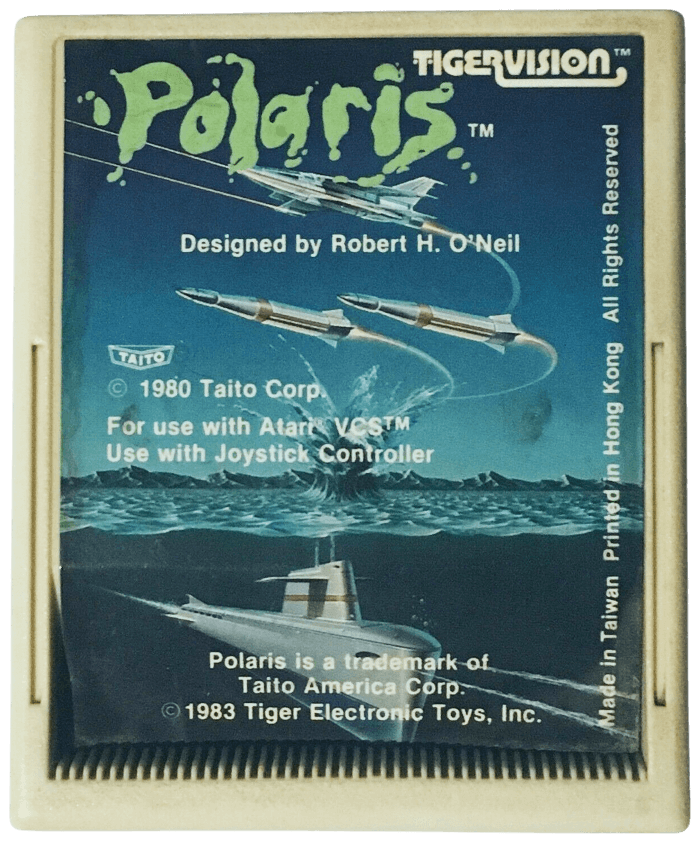 As you progress through the game, more enemy planes and subs appear on the screen, making it much more difficult to play.
While the game is pretty disappointing when compared to the arcade version, it's not bad for a VCS game, and the addition of the scrolling level adds some much-needed variety to the gameplay. However, I personally found the game frustrating to play at times. The dive bomber is very difficult to deal with, making the game a tad too challenging. The balance isn't quite right for me, but there is certainly plenty of shooting action which will be enjoyed by many. 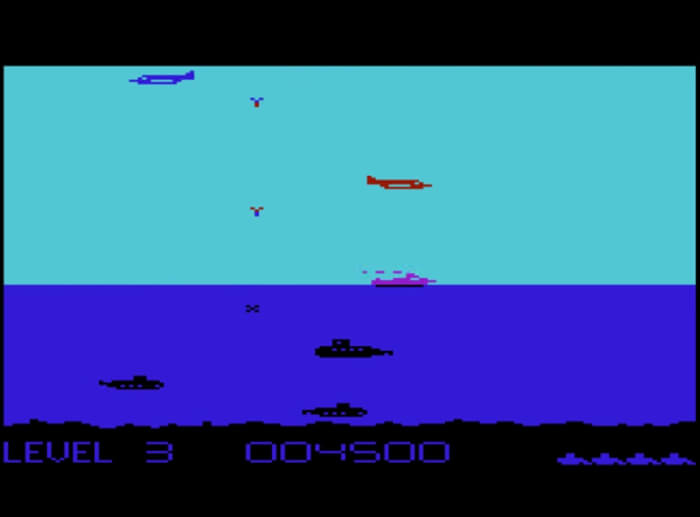 Also by Tigervision, this port plays a lot more smoothly than the VCS version, and features a helicopter rather than a dive bomber. The helicopter is much more easy to deal with as it moves more slowly and in a predictable fashion.
Disappointingly, as in the VCS version, the enemy aircraft also move simply across the screen in a straight line.
However, the surprise is that once you have destroyed the plane the screen is no longer fixed, and scrolls from left to right. Now you must manouevre around the rocky ocean surface dealing with enemy submarines and a boat. The sideways scrolling is certainly more visually appealing than the overhead scrolling of the Atari version, but the gameplay quickly becomes rather tiresome.
Although the game becomes progessively more challenging as more enemy craft appear, sadly, this version feels rather rushed. The predictability of the enemy aircraft makes for a rather unexciting and bland game.