With the realism offered in today's video games, it's now hard to believe that I thought the 3D graphics in Pole Position were pretty realistic. However, back in 1983, this was the very first racing game that many people had ever played on a home computer. At the time, the game was innovative both in the arcades and on home computers, and was many people's first experience of playing a proper 3D racing simulation game.
The version I played was on my Atari 800XL. I didn't even have a table for my computer at the time, and spent a lot of time playing games on the floor of my bedroom - thankfully, the carpet was nice and soft! When I invited my friend round to play Pole Position, he was mesmerised by the game - he owned a ZX Spectrum, so it's not hard to see why. I remember that he was terrible at steering the car, but our jaws were aching from laughter as he tried (and failed) to get to grips with the steering. 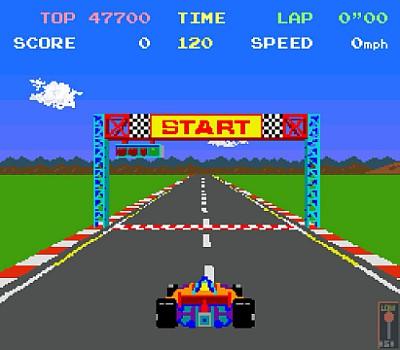 The video clip in the playlist brings the memories flooding back, especially those bleepy fanfares. After comparing the different visions, the engine noises and screeching tyres created by the Atari's POKEY chip were certainly superior to all of the other home computer ports. The sounds emanating from the C64's SID chip came a close second, but lack the depth and warmth of The POKEY in this game, at least, although this wasn't always the case in other games, and the SID was certainly better at producing music.
Pole Position was originally released into the arcades in July 1982 by Namco in Japan. It was then licensed to Atari for the US distribution, starting in November of the same year. The game was released to the EU market by Namco in March 1983. Both versions of the game were pretty much the same. Minor additions on the Atari versions were a decal on the dashboard and a blimp which travelled across the screen with the message "Prepare to qualify" and "Prepare to race" - this was also accompanied by a grainy female voice in the arcade version which was very innovative at the time. The blimp was also present in the Atarisoft home computer ports. 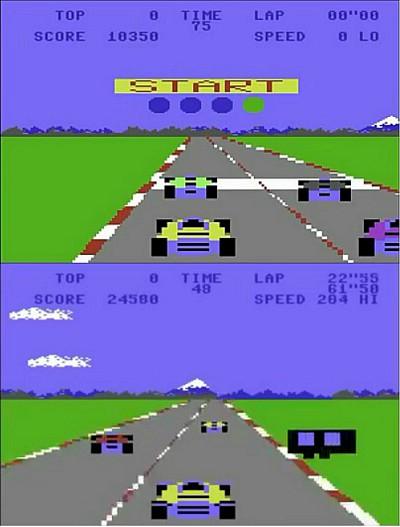 Screenshots from the C64 version

The game's designer was Toru Iwatani who had previously designed Pac-Man in 1980. Pole Position went on to become the most popular coin-op arcade game of 1983. Two versions were released, an upright cabinet and a cockpit cabinet. This was the very first game to simulate a real racing circuit, the Fuji racetrack in Japan, and to also feature billboard advertising. It was also the very first video game to feature a qualifying lap.
The game was very sophisticated in many ways, from the scaleable sprites (foreground objects) to the pseudo 3D, third person perspective. Indeed, Atari advertised the game as having "unbelievable driving realism".
Sadly, not all versions of the game were well received, with the C64 version being a poor conversion. It looks and feels rushed, and lacked the finesse of the Atari 8 bit versions. The ZX Spectrum version received praise from many reviewers, with Your Sinclair magazine awarding it four stars. The Atari 2600 version also received praise, and the game made the most of the console's limited hardware capabilities - it was about as good as you were going to get a 3D racing game to be on the machine. You can compare all of the different ports for yourself in the video playlist at the top of the page. 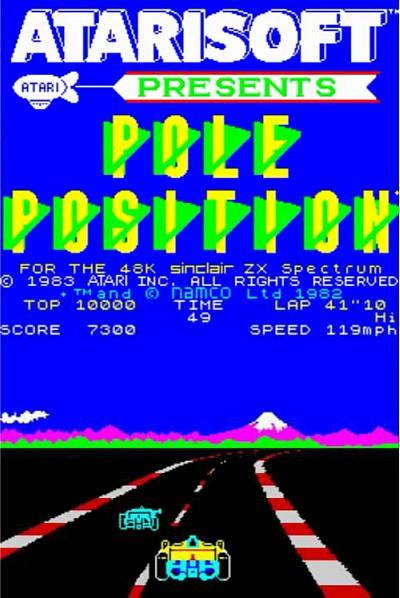 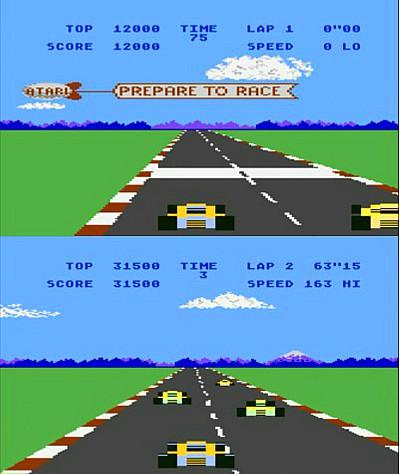 80s movie buffs among you will know that D.A.R.Y.L. the android plays the game in the movie of the same name, and achieves a massive high score that most human gamers can only dream about. Chunk plays Pole Position in the opening credits of the 1985 film The Goonies.
Many may now poke fun at the graphics of the early racing games, but like many 80s video gamers, I feel privileged to have been there at the start of it all, and to have experienced the thrill of seeing one of the first 3D racing games on a TV screen in my own home. Like the first colour TV sets, you had to be there to appreciate just how exciting and revolutionary it really was. Pole Position set the standard for many of the racing games that followed it. 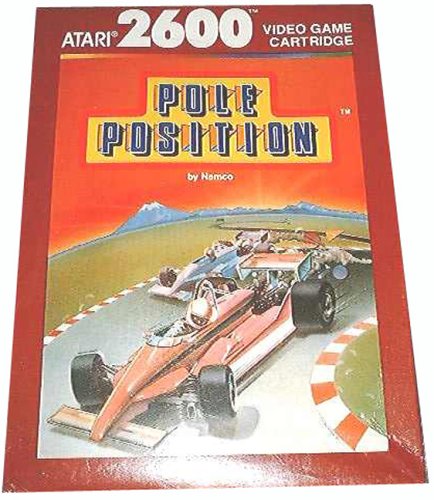 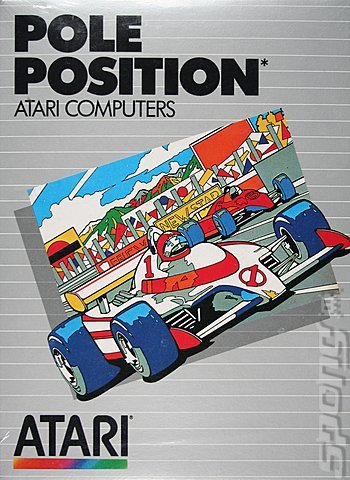 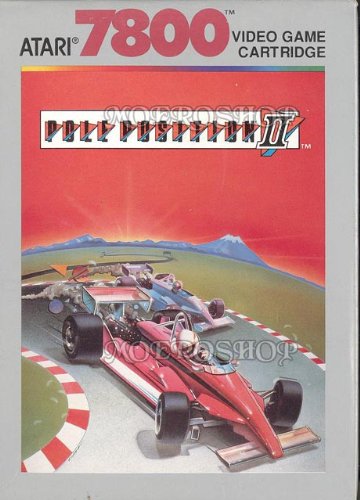 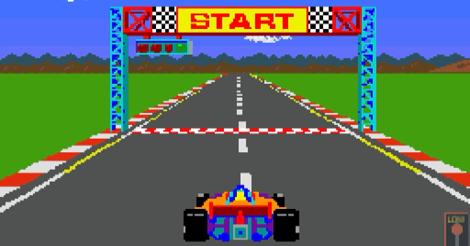