Well, I guess this is quite a clever idea. You take the game Pong (which is based on table tennis), add a football pitch and call it Pongoal. Like the original 1972 Atari game, this version is still very simple, but unlike Pong, the game is played vertically rather than horizontally. The main reason for this is so it can be played on a mobile phone, too, although I would still have preferred a horizontal game as you can flip your phone.
The game should play on all devices as it is an HTML5 game and does not require Flash to run.

How to Play Pongoal (Instructions)

In the Options menu, you can adjust the sound level and vibrations, as well as changing the difficulty level from easy to medium to hard. However, it would have been nice to have an option for a 2 player game. Unfortunately, you can only play against the computer.
If you have a touchscreen device, then simply touch the left and right of the screen to move your bat. On a PC/Chromebook without touch screen, you can use either the left mouse button or the arrow keys on your keyboard.
The game ends after 9 goals have been scored. That's an odd number to end on, but I hope you have fun playing Pongoal, nonetheless. 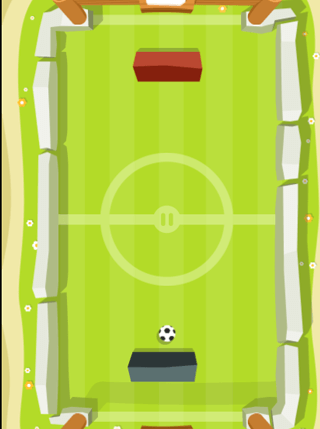 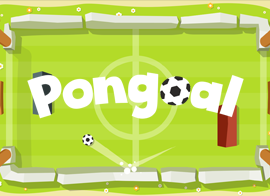