Porsche have been using turbochargers in their racing cars since the late 1960's, but the first turbo road car didn't go into production until 1975. The 930 (a turbo version of the 911, and better known as the 911 Turbo) was a luxury sports coupe that featured Bosch fuel injection and a KKK turbocharger allowing it to reach 160 mph. Interestingly, the 930 only had a 4-speed gearbox due to the extra torque of the turbo engine, whereas the standard Porsche 911 had a 5-speed gearbox.

The 930's were simply badged as "turbo", although the early U.S. models featured "Turbo Carrera" badges.

Now, although the 930 was pretty quick, it was challenging to drive at high speeds due to its short wheelbase and the rear engine layout, making it easy to oversteer. There was also a turbo-lag problem.

The biggest changes to the car came in 1978 when the engine was upgraded to 3.3 litres and an air-to-air intercooler was added. The rear spoiler was raised and re-shaped to allow room for the intercooler. Although this increased power and torque, this also made the car heavier which caused a significant change to the handling when compared to the 3.0 model.

Porsche were forced to withdraw the 930 from the U.S. and Japanese markets in 1980 due to stricter emissions rules, but they continued to be made available in Europe. 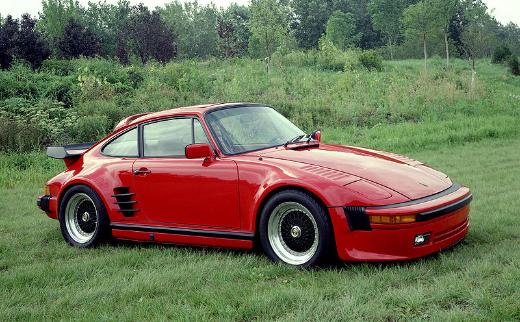 This red 1982 Porsche 911SC was modified into a "Flachbau" ("slantnose") by Camillo & Domenico Scaduto of Carrozzeria Italia at their restoration shop in Escondido, California.

This video clip features a 1989 Porsche 930 melting the polar ice caps all by itself! Strictly for petrol heads - known as gear heads in the U.S. I believe. 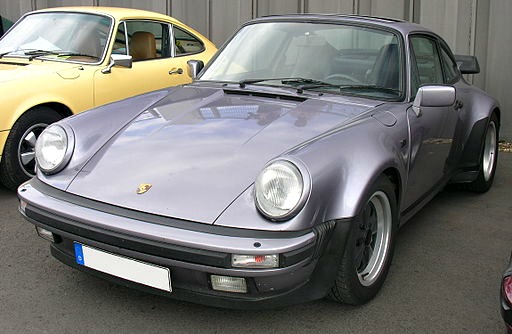 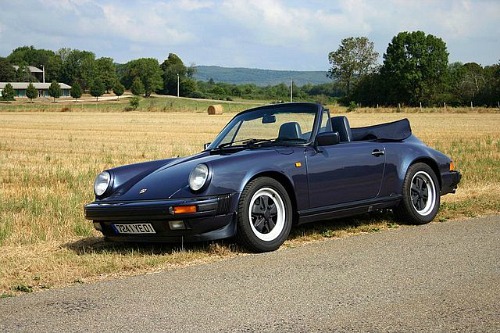 Porsche 911 Carrera cabriolet in Prussian Blue. It's not a turbo model, but it's a fine-looking car in a beautiful setting - wishing I was there!

By Mr.choppers (Own work) [CC BY-SA 3.0 or GFDL], via Wikimedia Commons 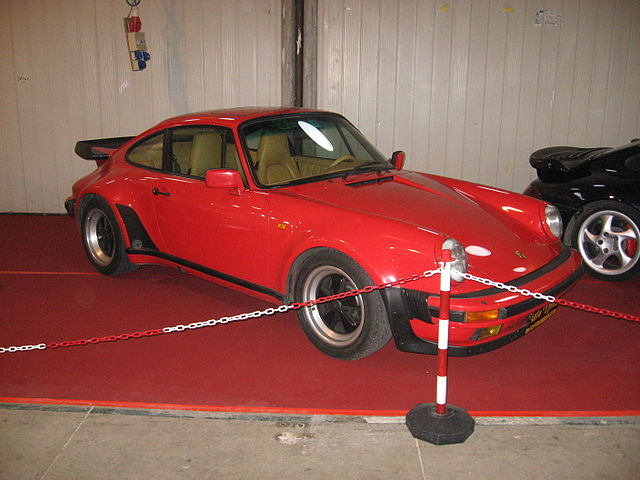 Public domain image of a Porsche 911 Turbo at Marke-Retrò 2007 in Cesena (FC), Italy 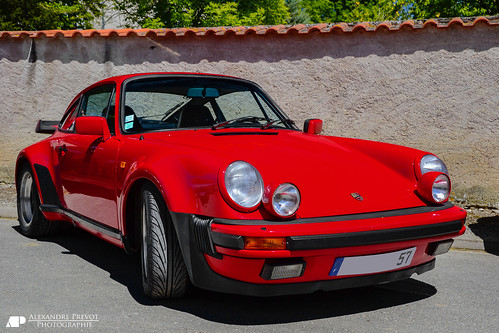 By FotoSleuth (Porsche 930 TurboUploaded by OSX) [CC BY 2.0], via Wikimedia Commons

White always looks sporty - this was parked up on the photographer's street. They can come and park in my road anyday!

By Jeremy from Sydney, Australia (Porsche 930 Turbo) [CC BY 2.0], via Wikimedia Commons 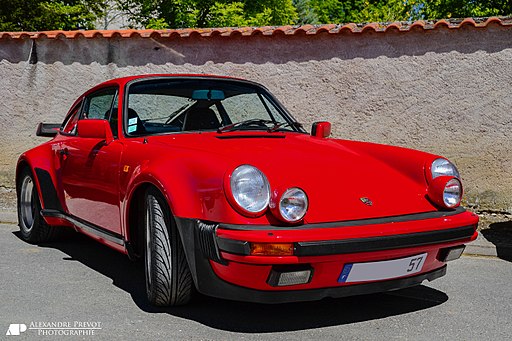