From a band with an unusual name came a song with unusual lyrics! "Hot dog, jumping frog, albuquerque", just what was that all about?
Well, my research suggests that the lyrics actually about a has-been rock star who releases a novelty one hit wonder with throwaway lyrics, and is trying to appeal to the American market. Ironically, the song itself became the band's only major hit and contains novelty lyrics, although it certainly wasn't a one hit wonder.
So did anyone else think the frontman Paddy McAloon was singing "have a cookie" instead of "albuquerque"? Oh, I guess it was just me then!
"The King of Rock 'N' Roll" was released by the independent record label Kitchenware Records during April 1988, as the second single from the band's third album From Langley Park to Memphis, entering the UK singles chart at #78 on 17th April. The single reached a peak position of #7 on 22nd May, where it remained for two weeks. During this time, Wet Wet Wet were at No.1 with their cover of the Beatles song "With A Little Help From My Friends".
Produced by Thomas Dolby (you may remember his hit "Hyperactive"), the song spent 10 weeks in the UK chart, and became the band's first and only single to reach the Top 10 anywhere. It was released as the follow-up to "Cars and Girls" which had reached #44. Two further singles were released from from the same album, "Hey Manhattan!" (#72) and "Nightingales (#78).
In the video, we see Paddy (who could easily be confused for Feargal Sharkey) and the band lying in sun loungers around a pool at the rear of an English mansion, being served by a frog butler. There are also three hot dogs dancing at the edge of the pool - I wonder if any of them fell into the pool at any point? 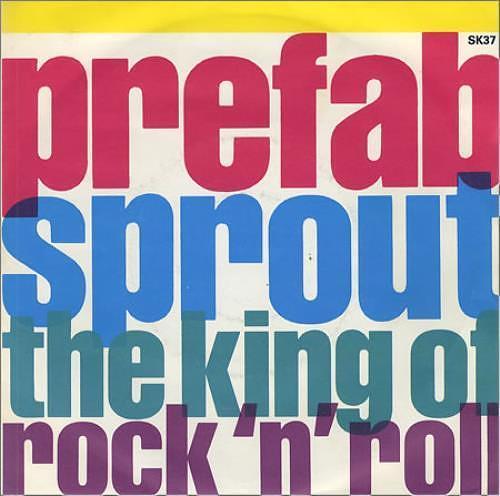 The B-side of the 7 inch vinyl featured the track "Moving the River". The 12 inch also included a further two tracks "Dandy of the Danube" and "Tin Can Pot". A CD single was also issued with four tracks, with "He'll Have to Go" replacing "Tin Can Pot". 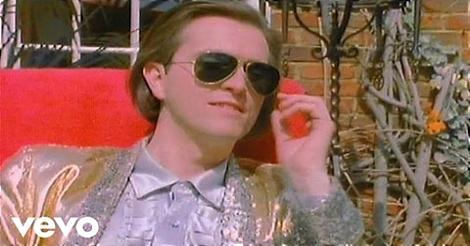 In this official video clip, you can watch the band performing the song on Wogan in 1988, although I believe that Sue Lawley was standing in for Terry at the time. Sadly, we don't see her in the clip.

Lyrics for The King of Rock 'n' Roll