Released in January 1984, the classic 80s anthem Radio Ga Ga was Queen's 22nd Top 40 hit single in the UK, and their ninth Top 40 single of the 1980s. It was the first song to be released as a single from the band's eleventh studio album The Works, and helped to reignite Queen's musical career after disappointment with the previous single Back Chat reaching only #40. The song was also a chart-topper in Ireland and The Netherlands. 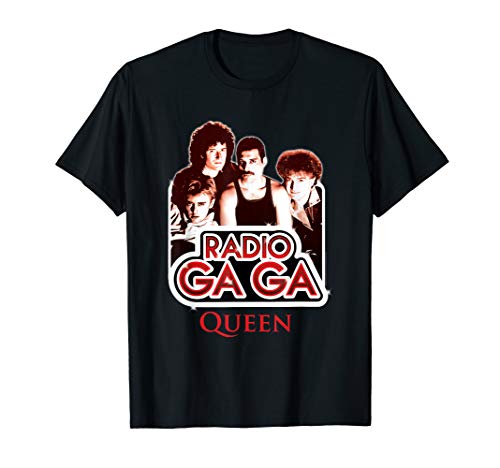 Radio Ga Ga reached #1 in nineteen countries, and all four single releases from the album were successful, reaching the Top 20 in the UK and numerous other countries.

Queen played a more uptempo version of their 1984 hit single Radio Ga Ga during the Live Aid charity concert at Wembley, London, and it became a live favourite thanks mainly to the audience participation in the clapping sequence.

Atv the time of release, all of the band members except Roger Taylor had all helped to pen either a UK or US Top 10 hit. Not wanting to feel left out, "Radio Ga Ga" was written by the band's drummer Roger Taylor, initially to express his anger at commercial radio stations, using the song title "Radio Ca-Ca". However, not wanting to upset the radio stations who would be playing their songs, Queen wisely asked him to adjust the lyrics so they show adoration for the media format.
Did you know? Queen fan, Lady Gaga (real name Stefani Joanne Angelina Germanotta) , picked her stage name from the song's title. Some sources suggest that it was her producer, Rob Fusari, who came up with the name, although it's also been suggested that it could also have been from other people she worked with.
Critics and some fans believe the rock band kind of lost their way with their previous 1982 album Hot Space, which featured a strong disco/dance sound. Fortunately, The Works saw the return of a light rock sound (partially, at least) although their was still a strong use of electronic sounds, but the combination was well-received by critics and many fans. 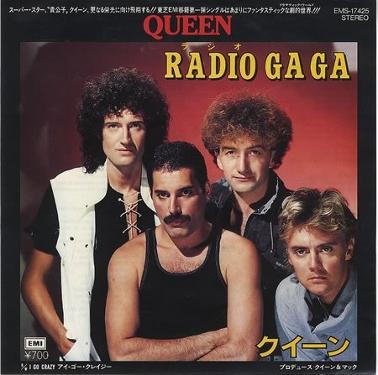 Queen's iconic video was directed by the British director David Mallet. It features footage from the visually powerful 1927 silent film Metropolis by German screenwriter Thea Von Harbou, which was directed by Fritz Lang. Mallet asked for a car to be made for the band to sit in, and then cleverly blended this in to make it appear they were flying through the city.
While much of the video is black and white, there are colour interludes featuring the band wearing red tops and performing in front of extras. Both the band and the extras have raised arms and perform synchronised hand claps. Apparently, it was the band who had problems clapping in time, with the extras sequence being filmed in one take! 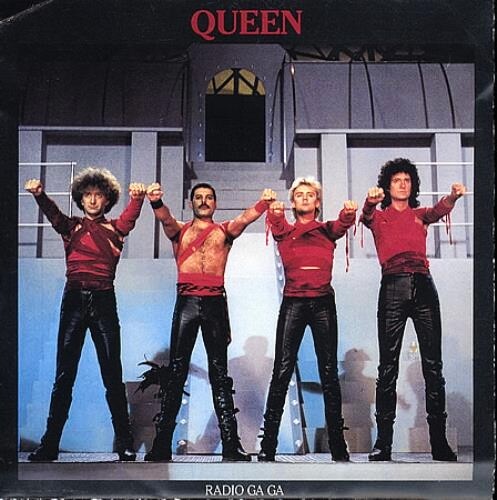 I Want it All