This is an amazingly clear video clip of Ragtime from the 70s, and it's even more amazing when you discover that the BBC wiped most recordings of Children's TV programmes from this era. I haven't heard that title music in a very long time.

So, when was the last time you drew a face on a wooden spoon? That's exactly what presenter Maggie Henderson is doing in this clip, and I seem to remember watching this episode - this is bringing back so many memories!

The other presenter was, of course, former school teacher Fred Harris, and he presented a wide range of TV programmes during the 1970s and 80s including Play School, Chock A Block, Figure It Out (produced by ATV) and Micro Live.

Ragtime ran for just two seasons (26 episodes) between October 1973 and March 1975, with each episode last around 14 minutes. It has been repeated since then, and a re-run was aired in 1979 at 1:45 in the afternoon.on BBC1. Each episode would features educational songs and stories with the help of rag puppets and wooden spoon characters. 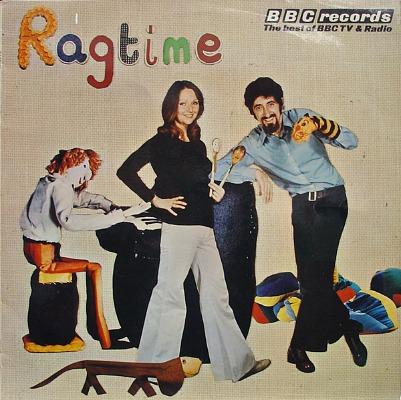 The now rare Ragtime LP by BBC Records - check out those flares! 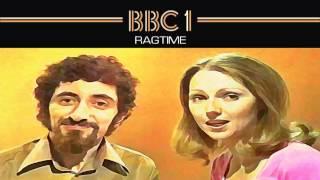 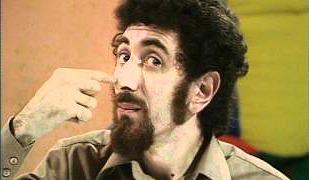 Fred Harris checking his nose is still on his face