If you were to ask a small group of people to name one cultural icon from the 1970s, then there is no doubt in my mind that the Raleigh Chopper bike would be mentioned by someone. If you were fortunate enough to receive a Chopper for Christmas (or even your birthday) then you quickly found yourself surrounded by new friends - you were now the coolest kid on the block!

The Mk1 Raleigh Chopper was launched in May 1969 with an improved Mk2 version replacing it in 1972. It was designed to resemble a chopper motorbike and the design had many similarities to the Schwinn Sting-Ray which had already been launched in the U.S. in 1963. 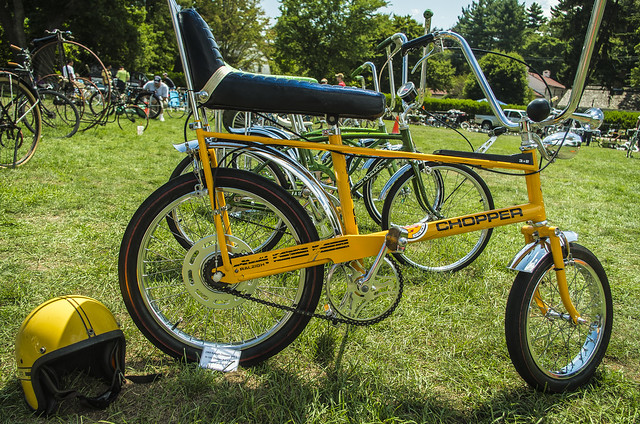 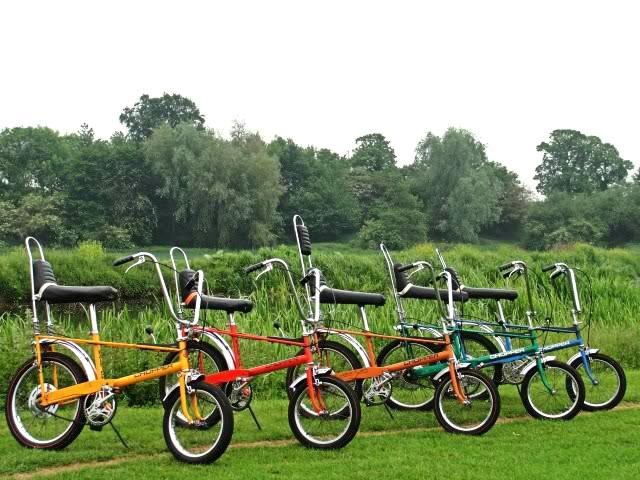 Apparently, Alan Oakley at Raleigh falsely claimed that he was the designer, but it was actually Tom Karen from Ogle design who was responsible.

What made the Chopper so cool?

Quite simply, it was the quirkiness of the design which made it stand out from every other bike on the market - it was pretty radical. The frame-mounted gear lever console had many kids salivating (I was one of them!) along with the high-back seat, high-rise handlebars and the different sized wheels.

However, as cool as it looked, it wasn't a practical bike to ride. For a start, the small front wheel made it unstable, and the bike was generally heavy and slow to ride. The wide tyres caused rolling friction and the bike was prone to wobbliness when you reached even a moderate speed. There were an increasing number of reports of children being involved in accidents, and because of this, the Chopper gained a bit of a reputation for being dangerous to ride - this is probably why my parents, unfortunately, decided not to buy me one.

Despite all of its problems, the Chopper sold in its millions, and continued to be produced until 1981. Indeed, it became Raleigh's saviour and caused a turnaround in the company's slumping sales which they had experienced in the 60s.

The original prices were £32 for a standard bike and £55 for the deluxe version. It's success spawned a number of mini bikes for younger children and these were the Chipper, Tomahawk, Budgie and Chippy. I remember the younger brother of a friend riding around on a blue Chipper and the older brother used to tell everyone that his Chopper had given birth to it - too funny!

There were several significant changes to the second version, and most were for safety purposes. The gear lever shifter changed from a knob to a T-bar-style shifter, and this is the easiest way to differentiate between the Mk1 and Mk2. The seat was moved slightly forward and was shorter for improved balance which helped to prevent the bike from tipping backwards. A small rack was also added to the back. To stop the rider from pulling back the handlebars to look even cooler (this made the bike almost impossible to steer!) the handlebars were welded to the stem.

Of course, these improvements made the bike a lot safer to ride, but they also destroyed some of the coolness, too. The sheer fact that you were riding a dangerous bike was the whole point for many kids, and the smaller seat meant it was almost impossible to fit two riders onto the bike. The Mk1 remained the bike of choice for ultimate coolness and fun!

A new Mk3 version was launched in 2003 and continues to be sold today, although I haven't seen any kids riding one in our neck of the woods. 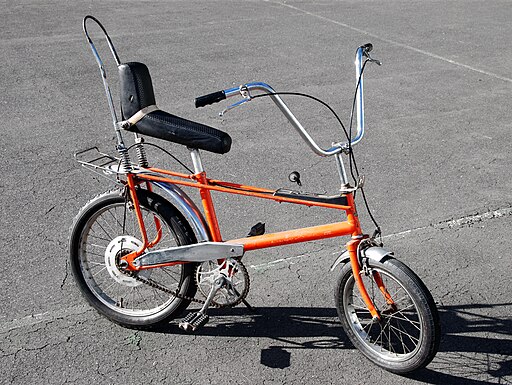 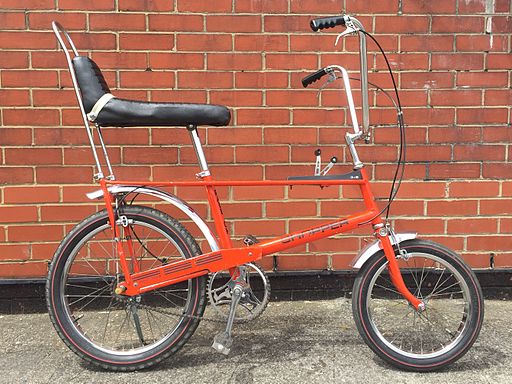 By Raleigh-Chopper (Own work) [CC BY-SA 4.0], via Wikimedia Commons 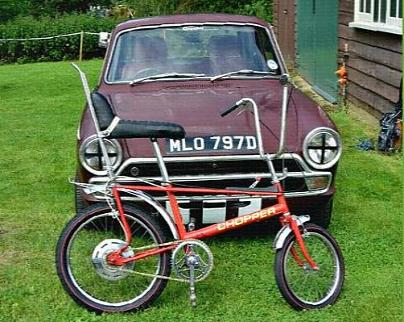 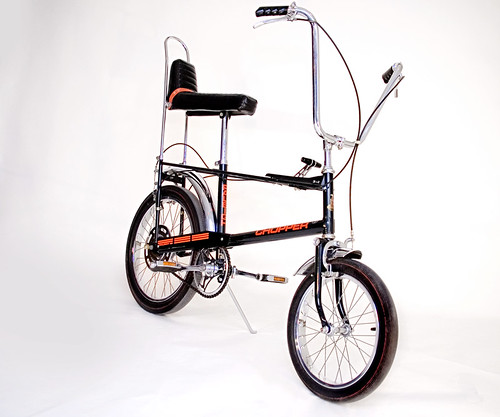 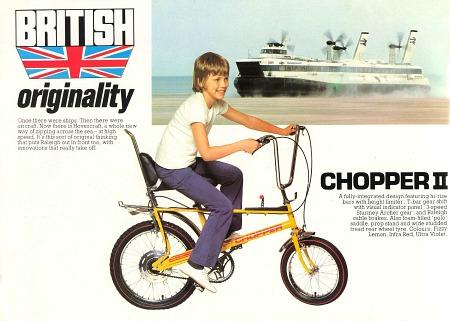 Yes, your eyes did not deceive you! The Chopper is still being built by Raleigh, although in only limited numbers.

If you weren't out and about riding your chopper bike, then chances are you were using one of these!