Razzmatazz was ITV's answer to the BBC's Top Of The Pops music programme, although was aimed at a younger audience - it even used the same style of slanted font for the logo! The series aired over a period of six years from 2nd June 1981 to 2 Jan 1987.
Produced by Tyne Tees, presenters included Alastair Pirrie, Lyn Spencer, Suzanne Dando, Zoe Brown, David Jensen and Lisa Stansfield. The show featured pop performances, games (including Popscotch), and cookery segments. The audience contained pupils from local schools. 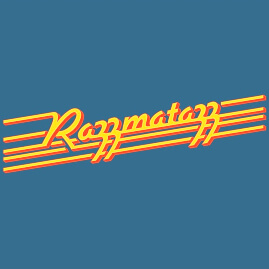 Although I don't have many memories of the show, the one memory that sticks in my head is of Alastair Pirrie receiving a face full of custard pie from Bad Manners frontman Buster Bloodvessel (in the last episode of series 1), before everyone else decided to join in, too!
Lisa Stansfield joined the show as a co-host when she was just 16 years old during 1983, and she also appeared on The Krankies Club. She, of course, went on to have a hugely successful pop music career, starting in 1989 with the hit "People Hold On" with Coldcut. Her most successful hit was "All Around The World". 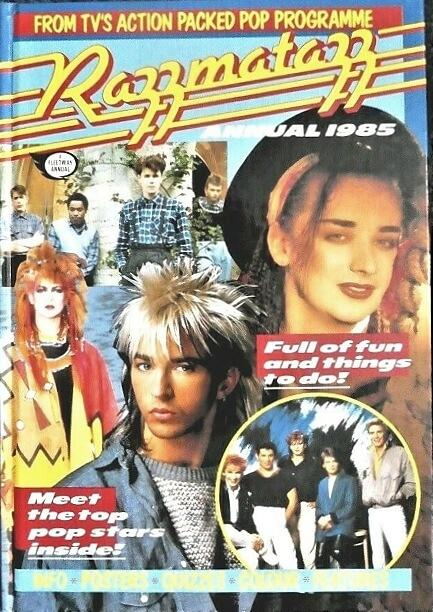 Spencer first appeared on our screens as a presenter of Lyn's Look In on saturday morning TV  for Tyne Tees during the 1970s. She joined Razzmatazz as a co-presenter in 1981, and stayed for two series, before joining Metro Radio, although she was occasionally a continuity announcer. She also presented the teen show Check It Out from 1979 to 1982. Lyn currently runs White Hot Communications alongside Nicky McKeen.

Pirrie was also a presenter for Radio Tees from it's first day of broadcasting on June 24th 1975. Alastair sadly died from a stroke on 27th January 2017, aged 62. He had been living in London for the past 20 years and was married with three children.

Musician, TV presenter and actor Brendan Healy became a regular on the show and played keyboards. He later toured with the band Lindisfarne during the 1990s. He sadly died from cancer on 18th February 2016, aged just 59.

You may remember that the Olympic gymnast Suzanne Dando also presented the show after Lyn Spender left. She also presented the BBC children's sports show Stopwatch alongside Daley Thompson and Janice Long. Dando is now retired and living in Oxfordshire with businessman husband Adam Reynolds. She is 58 years old (as I write in 2019).