RENÉE AND RENATO "Save Your Love"

So what do Metal Mickey and Renée and Renato have in common? No, that's not a terrible 80s Christmas cracker joke, by the way. Mickey's creator and voice, Johnny Edward, was also a songwriter and music producer. He spotted Renato on the New Faces talent show in the 70s, and decided he would like him to sing his popera song "Save Your Love". He teamed up the Italian singer with a professional British singer Hilary Lester, renaming her Renée .
Of course, there were many who believed the duo were husband and wife, or, at least, lovers, which was certainly not the case.
Initially, the single looked like it may not be a hit, entering the UK singles chart at No.54 on 24th October 1982. However, by 21st November, the song had reached No.9, and then reached the prestigious No.1 spot on 12th December, pushing The Jam's "Beat Surrender" down to No.2. The single spent four weeks at the top, holding off The Shakin Stevens EP for two weeks and then Phil Collin's "You Can't Hurry Love". Collins claimed the No.1 spot on Jan 9th 1983.
The song often features in "Worst Christmas Song" lists. However, there's no denying that Renato is a superb operatic singer, and although people continuously mock it and quote that it's "cheesier than mozzarella", the song gave immense enjoyment to many, including my Mum, who was one of the 980,000 people who bought the record.
"Save Your Love" holds the record for being the first ever indie record to reach No.1 in the UK - it was released on Johnny Edward's own budget record label Hollywood Records. As such, only a paper sleeve was included. The B-side featured the track "If Love is Not the Reason".
Renée is not actually in the video, as she had already joined another group by the time the song was released - she was replaced by a model lookalike, Val Penny. However, it was in her contract to participate in two further singles. The follow-up "Just One More Kiss" stalled at No.48, and a third single "Jesus Loves Us All" which failed to chart, leaving the duo officially as one hit wonders.
After the hits dried up, Renée continued to sing on the club circuit. After she married a concert lighting designer (becoming Hillary Gibbon), she had a son and then retired from showbusiness.
Renato continued to sing on cruise ships and the occasional TV show, including being a regular on The Little and Large Show on ITV. There were rumours abound that he sang in the 1970s TV adverts for Wall's Cornetto, although his son has always denied this. Renato sadly died on July 29th 2009 from a brain tumour. He was 69. 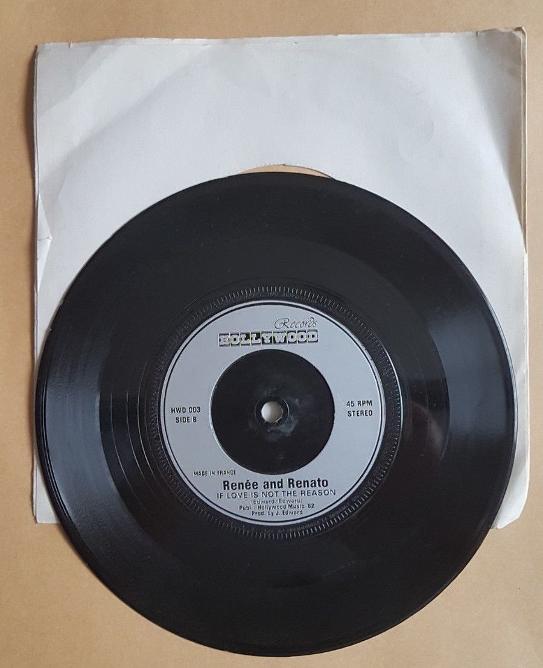 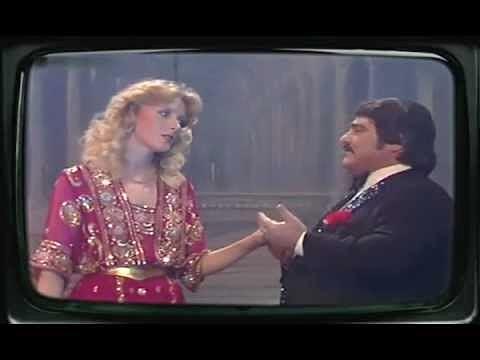 Lyrics for Save Your Love