Being a huge fan of the classic Daley Thompson's Decathlon game by Activision, I was really looking forward to playing this game on my tablet and reliving those long lost days of manic joystick wagging. Of course, you can't use a joystick to play an Android game (not yet, at least!), but I was quite prepared to replace the joystick with my finger tips.

The only option you are presented with in this lighter version of Retro Sports Pro is for a single player game. Then you can choose to participate in one of six single events or the complete championship. I wisely chose to try out each individual event which include 100 Metres, 110 Metre Hurdles, 50 Metre Freestyle, Long Jump, Javelin Throw and Weight Lifting.

All of the games involve frantically tapping the A and B keys alternately to gain momentum, with the C key used to perform a task such as a sprint, jump, throw a javelin etc. For instance, in the 100 meteres you tap the A and B keys as fast as you can and when you reach 90 metres simply press the C key for a final dash - dash too soon and you grind almost to a halt! For each event there is a target to reach to claim the Bronze, Silver or Gold medals. I found quite a lot of inconsistency between the difficulty levels in each event with 100m being pretty easy, but the javelin and long jump being incredibly difficult to even qualify.

Now, I could blame myself for not being particularly brilliant at playing games, but I'm not going to. Instead, I blame a flaw in the game which is the positioning of the C button. Trying to move your finger quickly from the B to C button to perform a final task is a hit and miss affair and very frustrating! There really needs to be an option to customise the button so you can place it in a position for optimum performance - for a right-handed person this would be next to the B button.

Another major flaw with the free version of the game is that sometimes an advert pops-up whilst in the middle of a game. Also, the game crashes on my new 7" tablet on a regular basis. This is a real shame as there are many promising aspects to the game. For instance, I can't fault the authenticity of the 8-bit style graphics and music which are very reminiscent of the 80s style computer games that I used to play back in the day.

If the developers can stop the game from crashing and add a custom C button then they are far more likely to receive download orders for the pro version, and it would certainly would get 4 stars from me. As it stands, though, it's unlikely that many people will want to even spend 0.69p on the pro version. 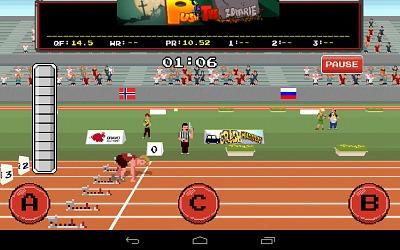 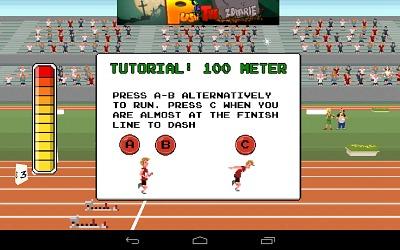 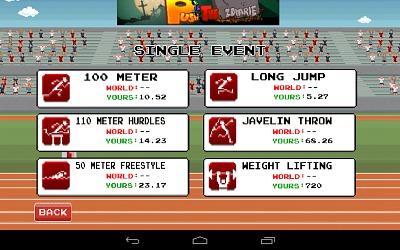