A TRIBUTE TO RICHARD KIEL

I was saddened to hear the news today (10th Sept 2014) that the American actor, Richard Kiel, had died aged 74. Therefore, I have decided to write this small tribute to a towering actor.

He is probably best-remembered for his role as the James Bond villain Jaws in the 70s films The Spy Who Loved Me (which featured that iconic Lotus Esprit submarine car) and Moonraker. The metal-mouthed character provided much humour in those Bond movies, something that, I feel, has been lost somewhat in recent releases.

Kiel also provided the voice of the Jaws character in the 2003 video game James Bond 007 - Everything Or Nothing, as well as playing Happy's former boss Mr. Larson in the 1996 golfing comedy film Happy Gilmore.

I could write many pages about the numerous TV series and films that Richard Kiel had roles in. However, as I don't want SimplyEighties.com to become another dull, wiki style site, I will hand-pick some of the more notable titles that he featured in

Born in Detroit, Michegan in 1939, Richard Kiel appeared to be never out of work during his adult life, with roles in over 40 films and dozens of TV Series. Before his acting career he worked as a bouncer at a nightclub and as a salesman selling cemetary plots, amongst other things.

Of course, Kiel's height (he was 7ft 1.5 inches tall which was caused by Acromegaly) meant that he was suited to very particular roles, and, bizarrely for an actor who is well-remembered for jumping on top of a cable car in Moonraker, he was also scared of heights - a stunt double was actually used for some scenes.

The gentle giant's acting debut came in 1960 in the TV western series Laramie during the episode Street Of Hate. He went on to have roles in sixteen films during the 1960s including Lassie's Great Adventure in 1965 in which he played Chinook Pete and The Nutty Professor in 1963 as a bodybuilder.

The acting roles continued into the 70s and 80s. Kiel played Iggy in a 1976 Starsky & Hutch episode called "Ohama Tiger", as well as a mean-sounding character called Animal in the 1981 episode "That's Right, We're Bad" of The Fall Guy, in which Lee Majors was the main star, of course.

Kiel's role as Jaws in the Bond films came about after he was spotted in 1975 (by the producers) playing Moose Moran in the TV western series Barbary Coast, which starred William Shatner. His cable-chewing antics and iconic grin went down well with Bond fans, and he also added warmth to a mean-looking character that could've been been simply hated by everyone, but ended-up being loved by everyone who watched those Bond films.

In 1977, Kiel was the original choice to play The Incredible Hulk in the TV series. However, he was deemed unsuitable after he wasn't muscular enough (Arnold Swarzenegger was also turned down as he wasn't tall enough!) and he also struggled with removing the green make-up and reacted badly to a contact lens, apparently.

Following a serious car accident in the early nineties (which affected his balance), Kiel became frail and required a walking stick or mobility scooter.  However, he continued with his acting and voice-over career well into the 2000's, with one of his final roles being the voice of Vladimir in the 2010 Disney animated movie Tangled.

During his final years, the actor appeared at numerous Bond conventions around the globe. He was known to many of us who grew-up in the 70s as "that big guy with silver teeth", but whatever memories you have of him, I strongly suspect they will be fond ones. 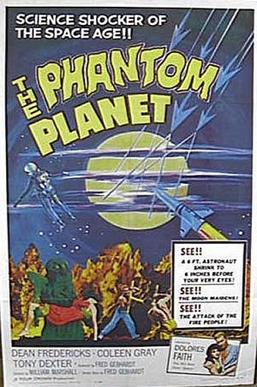 KIel's first movie acting role was in the 1961 sci-fi B movie The Phantom Planet as The Solarite. 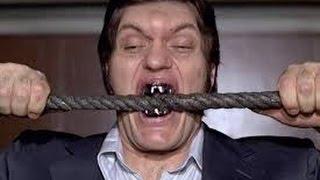 This is one of the most memorable moments from the 70s Bond films where Jaws chews through the wire of a cable car in Moonraker (1979). 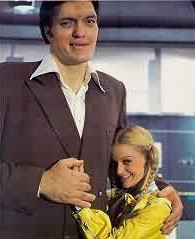 Jaws showing his softer side with his pig-tailed girlfriend Dolly. In Moonraker, Jaws role became more comedic, and he went from being a villain to James Bond's ally.