When I heard the intro to this I though I'd selected Rick's debut single Never Gonna Give You Up by mistake as they sound pretty similar! "Whenever You Need Somebody" was the title track from Rick Astley's debut album, and it gave the English singer his second hit of the 1980s, reaching #3 in the UK and breaking into the top five in many European countries, reaching No.1 in seven of them overall.

Produced by Stock, Aitken and Waterman, this is a tasty slice of soul pop which features a slick but very 80s production, and it was originally penned for the English singer O'Chi Brown and became a minor hit reaching #97 in the UK during 1985, but also reaching No.1 on the Billboard Hot Dance Club Play charts a year later in 1986.

Rick' s version was also penned by S/A/W. The B-side of the 7" was Just Good Friends, and the 12" maxi single also included an instrumental version of the A-side and the Lonely Hearts Mix.

Of course, not everyone was a fan of the endless hits churned out on the PWL label, and I feel that some of the songs never really made the most of Rick's exceptional voice. Nonetheless, the label helped to spawn many successful musical careers for a wide range of artists back in the day. 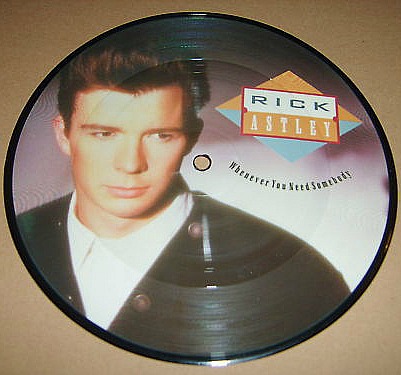 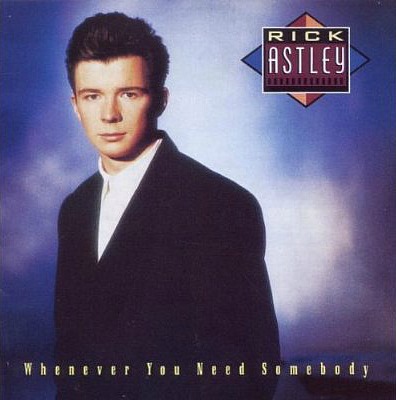 Rick's first album Whenever You Need Somebody was re-released as a double CD in 2010 and features seven bonus tracks on CD1 and another 14 remixes and extended versions on the second disc.

Originally released on 16th November 1987, it became the seventh best-selling album of 1987, and it remains the most commercially successful album for the singer. Two more singles were released from the album, both reaching #2 in the British charts; When I Fall In Love/My Arms Keep Missing You (double A-side) and Together Forever.

Never Gonna Give You Up

When I Fall in Love