ROBERT PALMER "I DIDN'T MEAN TO TURN YOU ON"

"I Didn't Mean to Turn You On" was actually a cover of a song that was originally a minor hit in the U.S. for the Amercian R&B singer Cherelle, reaching No.79 on the Billboard Hot 100 and No.6 on the U.S. Dance Chart during 1984. It was penned by James Harris III and Terry Lewis and produced by Jimmy Jame and Terry Lewis.
Robert Palmer's version was much more successful, and entered the UK singles chart at No.30 on 13th July 1986, while Madonna was at No.1 with Papa Don't Preach. Palmer reached a peak position of No.9 for one week on 27th July in the same week that Chris De Burgh reached No.1 with his mushy love song The Lady in Red.
Released by Island Records as the fifth single from Palmer's eighth and most successful studio album Riptide, the song reached #2 on the Billboard Hot 100, being kept off the top spot by Boston with "Amanda".
The B-side featured the track "Get It Through Your Heart", which was written by Palmer. The 12" vinyl also featured the same B-side, but with the Original Long Version of "I Didn't Mean to Turn You On" as the A-side.
The video features the same five pouty, short-skirted female models (as his abstract backing band) that were used in the iconic Addicted To Love, which was the third single release from Riptide. However, there are also an additional four female dancers wearing white dresses performing a wiggly dance routine on a separate, higher stage area next to them. Two models dressed in white also feature as a camera girl and sound technician.
The Riptide album was recorded at Compass Point Studios in the Bahamas during 1986. Members of The Power Station, drummer Tony Thompson, Duran Duran's Andy Taylor and bass player Bernard Edwards, played on some tracks. Thompson played drums on "I Didn't Mean to Turn You On". Edwards also produced the album and was also The Power Station's producer. 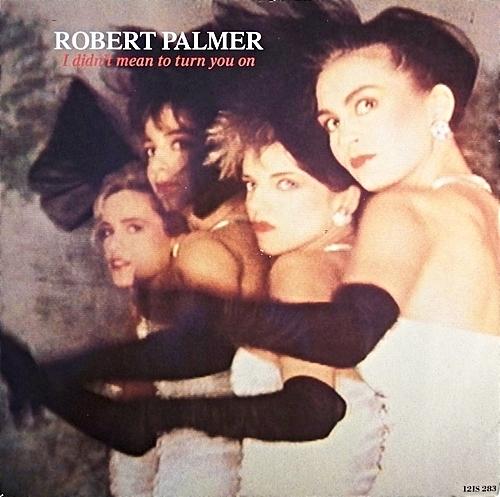 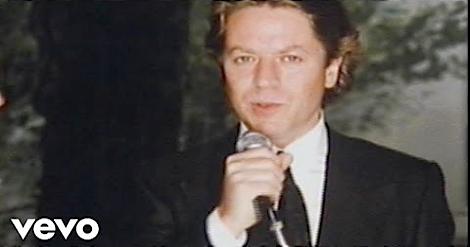 Lyrics for I Didn't Mean To Turn You On