If you always thought that "Somebody's Watching Me" was sung by Michael Jackson, then that's because it is, partly. Jackson and his brother Jermaine provided guest vocals. Rockwell talks his way through much of the song, and the only singing is by the two jackson's during the Chorus.
However, Jackson had no hand in the songwriting, as the track was penned by Kennedy "Rockwell" Gordy himself, and he also co-produced the single alongside Curtis Anthony Nolen.
The B-side featured an instrumental version of the A-side.
The single was the title track from Rockwell's debut album, which reached No.56 in the UK and No.15 in the U.S. Two further albums Captured and The Genie failed to chart - Captured reached No.120 in the U.S.
Rockwell is the son of Berry Gordy, the founder of the Motown record label. The executive producer, Raynoma Singleton, was his father's ex-wife, and Rockwell was living with her at the time of recording.
Rockwell had to work hard to convince his father to release his music on the Motown label. He knew that if he could convince Michael Jackson to sing on a single, he would have a surefire hit on his hands, and his father would sign him up. Rockwell's sister, Hazel, was married to Michael's brother, Jermaine, and this was the perfect route through to get in contact with Michael.

Released by Motown on Jan 14th 1984, the song entered the UK singles chart at No.52 on 29th Jan, making it the fifth highest new entry that week. The single reached No.6 on 26th Feb, where it remained for two weeks, and spending a total of 11 weeks in the UK Top 100.
The single was a chart-topper in Spain, France and Belgium, and reached No.2 on the U.S. Billboard Hot 100, and also in Canada, Germany and The Netherlands.

The video features a spooky paranoia theme, with the camera moving around a house and focusing on various objects. The shower scenes are inspired by the movie Psycho, with Rockwell paranoid about being watched. He has visions of a creepy man looking at him in the house, and also of a tombstone with "R.I.P. Rockwell" engraved on it. When he goes to investigate a noise, he heads for the balcony, and is relieved to see it is the postman. However, he is actually a zombie, and as he hands the mail to Rockwell, his left arm moves upwards ready to grab or hit him, and this is where the video ends.

Other Songs by Rockwell

This was the first and only hit for the musician in the UK, making him a one hit wonder. His follow-up single "Obscene Phone Call" stalled at No.89 (No.35 in the U.S.), and another single "Taxman" reached No.88 in the UK during 1984. Despite releasing further singles during 1985 and 1986, they all failed to chart in the UK. 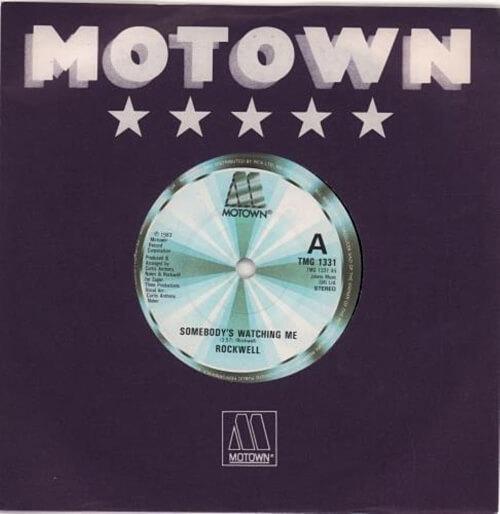 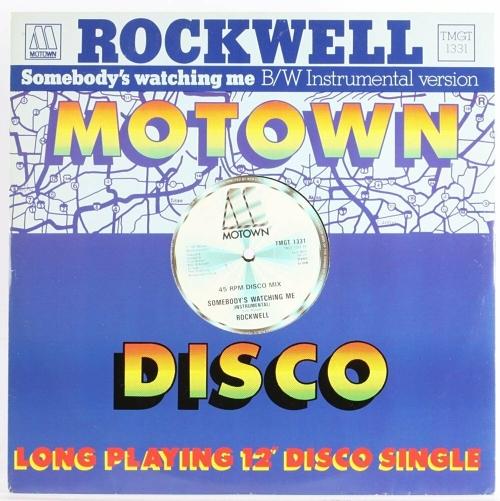 Lyrics for Somebody's Watching Me