ROD STEWART SONGS FROM THE 70S

You'll find 38 tracks in the playlist above featuring the majority of Rod Stewart's best-selling singles from the 70s to the 90s, and I've tried to add only the best quality and original videos wherever possible.

"Maggie May" was Rod's first hit single, topping the UK and U.S. charts in 1971, and featuring on the album Every Picture Tells A Story. The track was actually released as the B-side to Reason To Believe, but received more airplay in the U.S.

However, pressings of the single continued to state "Maggie May" as the B-side, although it was reclassified as the A-side. The lyrics are about Rod's involvement with an older woman when he was a young man in 1961.

The video clip features Rod performing with The Faces, although the single was a solo release without the band, and was his first solo single to chart. 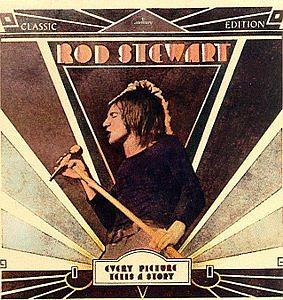 Released in May 1971, this critically acclaimed LP was Rod's third release, and the first to be commercially successful in the UK, topping the album charts here and also in the US, Canada and Australia. It featured the No.1 single "Maggie May". 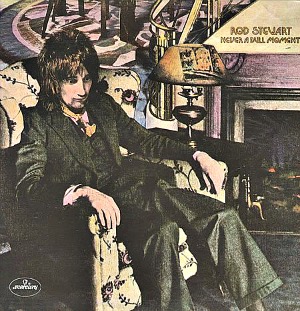 Many fans would argue that Rod Stewart's fourth studio album was Rod Stewart's finest hour. Released in July 1972, the nine track album topped both the UK and Canadian charts.

The album lives up to its promising title, with many different styles of music including folk rock, soul and rock and roll, and the Faces made a heavy contribution to the sound, along with many guest musicians inc. Ray Jackson from the band Lindisfarne and jazz bassist Spike Heatley.

Ironically, the album sleeve is somewhat dull, and features an artistic impression of Rod staring into space while sat in an arm chair. Intentional maybe?

In August, You Wear It Well became Rod's second hit single and was another chart-topper in the UK. The song had a similar style to the previous hit Maggie May, and was the only hit from the album Never A Dull Moment. 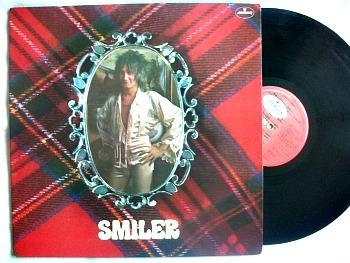 The critics hated this album, with many describing it as "unadventurous", although many chose words not quite as polite as that!

However, this didn't stop Smiler from topping the UK album charts, and some now believe that the album is underated and over-looked.

The lead single from the album Farewell was released as a double-A side with Bring It On Home To Me/You Send Me and reached #7 in the UK. The second single Mine For Me was written by Paul and Linda McCartney but was only released in the US where it could only reach #91 on the Billboard Hot 100. 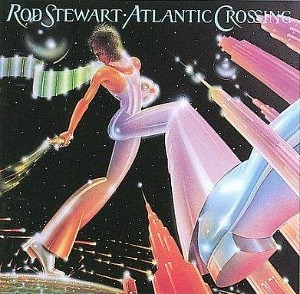 Released on 15th August 1975, and as the LP title suggest, this was the start of a new era for Rod Stewart. He moved to Los Angeles to avoid the extortionate taxes imposed by the Labour government, and the album was partly recorded in LA and also in Florida and New York. For the album's sound, Rod dropped the Faces and brought in session musicians for a more polished, tighter commercial sound.

Atlantic Crossing spent four weeks at No.1 in the UK from September 1975 and achieved a Platinum sales certificate. 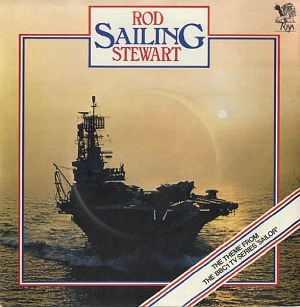 Sailing vinyl Single Sleeve (1975)
Sailing was the first of to hit singles to be lifted from Rod's sixth studio album Atlantic Crossing, and it was also used as the theme to the BBC series Sailor.

However, the Americans weren't so keen on the track and, disappointingly for Mr. Stewart, stalled at #58 on the Billboard Hot 100. Sailing was actually written by Gavin Sutherland and originally released by The Sutherland Bros. in June 1972. 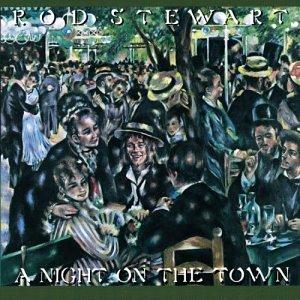 Rod's seventh studio album was one of his most successful, achieving 6x Platinum in Australia, 2x in Canada and the US and Platinum in the UK. The A-side was listed as the "slow side" for the ballads and the B-side as the "fast side" for the up-tempo rock tracks. The cover art features the painting Bal Du Moulin De La Gallette by Renoir - with Rod cheekily placing himself in the painting - which depicts a Sunday afternoon at the Moulin De La Galette. 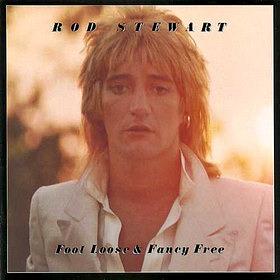 Rod's eighth studio album was released in Nov 1977 and became his third consecutive album chart topper. It featured the singles You're In My Heart (The Final Acclaim) and the double-A side Hot Legs/I Was Only Joking. 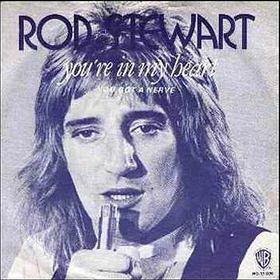 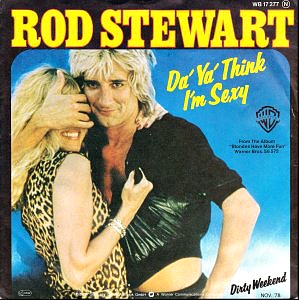 Da' Ya' Think I'm Sexy was a fun and catchy tune which was released as the lead single from the album Blondes Have More Fun, and topped the charts in numerous countries including the UK and U.S. Released in November 1978, all royalties from the single went to the UNICEF charity. 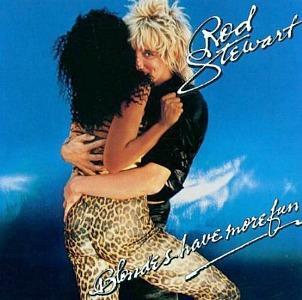 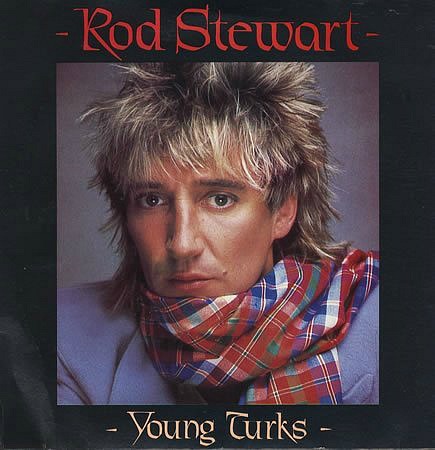 Rod wearing his trademark tartan in the form of a scarf

Young Turks was a synth-based track has a real eighties feel to it and was released as the second single from Rod Stewart's eleventh studio album Tonight I'm Yours and reached #5 on the Billboard Hot 100 and #11 here in the UK. 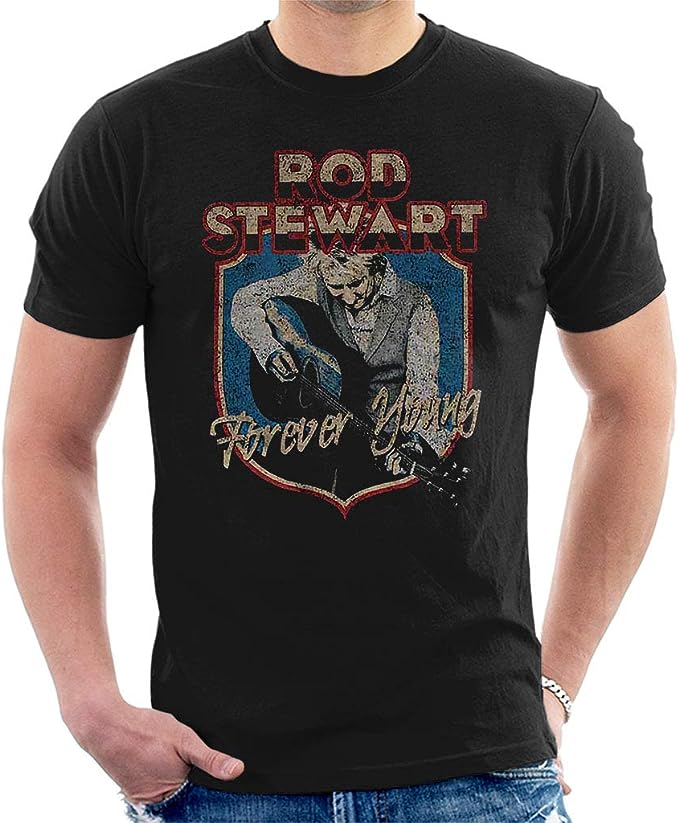