Launched in England during 1881, the sugar-coated jelly sweets (which are made at the Rowntree's factory in Fawdon, Tyneside), still come in a long tube and contain 25% fruit juice, although Rowntree's is now a brand name rather than a company, as they were taken over by Nestle in 1988. 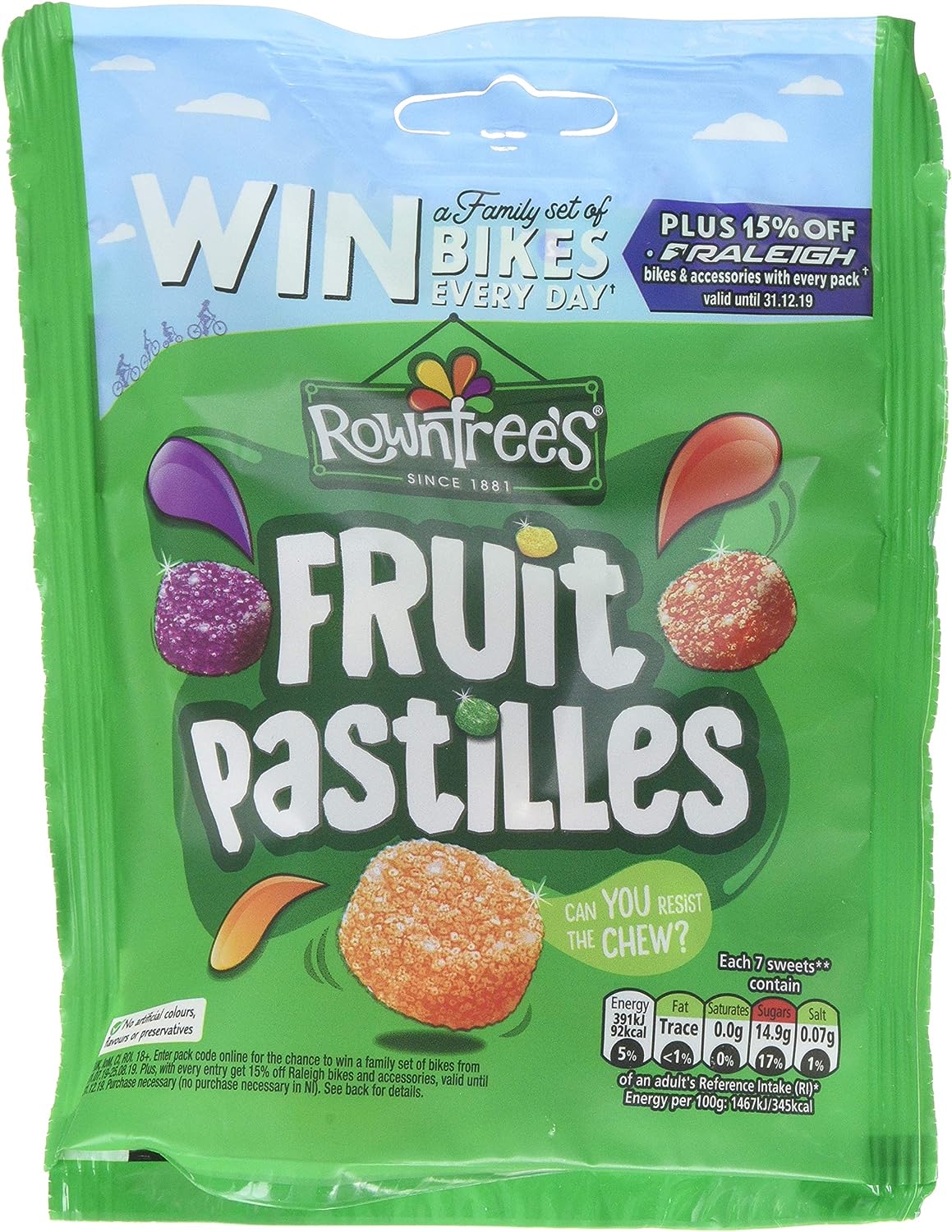 If you haven't bought a packet in a while, then let me remind you that there are five flavours: Lime (green), lemon (yellow), blackcurrant (dark purple), orange (erm, orange!), and strawberry (red). These days there are 14 in the tube, but it would be interesting to know how many were in the tube back in the 80s, as most package sizes have shrunk these days!
Now, you may well remember some of those TV ads from the 1980s, and the one which really sticks in my mind is the one featuring a young lad and a giant basketball player. After showing off his ball skills, the lad is not over-impressed and replies "Not bad, but I bet you couldn't put one of these Fruit Pastilles" in your mouth without chewing it!". Of course, like most of use, he couldn't, and this theme has been used in many (but not all) of their TV ads over the years.
This similar ad featuring a young black girl and a majorette was also on British TV screens around 1983, with the slogan "It's the fruit that makes you chew 'em".
Another 80s TV advert featuring a bunch of kids trying to get to grips with the tongue twister "Sweet sharp soft chewy fruity sweets" was also launched, although I'm unsure of the exact year.
In 1994, an imaginative advert featuring a robot which couldn't resist chewing was launched, and ended with the slogan "You just can't help chewing!"
Unfortunately, there are no more old clips currently available from the 1980s, but I hope you will remember the two above, at least.