"This is Mike Reid, this is not a wig, and this is Runaround". This is a very rare clip of the kids TV game show, of which there were 12 series (100 episodes inc. the Christmas specials) between Sept 1975 and Sept 1981.

The show was based on an American TV show of the same name, but the British version was actually more successful. Gravelly-voiced entertainer Mike Reid (now best-remembered for playing Frank Butcher in the soap Eastenders) hosted the series between 1975 and 1976, and again in 1978-1981, with Leslie Crowther and Stan Boardman hosting between 1977-78.
The series was produced by Southern Television before the franchise went over to Central TV and was renamed Poparound, the reason being that the questions were about pop music. This was hosted by Gary Crowley who now has a two hour Saturday evening radio show on BBC London 94.9, and also fills in for presenters on BBC 6Music.

Apparently, the master tapes for the majority of the episodes of Runaround were wiped to save costs - absolute sacrilege! Clips of the show are now very rare indeed, so be very grateful for the poor quality clips on this page! 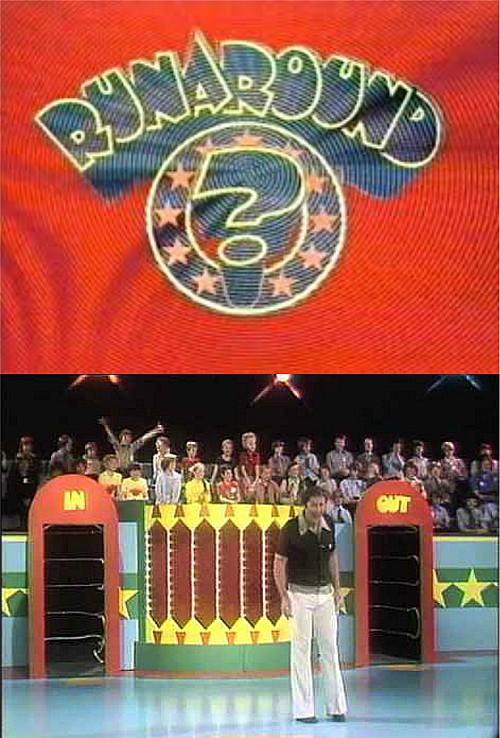 This clip is from a Halloween special, and the star prize is a film projector. Wonderful to see that bit of 70s technology, and I always wanted one of those, although it would've been way out our price league! Watch out for the legendary Carry On movie star Charles Hawtrey.
This clip from 1981 features the Southern Television ident at the start, which many of you probably haven't seen in a long time. More wonderful prizes (actually, I'm not being sarcastic as they're better than anything ever offered on Blankety Blank) which include a compact cassette tape recorder, stereo record player and a video game. 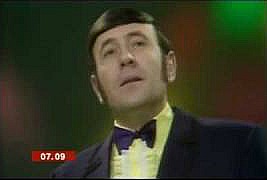