Ryan Paris is an Italian musician who scored a worldwide hit with his debut single "Dolce Vita" in 1983. The Italo Disco/80s synthpop tune was the first of 22 single releases (including reissues of "Dolce Vita") between 1983 and 2015.
Unfortunately, despite being a handsome Italian, Paris could not woo the ladies enough to replicate this success, and the song became a one hit wonder in the UK.
There are two videos on the page for you to enjoy. The first (above) features a performance on Top Of The Pops in the UK, in which, Ryan's dancing seems rather awkward - dad dancing springs to mind! The second is the original 1983 video for the song which is further down the page.
This is one of those 80s songs that, when played, people shout out "Oh, I'd forgotten about this one!". Indeed, it's a forgotten gem from the 80s that doesn't get an awful lot of airplay or feature on many compilations. It was written and produced by Pierluigi Giombini, who also produced the song "I Like Chopin" for the Italian singer Gazebo, which became a huge hit across Europe in 1983.
The synth melody feels very OMD, and if McCluskey and Humphreys did Euro disco, then it would probably sound like this - apart from the voice, of course! The reverb is quite heavy and the groove is very straightforward and minimalist with hand claps throughout most of the song.
"Dolce Vita" has been released five times as a single. Paris released a remix in 1989. In 1991, the song was released as a double-A side with "Fall In Love", a song that was originally released in 1984 as his second single. In 1999, a new version "Dolce Vita '99" was released. A re-mastered version was released in 2009.
In 1984, Ryan Paris released his self-titled album in Italy only.
Chart Performance
Dolce Vita spent a total of ten weeks in the UK singles chart, entering at #85 on 21st August 1983. The single was a relatively quick climber, jumping to #45 by 28th Sept, #21 on 4th Sept, and its peak position of #5 on 11th Sept. The single remained inside the top ten for three weeks, falling to #6 on 18th Sept and then #7 on 25th Sept.
The Video
Translated, "Dolce Vita" means "Sweet Life", and the video very much reflects this. It starts with Ryan standing near the Eiffel Tower in Paris, taking full advantage of his surname. We then see him sat outside in a street cafe having a drink. In a very 80s style, some of the imagery is shown in small, rectangular boxes against a black background. Video producers were very keen back then to show off their state of the art effects. We then see various women walking the streets of Paris, and also roller skating around Ryan. In fact, the producer seems to have an obsession with the ladies. The rest of the video features Ryan dancing and singing either in front of the Eiffel Tower, next to the river or outside the street cafe, mixed with more shots of beautiful women, some looking more pleased about it than others. 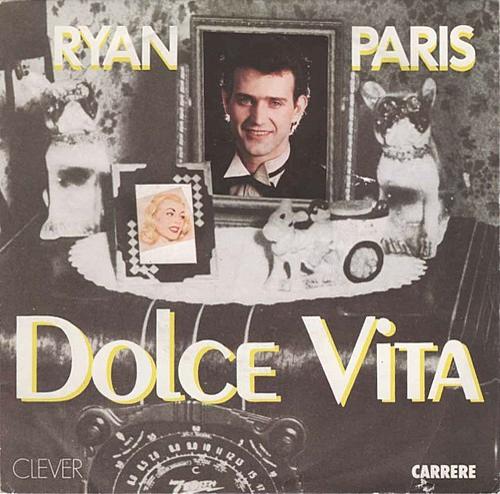 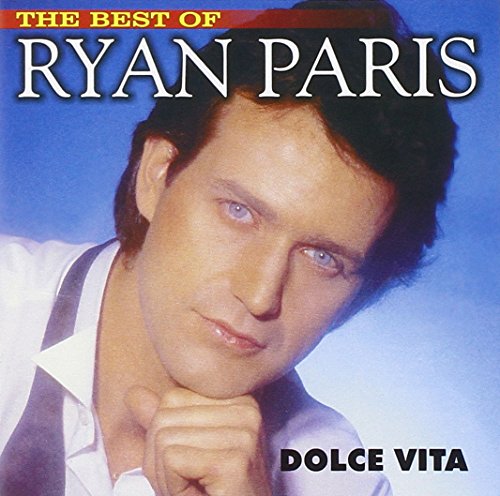 The Best of Ryan Paris

Classix Nouveaux - Is It a Dream?