If you walked into a Dixon's store during the 1980s, then you will have seen a whole range of products bearing a Saisho badge. Saisho was introduced in 1982 as Dixon's own budget brand. I bought a radio cassette player for my Austin Metro, and was reluctant to splash out on one of the major brands, so the budget range was ideal for a tight-fisted git such as myself!

Despite the bargain prices, the technology was surprisingly good, and I have a friend who bought a CRT Saisho TV in 1989 that didn't give up the ghost until 2012.

The fashion of the 80s extends to not just what we wore, but to just about everything we did in the decade - the food we ate, the music we listened to and the hi-fi's we played it on etc. Walk down any high street in the late 80s and you would, no doubt, have seen a number of people carrying a Saisho carrier bag - whether they would have been considered fashionable is open for debate, of course!

If you owned a personal stereo (such as a Sony Walkman) then these battery operated amplified speakers with rotary lead winder would have been very useful. 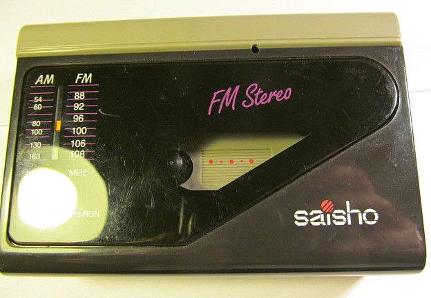 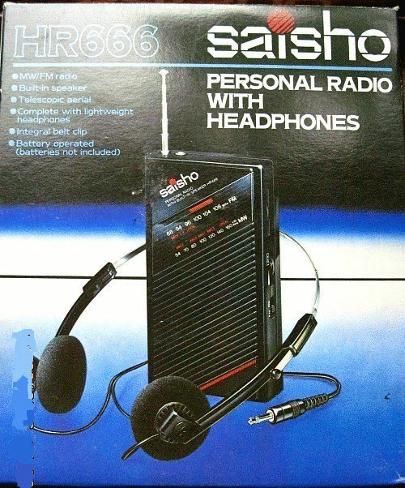 Black electrical equipment was very much in fashion during part of the 80s, as was black ash furniture, which I had in my bedroom. This Saisho personal radio would have sat nicely on my book shelf, which contained very few books.