Unfortunately, there are no official videos for either hit and the Top Of The Pops performance on December 16th 1982 has been deleted either for copyright reasons or because their performance was introduced by Jimmy Savile. However, I have managed to find one unofficial video featuring the band's second hit being played on 1968 Decca Capri record player. This does, at least, give you an idea of how the band sounded - rather like a Chas N' Dave tribute act or, at least, a group who sounded like a bunch of tanked-up cockney lads having a pub knees-up. 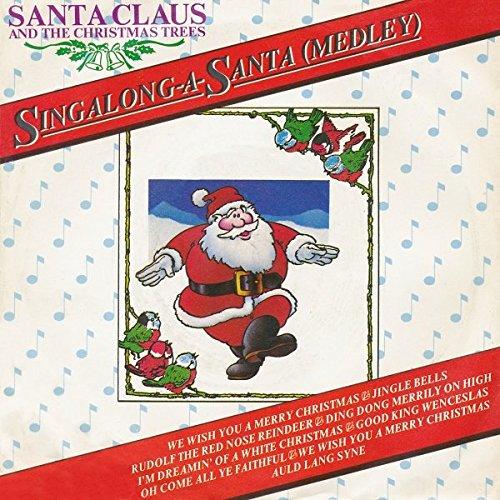 The first jolly medley of Christmas tunes managed to reach #19 in the UK single chart during December 1982. However, just when you thought it was safe to go back into the Top Of The Pops studio, the following year this bunch had another hit with Singalong-A-Santa Again. This time reaching #39. Fortunately, that was the last we saw of this lot!

Actually, it's quite surprising how many Christmas tunes there were in the 80s that never get played anymore. Most radio stations are playing the same old stuff such as Slade, Wizzard, Wham and Shakin' Stevens, but having browsed through the past charts there are literally dozens of Christmas hits that seem to have been completely forgotten about.

As you can tell by the single sleeve, the original medley included well-known carols starting with We Wish You A Merry Christmas and ending with the New Year's Day classic Auld Lang Syne. I have an amusing memory of being in rehearsals for our primary school Christmas concert while trying to sing We Wish You A Merry Christmas. The teacher was desperately trying to make our group sing "wish" more softly, but it became almost impossible to sing the chorus without a making "wish" sound harsh. It's a naturally harsh-sounding word, very much like swish, and asking a group of pre-teens to sing it softly was like asking Rudolf to not have a red nose!

The follow-up single also started with the aforementioned carol and ended with The Goblin Party. 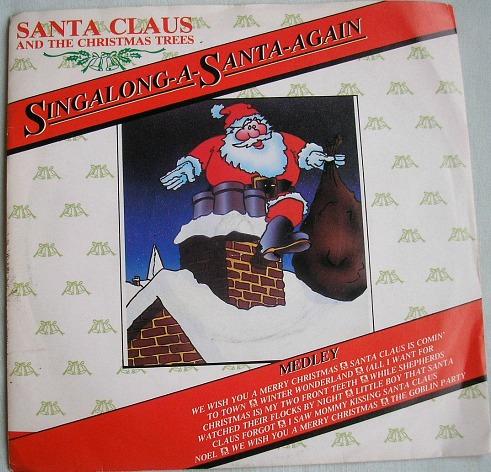 Spot the difference! These lads were really pushing their luck trying to cash in with a second medley.