"A LOVE WORTH WAITING FOR"

Despite this being one of Shaky's best performing singles, it receives little airplay when compared to some of his other hit songs. This was the eighth single by the Welsh rock and roll singer to reach the UK top 5, and was released as the last single from the 1983 album The Bop Won't Stop. It was also the highest-charting single from the album. 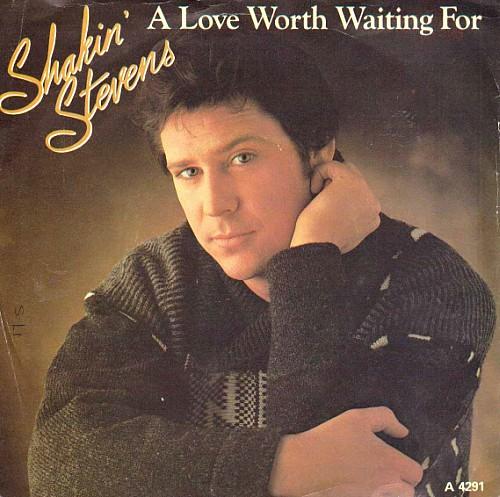 Penned by Gary Sulsh and Stuart Leathwood, "A Love Worth Waiting For" is a jaunty number, although more 60s pop than rock n' roll. Indeed, this period saw Shaky move away from traditional rock and roll and venture more towards more contemporary pop. The song entered the UK singles chart at No.22 on 18th March 1984, while Lionel Richie was at No.1 with "Hello". The song climbed to No.7 the following week, and on 1st April reached a peak position of No.2. for two weeks, with Lionel Richie denying Shaky the top spot during both of these weeks.
The video starts with a view of a road by a village church with the sound of birdsong. Shaky is being chauffeur driven in a classic black Daimler. Throughout the video, he reminisces about his childhood, with black and white imagery showing him with a young lady catching frogs in a stream and chasing her around a tree. The singer revisits the areas where he used to hang out with the girl.
Towards the end, we see him pull up outside a record shop with a large crowd of young fans lined up waiting for him. They surround the singer in an effort to get autographs. One person in the crowd is the girl he played with as a child (who is now an adult, obviously), who hands Shaky half of an old photo while he is fighting his way through the crowd and back to the car, but he fails to recognise her.
While being driven away from the record shop, Shaky takes the ripped photo from his jacket and realises that it is one half of the photo that was taken of him and the girl from his childhood. He then matches it up with the other half he has kept since his childhood, and then waves to the girl through the back window of the car. The video ends with the girl giving a smile.
Previous singles released from The Bop Won't Stop (in chronological order) were "It's Late" (#11), "Cry Just A Little Bit" (#3) and "A Rockin Good Way" (#5) which was a duet with another Welsh singer, Bonnie Tyler. 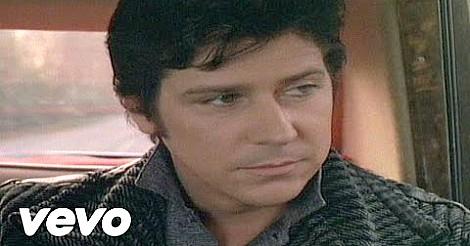 Lyrics for A Love Worth Waiting For