Released as the second single from Shaky's sixth studio album from the 1980s, The Bop Won't Stop (and thirteenth album overall including those released as Shakin' Stevens and The Sunsets), "Cry Just A Little Bit" became Shaky's thirteenth Top 30 single in the UK.
The single featured as track 8 on the album, and was penned by the Scottish songwriter and producer Bob Heatlie - he was also responsible for "Merry Christmas Everyone" and Aneka's novelty hit "Japanese Boy". "Cry Just A Little Bit" was the only track on the album penned by Heatlie, with a wide range of other songwriters (including Shaky himself) penning the other tracks. This was the singer's first album to also be released on CD. 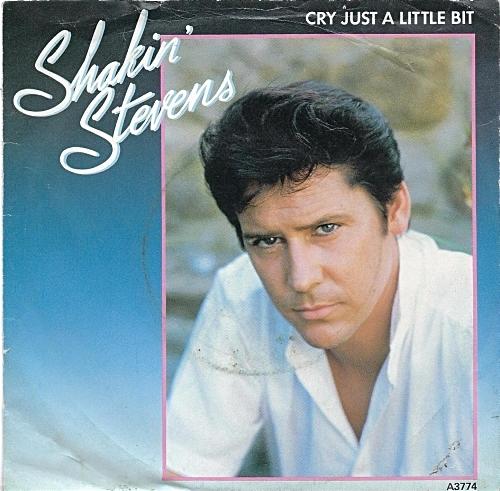 The lead single from the album, "It's Late" reached No.11 in the UK. Two further singles were also released from the album; A Rockin' Good Way (with Bonnie Tyler) which reached No.5, and A Love Worth Waiting For which reached No.2.
"Cry Just A Little Bit" entered the UK singles chart at No.19 on 30th October 1984, jumping to No.4 the following week. The single reached a peak position of No.3 on 13th Nov, with Paul McCartney and Michael Jackson's "Say Say Say" at No.2 and Billy Joel's "Uptown Girl" at No.1. These chart positions remained unchanged for two weeks.
The American country music star, Sylvia, released a cover of the song in June 1985, which reached No.9 on the U.S. Country Chart and No.8 on the Canadian Country Chart.
In the video, we see Shaky singing in the studio, and also scenes of a Mother who is left at home alone when her husband and daughter go off to work and her son goes to school. She picks up a letter delivered by the postman which contains two tickets for a Shaky concert. Sadly, they're for her daughter and her boyfriend, and the mother can only dream of going to the concert as she dances on the kitchen table to the music. In the final scene, we see her husband and son watching Shaky on the TV. The husband, who is not a fan, turns it off in disgust and reads his newspaper, leaving his poor son looking very fed-up! 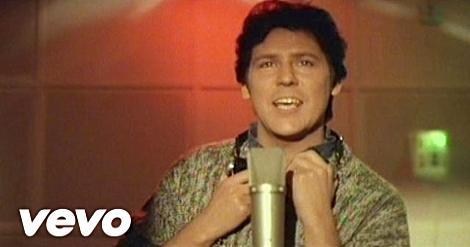