For those of us who grew-up listening to the pop charts in the 1980s, the most recognised version of "Green Door" is by Shakin' Stevens. However, the song was originally recorded in 1956 by the American singer Jim Lowe. Released by Dot Records, the single reached #8 in the UK and #1 in the U.S. The track was composed by Bob "Hutch" Davie with the lyrics penned by Marvin Moore. In the same year, a cover by British singer Frankie Vaughan was even more successful, reaching #2. 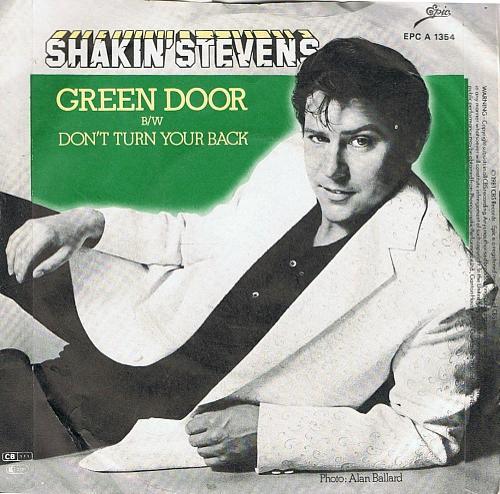 The most successful version of all, though, was Shaky's, which reached #1 on 26th July 1981, knocking The Specials "Ghost Town" off the top spot and remaining there for four long weeks. The song had entered the charts at #22 the previous week.
The single was the second to be lifted from the No.1 album "Shaky", which also included the previous hit "You Drive Me Crazy", a new song composed by Ronnie Harwood that reached #2 for four weeks in the spring of 1981. Five of the tracks on the album were self-penned, proving that Shaky wasn't just a rock n' roll cover artist. A third single entitled "It's Raining" (which was released in the autumn) reached #10 in the UK.
The lyrics refer to an obsure and private nightclub shrouded in a haze of cigarette smoke, in which the members play the piano and laugh a lot. The singer of the lyrics is kept awake by the noise, but when he knocks on the green door they won't let him inside - "hospitality's thin".
Some sources suggest that the green door in question was to a lesbian club just off King's Road in Chelsea. The line "When I said Joe sent me someone laughed out loud" is, apparently, about the gay record producer Joe Meek. As the lyricists are American, this could well just be a myth.
"Joe sent me" is what the singer believes is the secret password into the club. When he shouts it through the keyhole he is laughed at by the club members and refused entry.
The B-side featured the track "Don't Turn Your Back". 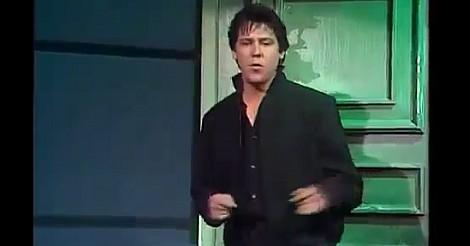