"BALLAD OF THE STREETS" EP

Released on 6th February 1989, the haunting "Belfast Child" was the lead track on the "Ballad of the Streets" EP, which also included "Mandela Day" and "Biko". All three tracks were included on the anthemic and politically-charged album Street Fighting Years. It was actually this album that ignited my passion for a band I had been largely ignoring, and led me to investigating Simple Minds earlier work.
The music to "Belfast Child" is actually based on the traditional Irish folk song "She Moved Through The Fair", although the lyrics are completely different. Frontman Jim Kerr had heard the song shortly after the Enniskillen bombing and felt sickened by the imagery. He decided to use the melody to create a song about the IRA bombings and Belfast's suffering, and also to reach out to those who had lost their loved ones - it certainly tugged at the old heart-strings. 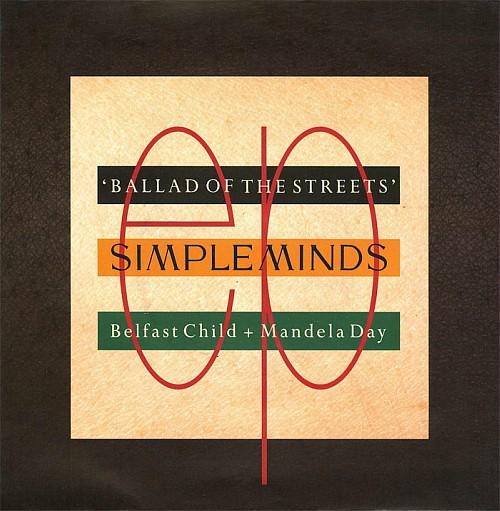 This is the 7" vinyl sleeve. Only the 12" and CD versions included the cover of Peter Gabriel's "Beko".

Indeed, I would describe this as musical perfection, and a timeless masterpiece that is still every bit as emotive as it was back then. It's also a fine demonstration of the art of great songwriting, something I feel has generally been lacking in recent times.
There are two particular elements that make the song stand out. Firstly, just when you think the song was actually coming to a close, the drums and guitar kick in, which added to the epicness of the track. This was, of course, aided by the magnificent production skills of the legendary Trevor Horn and Stephen Lipson. The ending then calms right down again and mirrors exactly how it opened.
Then we have the accompanying video, which was shot completely in black and white (another stroke of genius) and certainly made the song even more poignant, particularly with the imagery of Belfast and its suffering children. By the way, you can view the video for the band's "Mandela Day" performance further down this page.
"Belfast Child" received high praise from many (but not all) critics, with a five star rating by Q magazine. The Ep and album did not receive such favourable reviews in the U.S., where neither performed well in the charts.
Chart Performance
The EP entered the UK singles chart at No.2 on 12th Feb 1989, while Marc Almond and Gene Pitney were at No.1 with "Something's Gotten Hold Of My Heart". The single reached No.1 the following week, where it remained for two weeks. It fell to No.6 on 5th March, with Jason Donovan claiming the top spot with "Too Many Broken Hearts". The single was the band's only No.1 in the UK. The EP also reached No.1 in Ireland and the Netherlands, and reached the top ten in numerous other countries, including #2 in Belgium and #3 in Switzerland.
Penned by Simple Minds, "Mandela Day" was originally performed and recorded at Nelson Mandela's 70th Birthday Tribute Concert on June 11th 1988, and was never released until the inclusion on this EP.
Three further singles were released from Street Fighting Years, these were "This is Your Land", "Kick it In" and "The Amsterdam EP" which were all top 20 hits here in the UK. 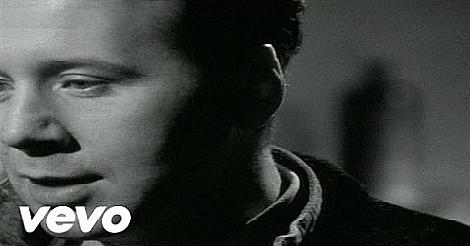